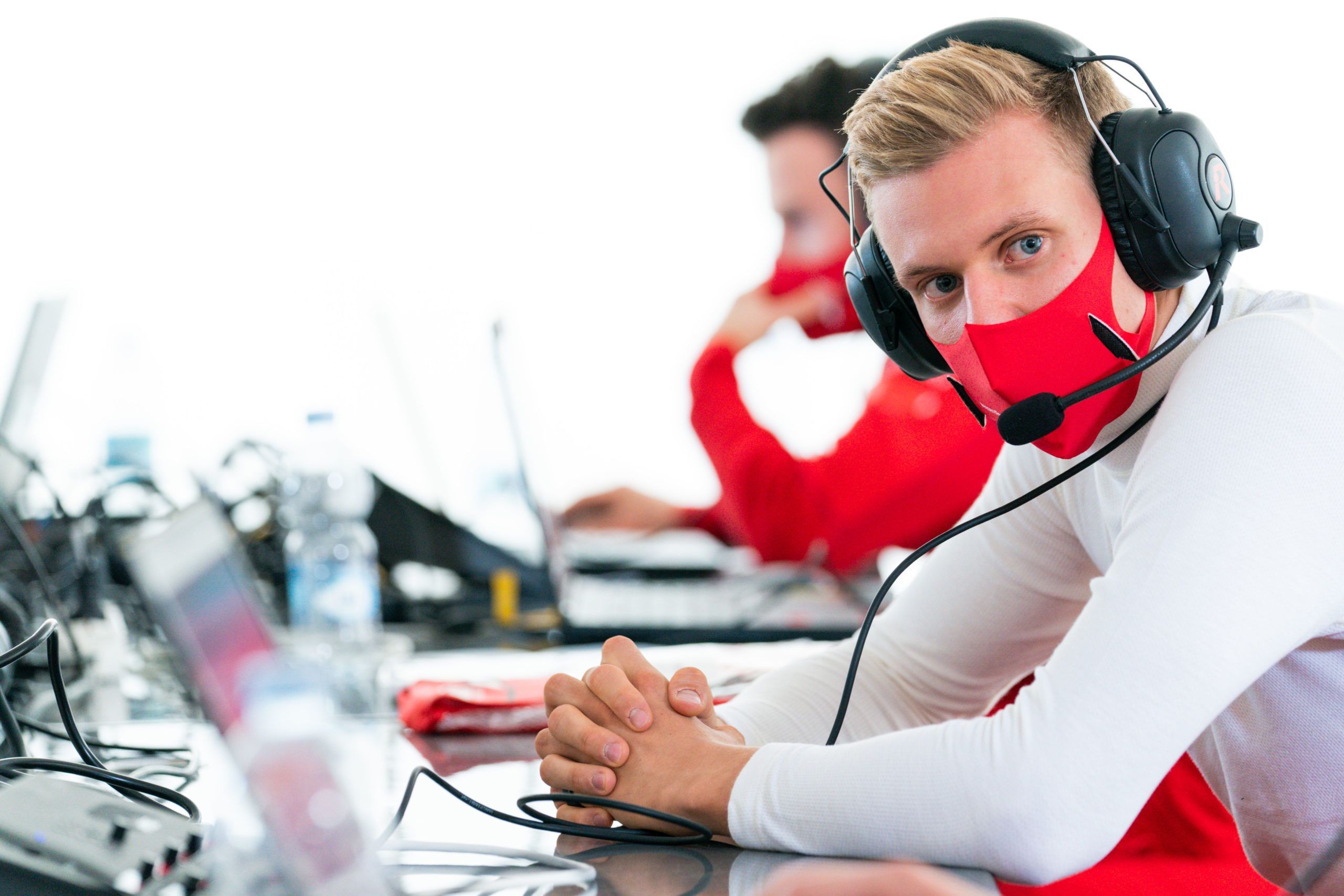 Mick Schumacher will be part of the Abu Dhabi Young Drivers’ test as Laurent Mekies talks about double trouble for Ferrari in F1 2020.

While the news about academy drivers, Callum Ilott and Robert Shwartzman, testing during Abu Dhabi Young Drivers’ F1 test post the 2020 season, was confirmed by Ferrari, the Italian manufacturer had no mention of Schumacher in their initial release.

They noted that Ilott will test for Alfa Romeo Racing on December 15, while Shwartzman and simulator driver Antonio Fuoco will drive the Ferrari SF90. Ahead of the start of the triple-header end to the 2020 F1 season, Ferrari confirmed of Schumacher testing too.

They haven’t mentioned the name of the team but it is widely expected to be Haas, with whom Schumacher is likely to race in the 2021 season alongside F2 rival, Nikita Mazepin. The German will be battling for the feeder series title in the coming weekends against Illot.

Mathematically, the likes of Yuki Tsunoda, Mazepin and Shwartzman, are still in the game too. “I have to start by congratulating the Ferrari Driver Academy students who have all done very well this season,” said Ferrari Sporting Director, Mekies.

“Three of them, Mick Schumacher, Callum Ilott and Robert Shwartzman, will be on track with other teams, while Antonio Fuoco, who works for us in the simulator, will drive our car to get an important idea of the correlation between data from the track and the simulator.

“We believe Mick, Callum and Robert have what it takes to do well in Formula 1 and our programme is designed to give them the best possible chance to do so. The test will be another important step in their education and we are very keen to see them perform on track, before working with them back in Maranello over the winter,” summed up Mekies, who is set to remain as the leader of Ferrari in the absence of Mattia Binotto.

The Italian will remain at Maranello to oversee the 2021 car – as he did in Turkey – after the troubles of 2020. In fact, speaking more on the issues of this year, Mekies elaborated on the double trouble Ferrari faced, with their car performance and COVID-19 pandemic.

“There’s no denying it’s been really tough,” said Mekies. “The situation created by the pandemic and the fact our performance was poor at the start of the season made life difficult. But everything we have been through has made us stronger, we have not lost our bearings, we never gave up and we always wanted to fight back and improve.

“I would praise the men and women in the race team for their resilience and the spirit they showed in such difficult times, as well as their families who played a vital role. I would also like to thank the fans who have always been there with us, mainly in spirit as, in most cases they were not allowed to attend the races.

“We have a tailor-made diet plan for those who travel to races in terms of their medical, nutritional and physical wellbeing. Although the restrictions caused by the pandemic have made life complicated, we have not reduced our efforts in this year, quite the opposite. The health and wellbeing of our people is vital, especially in light of the increased physical and mental stress we have faced this season. And specifically, we have arranged a fitness programme for these last three races,” summed up Mekies.