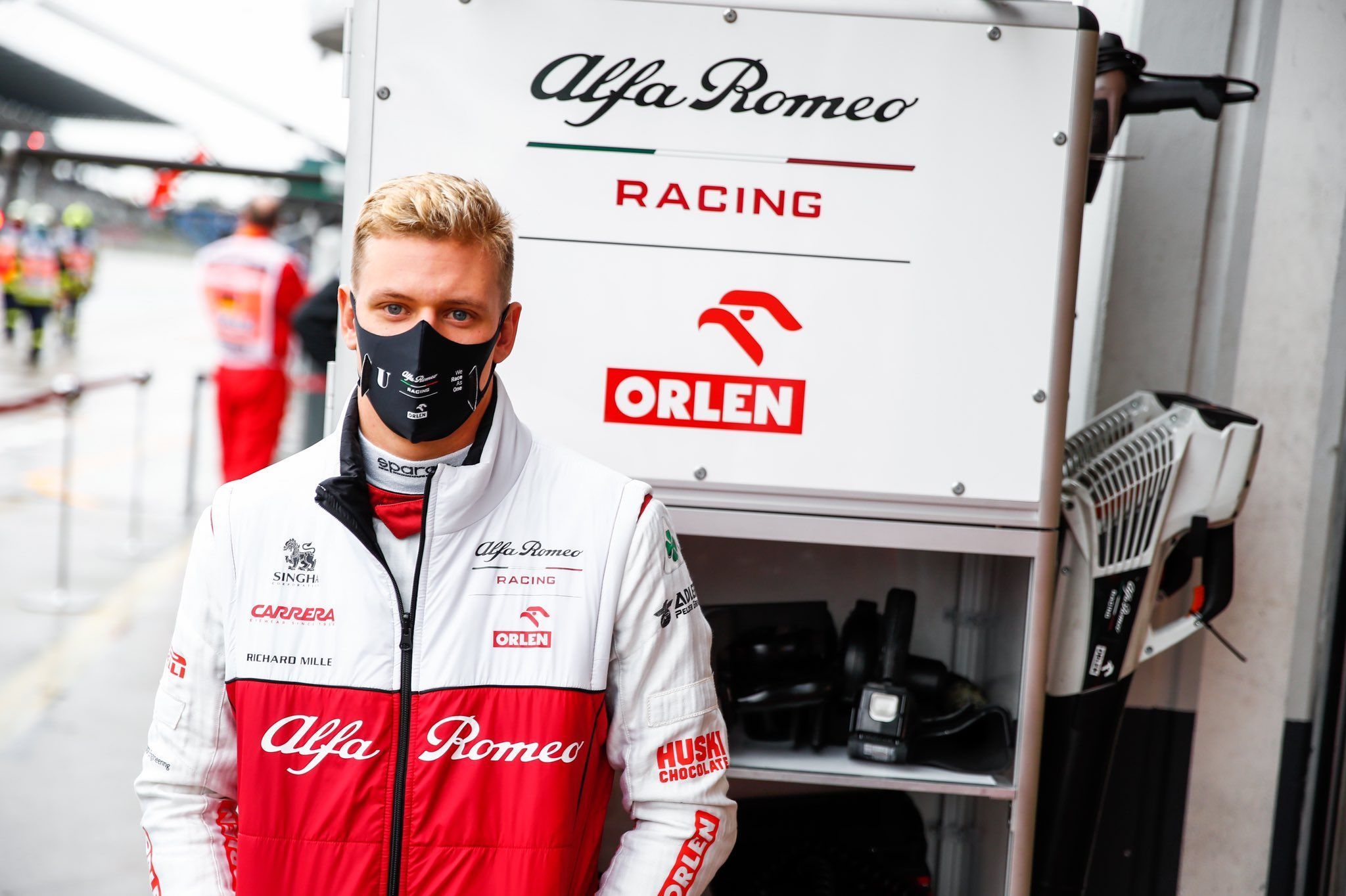 It was heartbreak for both F2 front-runners and Ferrari academy drivers, Schumacher and Ilott, as they couldn’t get to drive in the F1 Eifel GP FP1 session due to the weather conditions not allowing medical helicopter to fly, as the session was cancelled by the FIA.

Despite the miss, they had some consolation as apart from the driving, they immersed themselves into preparing for a F1 weekend, which kicks-off from Thursday onward. “I would have loved to go out and drive, but it’s still great to be here,” said Schumacher.

“I am grateful to Alfa Romeo Racing ORLEN and the Ferrari Driver Academy for the opportunity to be with the team. It is very useful to be alongside the engineers, be part of the briefings and work with the crew: this experience is teaching me a lot about the processes and the philosophy of an F1 operation.

“It would have been great to get some data for the team and I am also sorry for the fans who didn’t get to see any action, but in the end that is how it went. We can only hope there is a bit more running for the rest of the weekend.”

Meanwhile, Ilott added: “Obviously it wasn’t the most ideal session from everyone’s point of view. Nevertheless, it’s been a great experience to come here and prepare as a driver would in F1. From that side I’ve learned a lot, it certainly hasn’t been a wasted opportunity.

“I would have loved to have been able to go out and do some laps of course, but unfortunately the weather set against that. Hopefully I can get another opportunity before the end of the year, but if this is the only one then it’s been an experience. I have to take away from it all the positives I can – even with what’s happened, I’ll be better prepared for another opportunity.”

With the chance in Germany gone, it will be difficult now to get them a FP1 slot as Algarve and Imola will not be possible considering teams will require regular drivers on new tracks. Turkey is in similar space as the circuit marks a return after several years.

The only real possibility is in Bahrain but both will be competing for the F2 title, leaving Abu Dhabi as a real chance, where Robert Shwartzman was expected to drive. “It’s obviously a shame for them, it would have been a great opportunity here to make their debuts in F1,” said Binotto to F1 site.

“Obviously we may try to re-arrange in the next races, but it will be very difficult. I think the next one, Portimao, a new circuit for everyone, for F1, so I think our top drivers will need to practice as well. We’ve got Imola, which is only a Saturday and Sunday, and then to Turkey again, new circuit.

“And then it’s Bahrain, where they’ve got their F2 races, and to conclude the championship, so they need to be focused. Very likely the next opportunity now will be Abu Dhabi and not earlier. Obviously it’s a missed opportunity, but again, we have no choice.”

Outside the data released by Mercedes, regarding two COVID-19 positive cases within their team, F1 revealed their numbers on Friday – as per their set norms. They undertook less number of tests at Nurburging as they have no one from F2 and F3 to test.

Between October 2 and October 8, F1 had 1,635 tests in all, out of which, they had three COVID-19 positive cases – which is a drop from 10 last weekend. As is their rule, they did not mention the people who got it but two can be ascertained to be from Mercedes.

In fact, the third could be from them itself as Mercedes mentioned about an inconclusive third test on their team member. The total number of positive cases from the start of the 2020 F1 season now stands at 29 from over 50,000 tests they have undertaken.

Meanwhile, F1 also confirmed a contract extension with Movistar+ in Spain and Andorra, for until the 2023 season. It is a three-year contract extension as the channel is the only in the country to have a dedicated channel to broadcast the sport in 4K.

The new deal will not allow Movistar+ for larger digital access as well, something which Liberty Media is banking on globally. Ian Holmes, Director of Media Rights F1 said: “We’re thrilled to extend our partnership with Movistar+ as they continue to provide outstanding and in-depth coverage of the sport.

“Spain is an important market for us, especially with such brilliant Spanish talent growing in the championship like Carlos Sainz and Fernando Alonzo making his much anticipated return next season. We look forward to continuing to grow our relationship with Movistar+ as the sport enters an exciting new era.”

Meanwhile, Juan Andres Garcia Ropero, ‘Bropi Sport Director of Movistar+ added: “For Movistar to be able to extend our relationship with the F1 is great news. F1 is one of the most in demanded competitions from our customers, we have a dedicate a 24/7 channel, which has great  dedicated content each weekend.

“This good news comes at the best possible time, with audiences rising at every Grand Prix and with a very exciting upcoming future, thanks to the return of Fernando Alonso and Carlos Sainz joining Ferrari.”

Here’s news from Mercedes regarding COVID-19