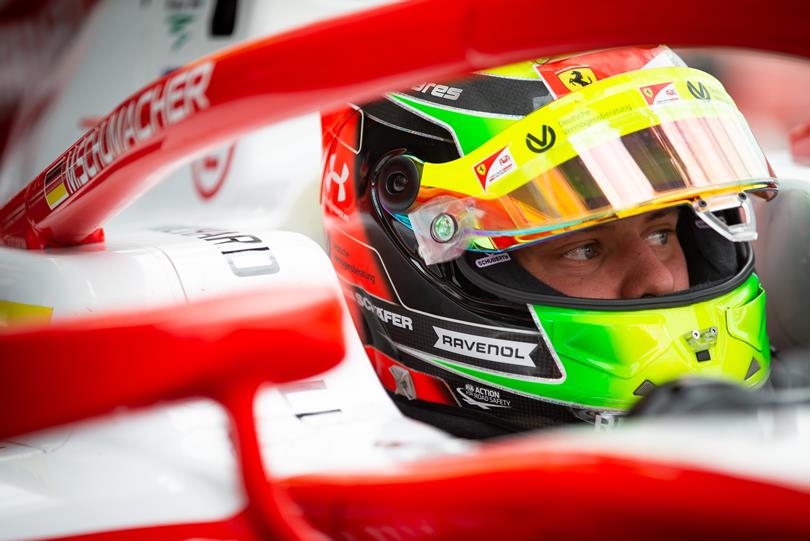 Mick Schumacher hopes to spark some fan’s memories of the Ferrari F2004 with his scheduled demo run in F1 German GP.

The FIA Formula 2 Championship driver was announced to drive Michael Schumacher’s 2004 F1 title-winning Ferrari F2004 during his home German GP at Hockenheim, as a tribute to the German. The F2004 is the last car which Schumacher led to glory.

Schumacher Jr is to drive the car on Saturday before the qualifying session and also on Sunday before the drivers’ parade, with whole of his family watching from close quarters. The last time he drove Michael’s Benetton B194 during 2017 Belgian GP.

The German hopes to revive some fan memories of the old with his demo run. “I think it will be special,” said Schumacher. “I have a lot of good memories of Hockenheim, particularly from winning the Formula 3 European Championship there last year.

“So, to drive this car around there on a Grand Prix weekend is pretty amazing. I’m already very excited. I just hope everybody will have as much fun as I will. I hope the fans will be equally excited. The F2004 is a symbol of great times for F1 in Germany.

“I imagine that some of the spectators will have flashbacks to those times. I will do my best to help spark those good memories and I’ll try to make sure that everybody has a great time.” Talking about his preparations, Schumacher has none.

The German revealed that he will only have the seat fitting done on Saturday morning and with it only being demo laps for pleasure, he is not too worried about the lack of time in the car, as he thanked the current owner for allowing him to drive.

Michael scored 13 wins and a total of 15 podiums in the 18 races that season in the F2004, which included a win in the German GP. When asked Mick, if he remembers any of it – as he was only five-years old then, he said: “To be honest I don’t.

“Obviously I know what he achieved in the F2004 and that he won the German GP that year but I think I was too young to take it in. I’ve seen the highlights but I have to admit I don’t really have any memories of it. I more recall our races at home in the garden.

“Since the F2004 was such a dominant car it will be thrilling for me to find out how it feels to drive it. It’s going to be exciting to experience the power of the engine, and I am very curious to understand how cars from that era feel on track.”