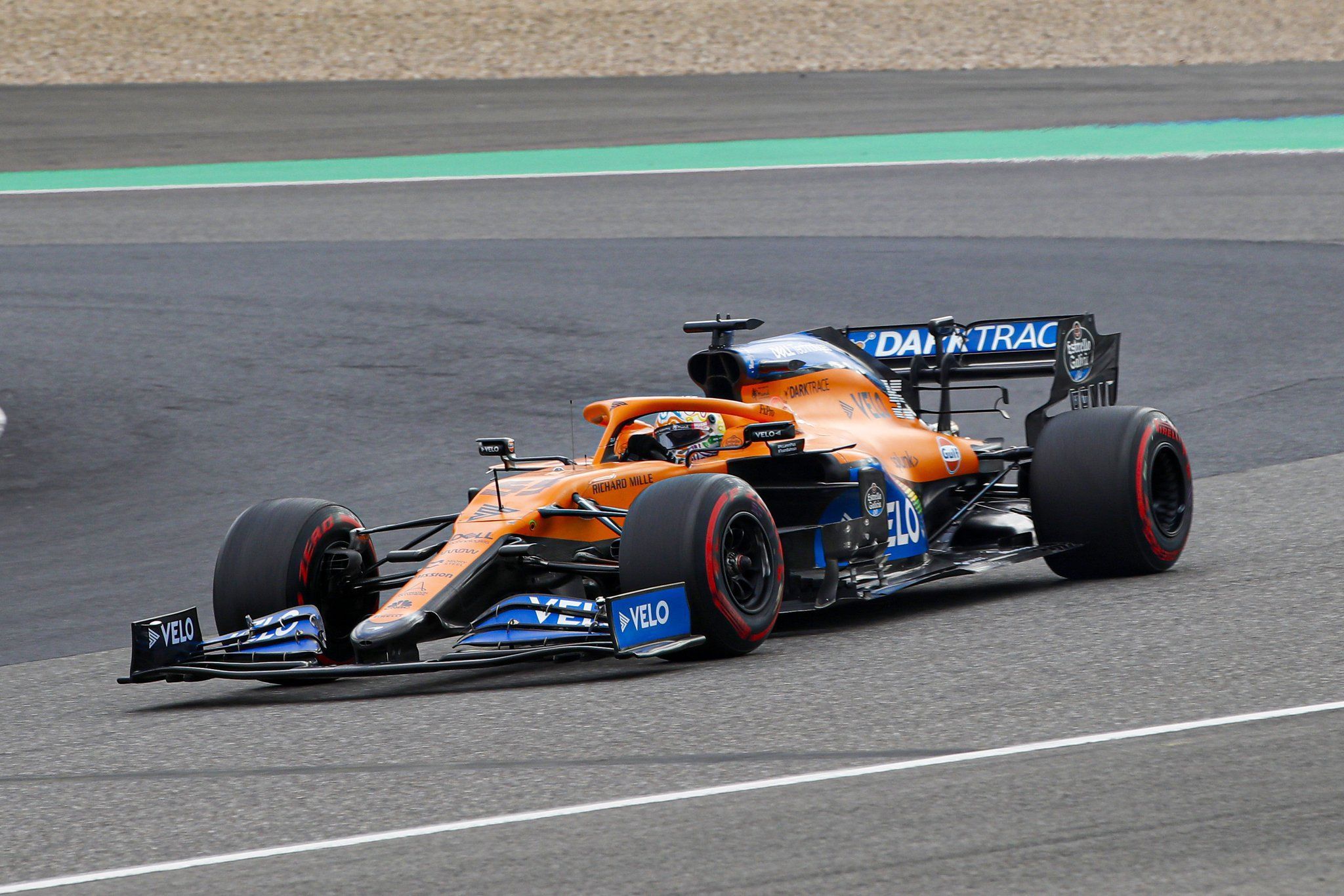 Carlos Sainz believes if upgrades are good, they tend to work straightaway, which he reckons was not the case with McLaren in F1 Eifel GP as Lando Norris talks about his race-ending problem being a concern.

In recent races, McLaren have brought a plethora of upgrades to their 2020 F1 challenger, all of varying significance. What began as a redesigned nosecone to suit a cape was soon joined by further upgrades to the front wing, and other areas of the car.

However, these upgrades have thus far been unsuccessful at achieving their goal. Particularly, upgrades used by the team at the Eifel GP and Russian GP rounds did not bear the fruit anticipated, even working against the drivers at certain points, as per Sainz.

There remains questions over the upgrades, and whether or not they can be refined throughout the course of a Friday practice session, but from what he has felt, Sainz lacks confidence in the changes. In Eifel GP, McLaren did not the chance to run on Friday.

They decided to gamble and put the upgrades in Sainz’s car on Saturday, which remained until the race. “To be honest, we were been struggling all weekend with balance and with the graining we had,” he said to TV media. “I am not really happy even finishing P5 as the feeling with the car was not there.

“Not having the Friday, we couldn’t understand what the package was doing, so needed to go into qualifying and the race with something unknown. We didn’t get it into sweet spot but I know good upgrades tend to work straightaway, so we need to investigate why it didn’t. In fact, Lando, in the old package that weekend, seemed to be happy. Like the car was performing decently.

“When I ran the old car in Russia I was happy, and when he ran the new bits, he was unhappy. There are a couple of question marks there, mainly we just need more time on the new package and time to develop it because without the Friday here we didn’t have time to develop it,” summed up Sainz, whose efforts to downplay the severity of the problem in the face of probing inquiries from Sky Sports’ Nico Rosberg largely failed.

The 2016 champion had asked the McLaren driver where the graining was most troubling, also inferring based on Sainz’s comments that the issues were primarily due to a lack of downforce at the front-end of the car. Sainz said in response, while chuckling: “I don’t know. Don’t say that, please.”

Lacking confidence in upgrades, however, did not translate to poor performances from the Spaniard. While at points pace was not competitive, the Sainz managed fifth, having pieced together a strong strategy, and admittedly benefitted from the DNFs of those ahead.

“We have to be fairly happy with P5 and those 10 important points,” said Sainz. “I managed to be consistent on track and took advantage of the opportunities. However, our main competitors finished ahead and seemed to have better pace throughout the race.”

Sainz enjoyed a more fruitful outing when compared to his McLaren teammate, Norris. The Brit ran well until an engine issue arose in his brand new power unit, at first demanding that he continually fiddle with settings, before ultimately bringing about the end of his race.

“We had the issues around Lap 20 or 25, and we found some ways of managing it,” said Norris to TV media. “But managing it was very difficult, I had to push buttons and [I was] doing things every straight. It was very tricky.

“It took a lot of focus away when I was trying to do these, but we still were in the points at that time. There was potential to be in the top ten, until it went completely and it was no more. We tried everything we could, but it was out of our control.

The detail that Norris was using a new power unit is cause for concern in Woking, much like the aerodynamic upgrades that did not instill confidence in its drivers. “That is a concern,” he said. “I don’t know, it’s not ideal obviously.

“I’m not sure what the damage is yet, especially after the final park, when it shut down completely. It doesn’t put us in a good position, having to change the PU and now potentially going to a third,” summed up Norris.