Home In the Spotlight Askew to leave Arrow McLaren SP after 2020, will race St. Pete... 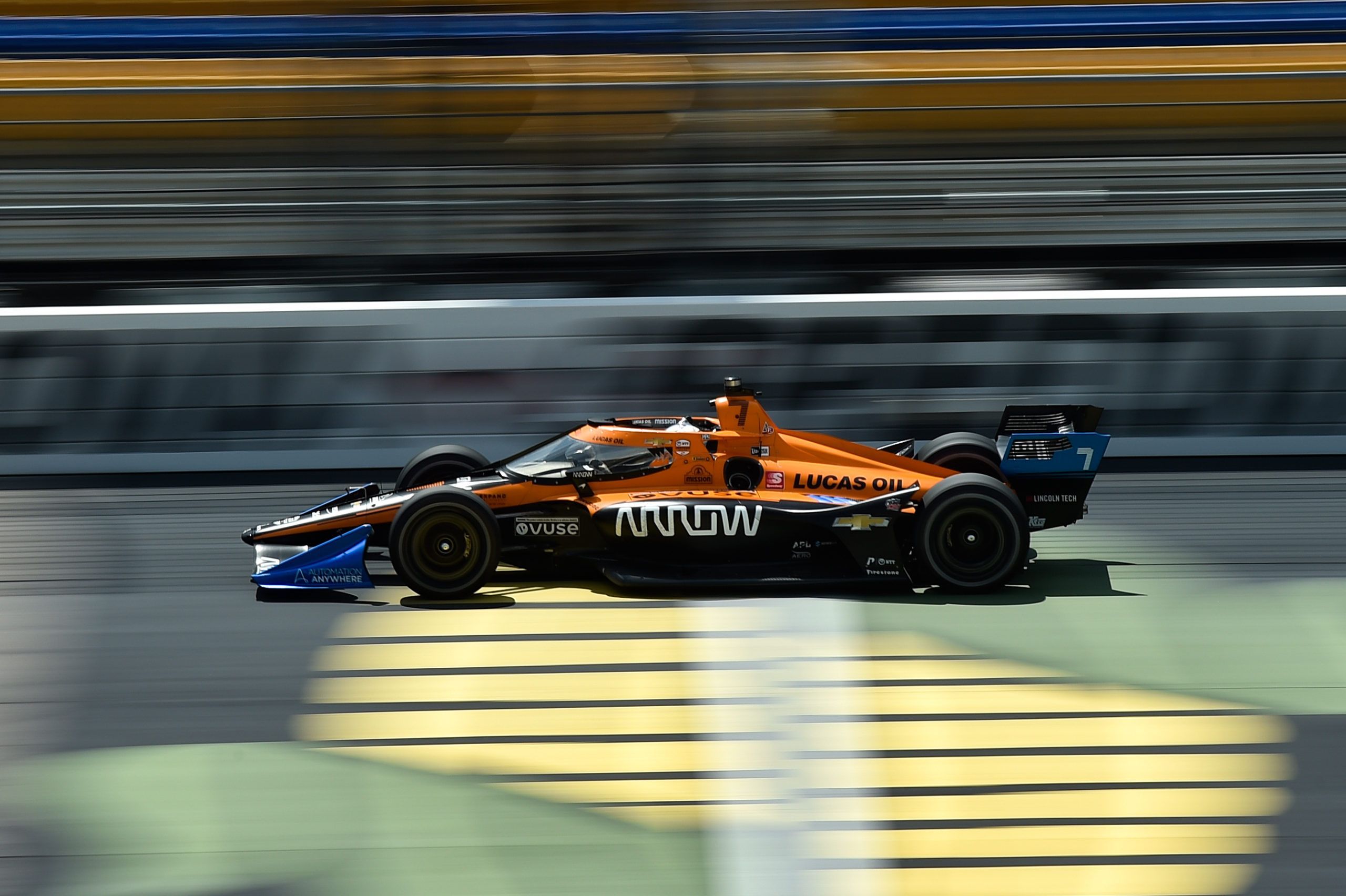 Oliver Askew and Arrow McLaren SP announced Monday evening that the rookie will cease his involvement with the team in IndyCar after 2020.

Askew excelled in his IndyCar debut at Texas in June, quickly adapting to the series’ unique challenges. However, in the race that followed – this one on the IMS road course – he crashed out, and he would suffer a similar fate in the races that followed at Road America with lackluster performances at the lakeside track.

In Iowa, he was able to cement his status as an exceptionally strong oval driver by claiming the first podium of his career at the bullring oval. However, the second race of the doubleheader would not go his way.

A mistake as he navigated carnage at the Indianapolis 500 a race later saw Askew hit the barriers with extraordinary force, and after yet more misfortune marred the doubleheaders at Gateway and Mid-Ohio for the Floridian, it was learned that he had been experiencing concussion-like symptoms.

He was barred from contesting the Harvest GP doubleheader as a result, but even before then he trailed the leading rookies. And, while it is not known if performance was the cause for the divorce, it is considered a potential factor.

Other reports state that a quote from the agent of Askew from late last month put the team into disrepute. A statement from the team did not address this, but it did clarify that he will be contesting the Grand Prix of St. Petersburg in their colors so long as he is deemed fit to do so. A replacement for 2021 has not been specified.

Said Arrow McLaren SP co-owner Sam Schmidt of the split, “We believe that Oliver [Askew] has a great deal of talent and potential for the future. He has had an incredibly difficult rookie year, with a lack of overall track time and recent medical issues. We want to give Oliver [Askew] the time to pursue new opportunities for 2021 and the ability to race at St Pete. Come the end of the year, we will wish Oliver the very best in all of his future endeavors and he will always be a friend of the team.”

Askew added, “It’s been a steep learning curve this year but I appreciate all of the experience I have gotten with Arrow McLaren SP. I’ve certainly had to develop very quickly as a driver and I know I have shown my speed and capability when able to this season. However, I think it makes sense to pursue the next chapter of my career outside the team. I am grateful for all the support I’ve received from my crew, the team and all the fans. I wish the entire team well in the future.”

UPDATE: Since this clarification with regards to the future of Askew, Arrow McLaren SP have confirmed Patricio O’Ward for the 2021 IndyCar season. It will be the Mexican’s third year in the series, but only his second-full time bid after a promising 2020 campaign with the team.

Wrote O’Ward in a press release from the team, “I am beyond excited to be racing with Arrow McLaren SP next season to build on what we have accomplished so far this year. Such a great group of people who truly have welcomed me like a second family.”

Schmidt added of this recent news, “Given how much change I have seen in my career to this point, it is invaluable to get the opportunity to put down roots and build on a foundation year over year.” The entire team and I are thrilled to have Pato back in the car next year.

“He has shown incredible form this year and has kept himself in the championship hunt all season long. I think he has the potential to compete at the highest level in the NTT INDYCAR SERIES for a long time,” Schmidt said. If there is to be another driver in their line-up next year – and this is considered likely – a second driver will be announced down the line.

UPDATE: Since this article’s writing, it has been announced that Askew will in fact contest the Grand Prix of St. Petersburg, as the rookie rounds out his rookie season with the team and bids them farewell.

This news comes after he was declared fit to race by the IndyCar medical team, who had come to the exact opposite conclusion after the Mid-Ohio doubleheader.