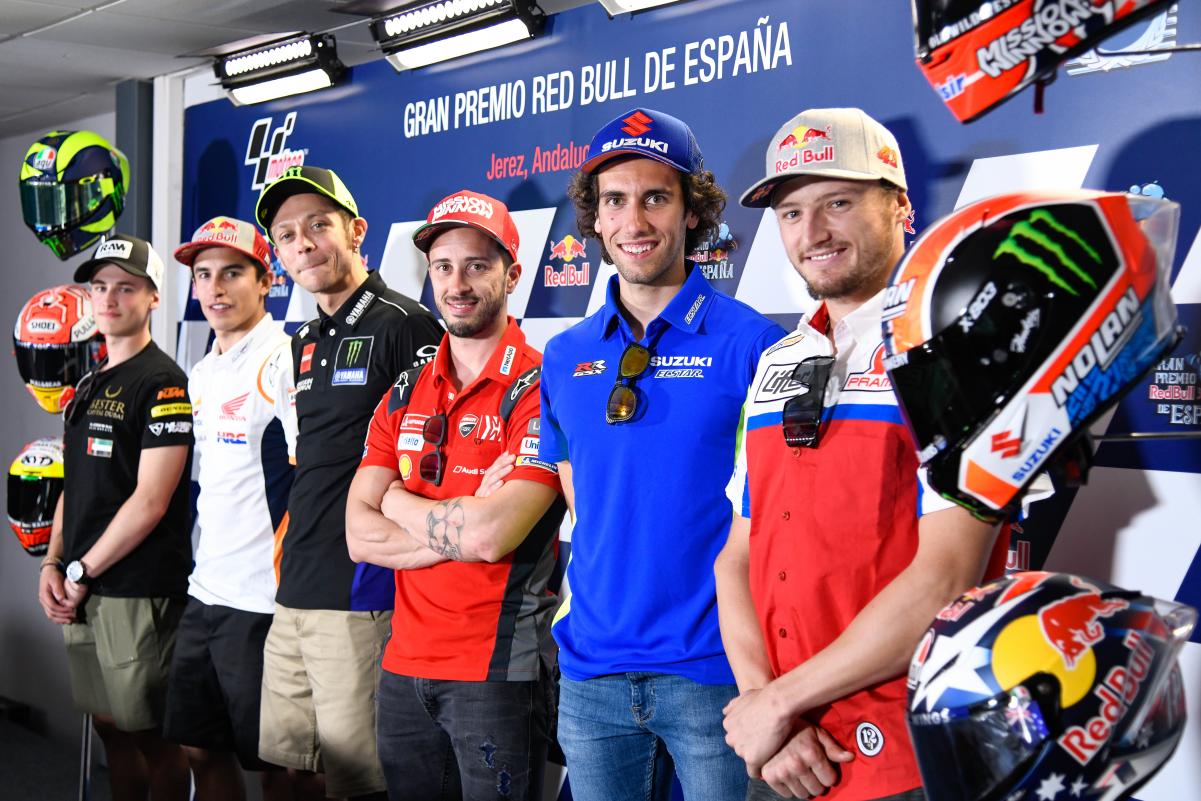 With the 25th death anniversary of Ayrton Senna just a day before MotoGP’s Spanish GP press conference, the riders shared their memories of the Brazilian with Valentino Rossi remembering bit by bit of the sad F1 weekend.

Rossi was already 15-years-old when Senna died in a crash during the F1 weekend at Imola in 1994 along with Roland Ratzenberger. There was also a heavy shunt for Rubens Barrichello and Rossi remembers it all when asked about his memory of the Brazilian.

“I think that Senna is one of the most iconic drivers or motorsport athletes in history, for a lot of different reasons but especially his charisma and talent. He is an inspiration for everybody,” said the nine-time world champion.

“I remember very well that day [at Imola]. I was in Vallelunga and it was something that you think is not true. Because all weekend was difficult, already Ratzenberger died on Saturday and also Barrichello had a big crash on Friday.

“So looks like they arrived at a point where F1 was too dangerous. And Senna said this a lot of times during the weekend and it looks like he didn’t want to race, but at the end he raced and when the crash happened and he remained in the car, from the television it didn’t look real. But unfortunately it was like this.

“I think it was a very sad day for motorsport, because we lose one of the best in history. But it was like this. And, fortunately for the future they changed [the cars] but unfortunately a little bit too late.”

His fellow countryman Ducati’s Andrea Dovizioso did not go into details but mentioned about the impact of Senna’s death, which brought huge safety improvements in F1. “He was a special driver and everybody loved him,” he said.

“I think, for the way he drove but also the way he lived. I was very young [when he died], but I remember it was a really bad day. But this is unfortunately part of the sport and at that time unfortunately the cars were more dangerous than now.

“So with that crash you couldn’t do anything. Fortunately, after that, they changed the rules on the cars and improved a lot the safety. Unfortunately this is our world. But he was amazing, I think for everybody.”

Meanwhile, for Honda’s Marc Marquez, Suzuki’s Alex Rins and Pramac Ducati’s Jack Miller, they do not have much memories for Senna but all three were in awe of the talent when they watched the videos of him racing when they grew up.

“I know all his history, the way he drove, the accident and everything,” said Marquez. “He was one of these drivers that I like because he gave everything on the track. Sometimes an athlete or sportsman, it doesn’t matter how many titles or championships you will win.

“It’s the way to drive, the way you ride, the way you give everything on the track and the passion. He was that kind of sportsman that I like and would like to be.” At the same time, Rins – who wasn’t even born when the incident took place – added:

“I didn’t know him because I was born in 1995, but I saw a lot of videos of him on Instagram, YouTube and he was an incredible driver. It was unbelievable the way he drove. So for sure it’s a shame but the safety for the cars has improved now.”

Here’s how the world of motorsport remembered Ayrton Senna