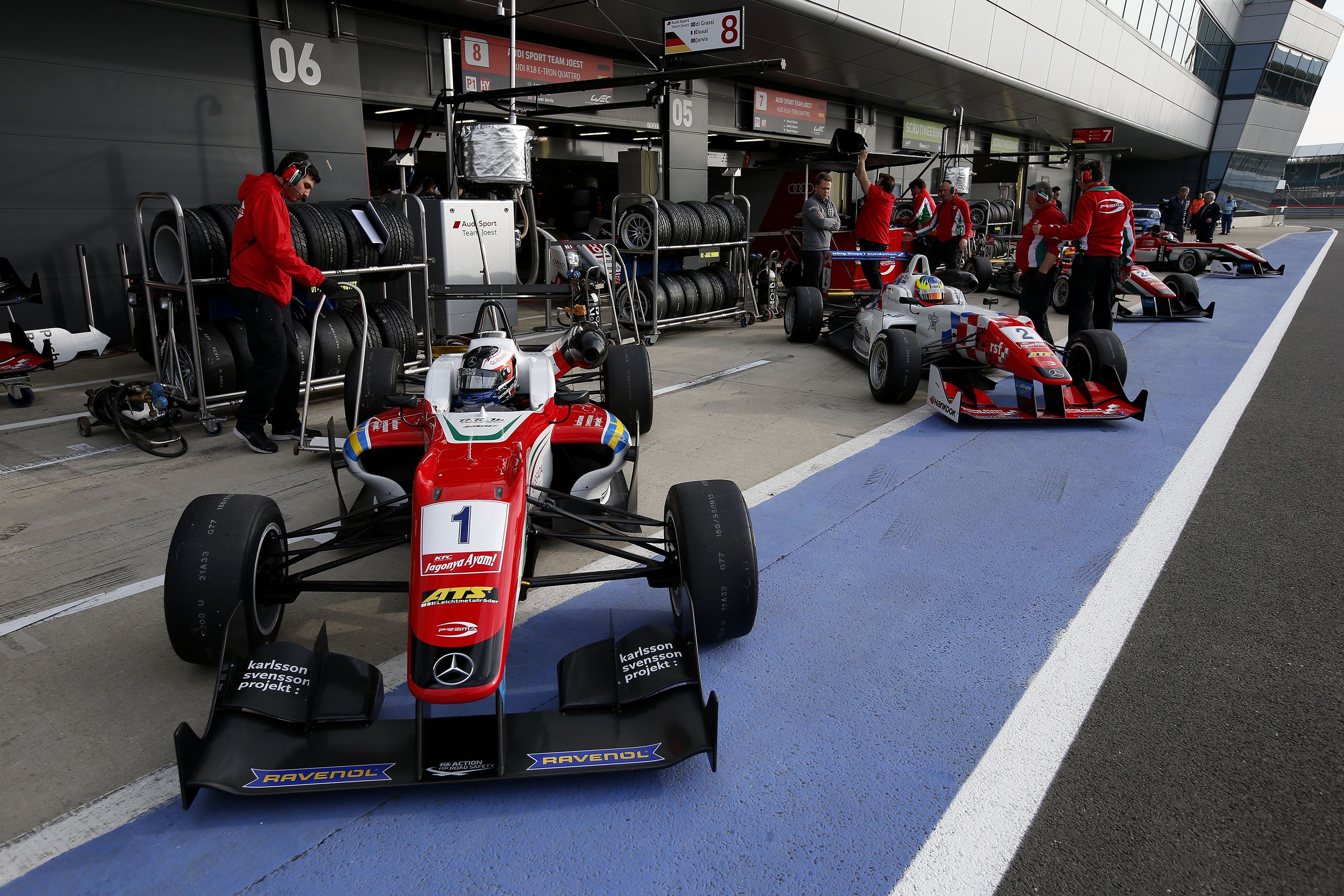 Experience proved to be the key to achieving one of the fastest times, with Rosenqvist and Dennis for Prema Powerteam and Giovinazzi for Carlin claiming the top 3 spots on the grid. Alongside Dennis on the second row is compatriot George Russell, who narrowly pipped Charles Leclerc to qualify as the best rookie.

Rosenqvist  headed the pack once more in the second qualifying session, this time just over half a tenth in front the improving Charles Leclerc.

Many of the rookies moved up the field, Leclerc and Russell switching places and moving up ahead of Giovinazzi and Dennis – the latter slipping to 7th behind Albon and Maïsano.

The American Jagonya Ayam duo of Menezes and Tveter squeezed into the final spots in the top 10, putting themselves in a good position for a chance of scoring points in tomorrow’s second race.

Rosenqvist and Leclerc remained on top for the final qualifying, with Giovinazzi switching grid spots with Russell to complete the top 3.

Spots 5 to 9 will be occupied by the same drivers as in qualifying for race 2. Red Bull junior Callum Ilott qualified in 10th for what will be his third single seater race in his career.

Race 1 of the weekend and of the 2015 FIA F3 European Championship will begin at 10:20 GMT. With the weather set to be taking a turn for the worse, will Rosenqvist be able to hold his lead, or will the rookies seize the opportunity in colder conditions to claim a maiden F3 victory?