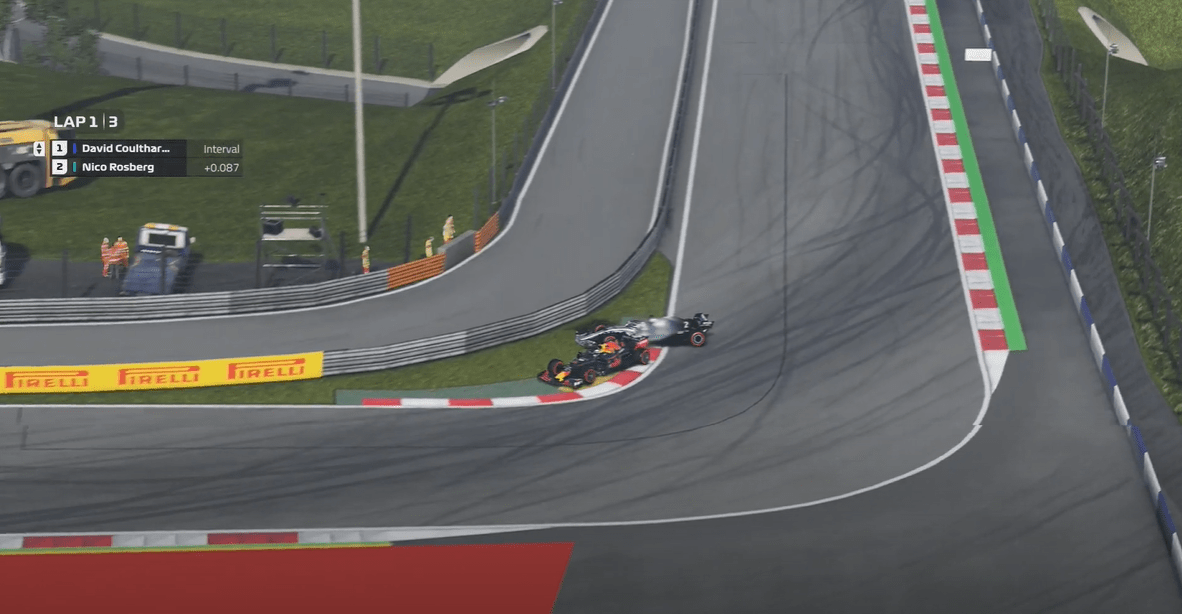 With Virtual GP not scheduled for this weekend, F1 ran Challenge Heineken Legends with the likes of Coulthard, Rosberg and Robert Doornbos along with some of footballers in the mix. They kick-started the event with first one on one at Brazil’s Interlagos.

They had Coulthard in the Red Bull Racing car on the F1 2019 game against Roberto Carlos in the McLaren. The Scottish racer took the win in three head-to-head one-lap tussle by 2-1, which was the same between Rosberg (Mercedes) and Doornbos (Toro Rosso).

The second event had more on-track dramas and barging but Rosberg took it on to progress to the finals, which took place at Red Bull Ring. For the first race, the German used the Mercedes but he switched to Ferrari for the second one-lap outing.

Coulthard, however, took the victory by two to nil after a gritty fight between the two. The second challenge had a five-lap race at Yas Marina circuit where Rosberg took the lead early on to eventually win the race from Doornbos and Coulthard.

The final race took place at Circuit of the Americas where Rosberg and Coulthard had six other influencers and ESports racers along with Doornbos and Carlos for 14 laps. It was a chaotic start with multiple incidents involving all of the racers.

There were more dramas then with spins for Rosberg and Coulthard as they ended up eighth and 11th, while Tiametmarduk took the win in his Renault from Jay PietSmiet and MaximeMXM in the Top 3. The German took the overall win over the Scott by 4 points to 3.

Here’s the full video where you can watch it: https://www.youtube.com/watch?v=oIkY5yhaR74

This happened as well: