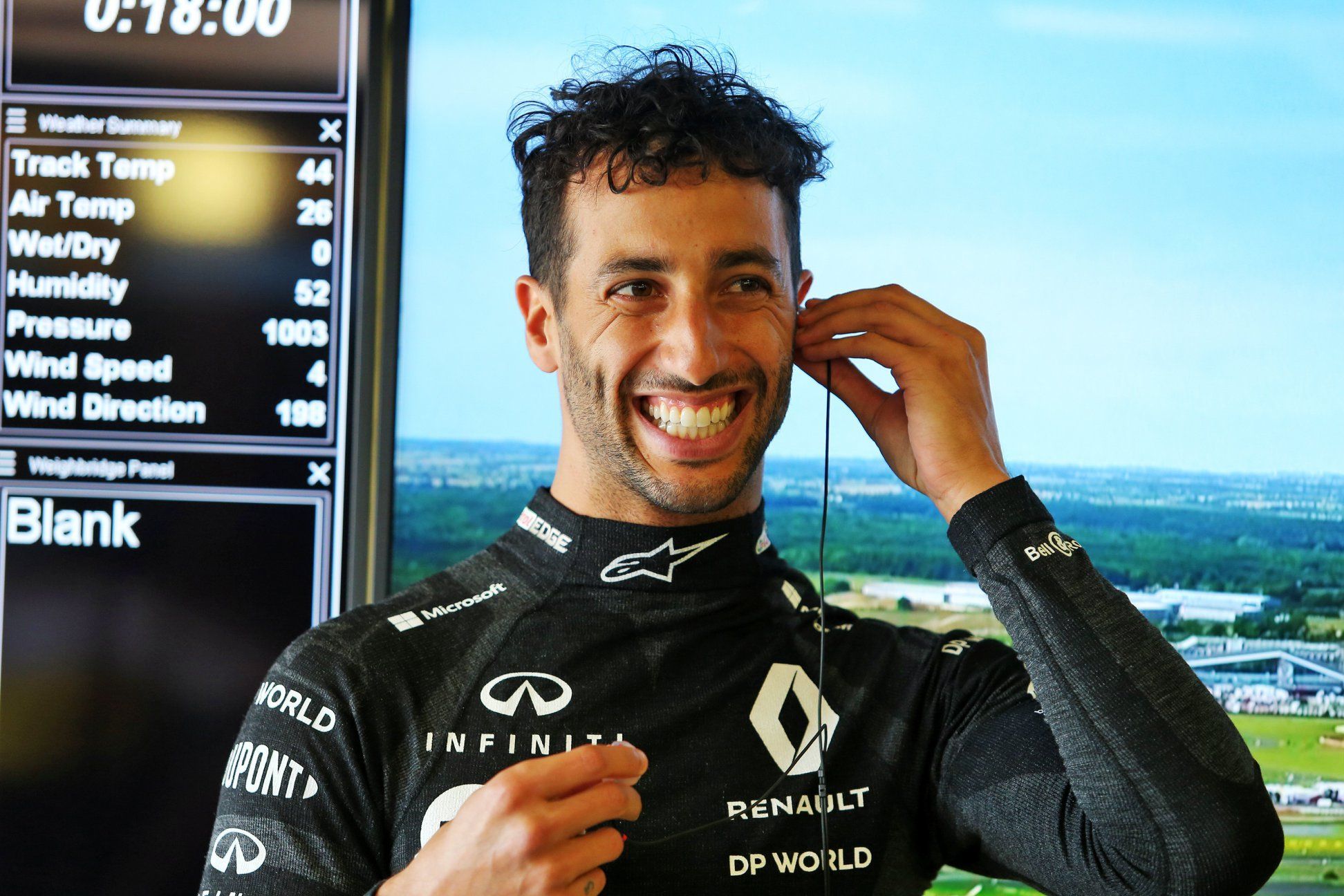 Daniel Ricciardo has opened up about a F1 podium bet with Renault boss Cyril Abiteboul as Carlos Sainz says issue has been found with his McLaren MCL35.

After the bet between Antonio Giovinazzi and Frederic Vasseur last year about scoring points, Ricciardo has revealed about his, with Abiteboul, this year regarding Renault scoring its first F1 podium since its return to the sport in 2016.

The bet is for Abiteboul to get a tattoo, something which Ricciardo has in abundance on his body, much like Lewis Hamilton. “I’d be lying if I said no with regards to a podium,” said the Australian to media including Racefans.net, F1, Motorsport Network, BBC and more.

“It’s more if the opportunity presents itself and we miss out on it, then I’d be disappointed., But if I race every race my hardest and I finish sixth every race, then I’m probably not going to be devastated. But I do want to stand back up there and be delivered a trophy on a robot or whatever they’re doing now. I miss that.

“And I’ll probably get a fine for drinking out of my shoe, but it will be worth it. As for the bet, it’s a bit foggy. I believe he chooses placement and size, but I choose the design. But we’ll clear that up, but it’s a tattoo and he does not have any so it’s a big deal for Cyril. I think it will be something spontaneous, spur of the moment.

“It has to be something funny. When he looks at it, he shakes his head and goes ‘ah, remember those times, one of those ones.” Aside his usual jokes, Ricciardo pressed a serious face regarding their qualifying performance put up last weekend.

“It’s not a freak one off,” said Ricciardo. “It’s there. Or at least I feel it is. Is it going to be there every weekend, maybe a top five could be a stretch but I think we definitely proved we’re a Q3 car. I think the only way we miss out on Q3 is if we make a mistake, if we make a mistake on our laps.

“But if everything is running smooth we should be there. We’ll see what happens here, but I’m excited to get some more good qualifying and then convert them to a good race.” While Ricciardo seemed upbeat, his direct rival, Sainz is not having a best of times.

The Spaniard said he needed few days to digest the first few F1 races where a lot has happened. But after analysis, Sainz says that McLaren has found some issues with his MCL35 which they are hoping to rectify in the coming races.

“We are putting everything in place this weekend to try and solve the issue,” said Sainz. “The team will probably talk about it in briefing, all the things that we’re trying to change to try and address this issue, but from my side, I just can tell you that I was obviously not happy about last weekend, having to carry that deficit into qualifying and the race, which made obviously my life a bit more difficult.

“But at the same time, I’m confident that the team is trying to put everything they can together to try and solve this issue. We are not sure if I’m going to have it or not tomorrow, we are sure that we are trying to solve it as much as I can. But it we will be continuous work going into tomorrow to see if the problem has disappeared.

“Let’s see, it’s a bit of a question mark. And I don’t know the answer yet, because we need to switch the engine on, go on track, and see if the problem is solved. But I’m hopeful after changing so much stuff that this is going to go away, and I can have a normal weekend.”

It is believed to be a cooling issue which Lando Norris is not facing. To add to his misery, both the drivers have had troublesome pit stops which Sainz says Andreas Seidl and his team is working to perfect, as they have lost lot of points because of that.