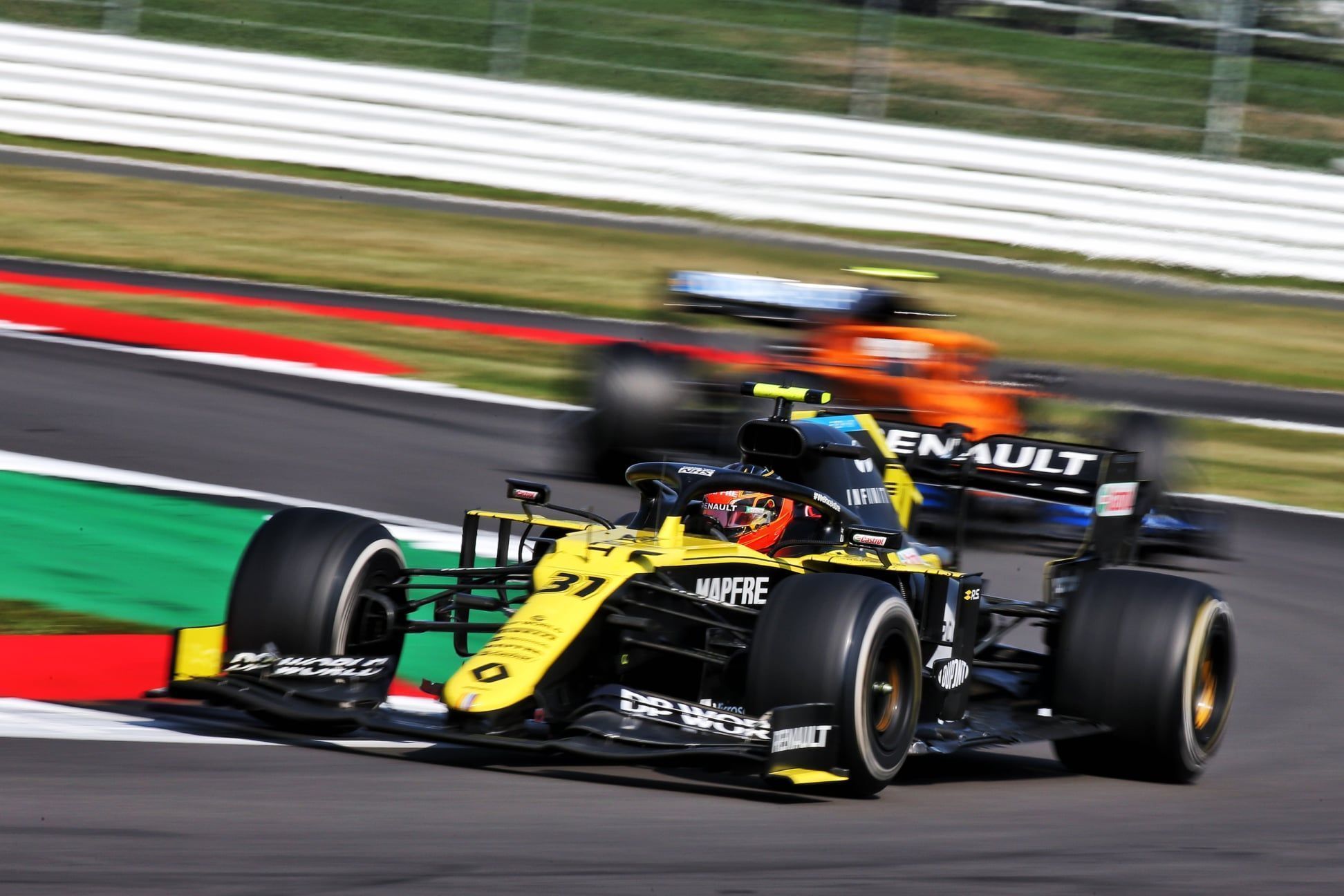 Esteban Ocon also feels that Renault is much better than eighth after his one-stop run in F1 70th Anniversary GP as Daniel Ricciardo says spin ruined his chances.

Renault’s Ocon may have finished the F1 70th Anniversary GP two positions lower than he did the British GP last weekend at the same venue, but for the Frenchman, the result was achieved in a much more satisfying manner, having started from lower half of the field.

While his sixth-place finish was rewarding, he benefited from the tyre failures of two drivers, and potentially, the DNFs of several others. This, compared to the second Silverstone race, in which Ocon carefully managed a one-stop strategy to be eighth – only he and Charles Leclerc managed to see-through on one stop inside the Top 10.

For this result, he is far more satisfied, though he did say that his car was capable of more than eighth – a fact that was cause for some disappointment, if not motivation. “I am very satisfied as we also made the one stop work which was not easy,” said Ocon.

“A lot of thinking went into that but it was a good start and good pit stop with all the information that I had from the team was spot on which made me able to move forward. We needed to save in some corners more than others to do one stop, we need to push at key moments of the race.

“Without giving too many details, just being smart with all the fighting. There were five cars at some point behind me with different strategy, including a Red Bull and Carlos, in there, I was having in mind that I still have 30 laps to go. It was difficult but very positive in the end.

“I think the car is capable of more than eighth, we have seen in qualifying that Daniel could go to fifth which is what we need to improve on my side to be up there and in the race, the car is quite quick as we are not shy of fighting with the bigger boys, so that’s very positive,” summed up Ocon.

Having had a one year break, Ocon has returned well in F1 with three points finishes in the five rounds so far to be 10th in the standings, right behind teammate Ricciardo, with 16 points. His Saturdays has been a tough, something which he needs to get it right.

In contrast, no part of Ricciardo was satisfied with his poor finishing position of 14th. Not only was this lower down than expected, it was 10 places lower than he finished in British GP, nine positions lower than his starting position and six behind Ocon. It was far from what would normally be considered a trademark Ricciardo drive.

To add insult to injury, he suffered a spin at the mid-point of the race, while fighting Carlos Sainz, which sealed his fate. “I think it was a race that just kept getting away from us from the time we stopped the first time,” said Ricciardo. “It is a tough one, in hindsight, we could have gone longer and tried to just out the hard on.

“We came in for medium and that got destroyed, we couldn’t much laps with it, so that was certainly unexpected. We pitted for the hard and we came out in a group, as the medium stint wasn’t good. In the fight, tried to defend from Carlos, I lost the car and I spun, killed those tyres. The spin put us out of the race, it just got away from us, just a shame.

“I am not convinced if the car was as good as we expected regardless. I don’t think it was a podium car but there were still some points available, so we will try to figure out what we can do better. Obviously, I can not spin but I think we will try not to be in that mess.”