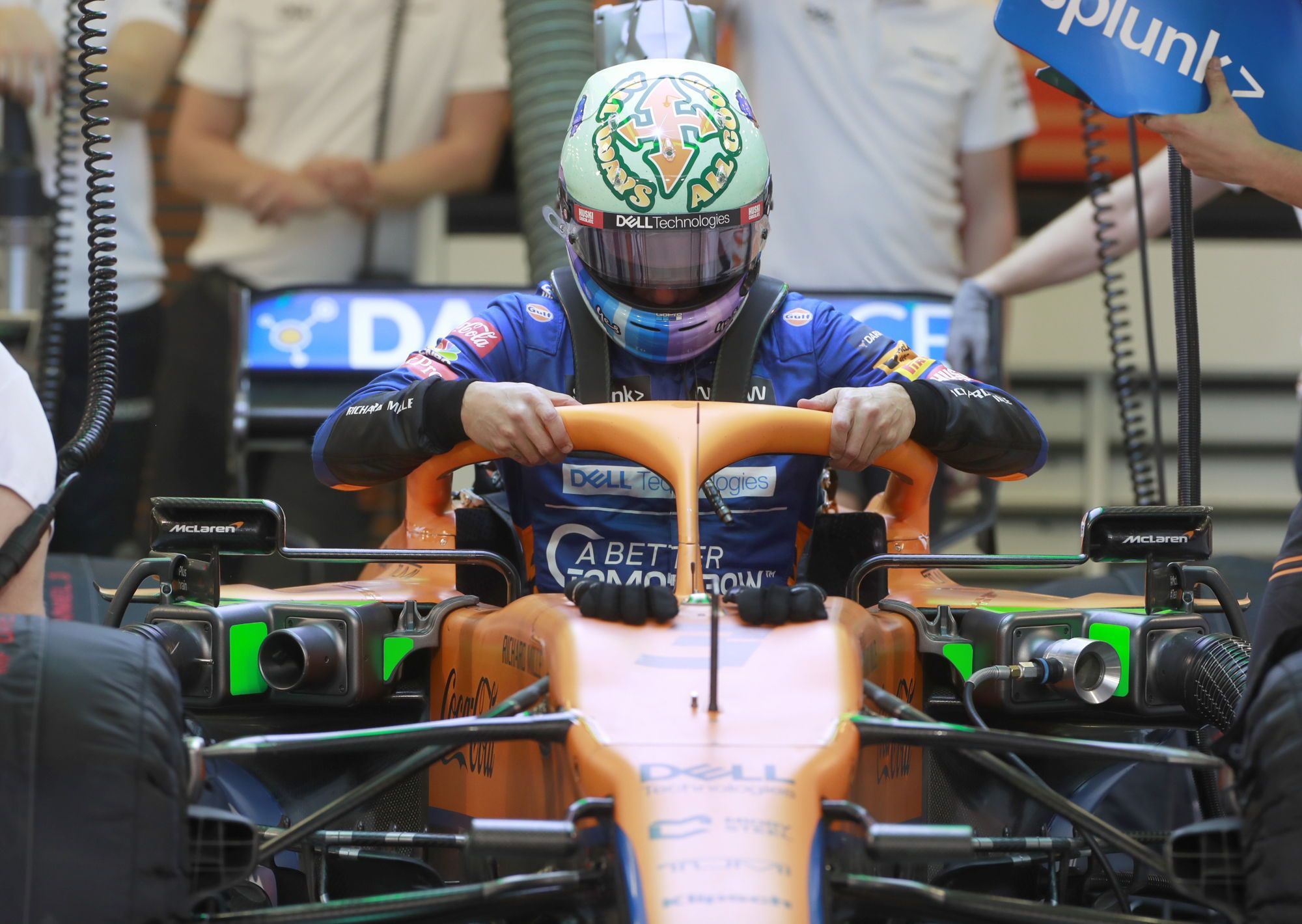 In an interview to Square Mile, the McLaren driver touched upon various topics, one of which was a reiteration of what he said last year. Back then, as well, Ricciardo did not wished to see so many repeats of Romain Grosjean’s accident, which is same now too.

He understands the different point of view but personally doesn’t like to go through the F1 social media channel, particularly, after a heavy crash. “I think last year, F1 put on their social channels, like, ‘top 10 moments of the year’ or something, and eight of the ten were crashes,” said Ricciardo. “I was just like, you guys are fucking idiots.

“Maybe 12-year-old kids want to see that kind of content, and that’s cool because they don’t know any better, but we’re not kids. Just do better, guys. Do better than that,” he summed up, before adding more on portrayal side, especially on Drive to Survive, between Ricciardo and former McLaren driver, Sainz – who moved to Ferrari.

Ricciardo felt the Netflix crew did try to exaggerate it a bit. “I think the first season of Drive To Survive was awesome,” he said. “I spend some time in the States, and I noticed it literally from one trip to the next. It was the first time I started being recognised and people referencing that TV series.

“So it certainly did us wonders, even – not to talk social media – but numbers on social media went nuts. It did a lot for us and the sport. I mean the second season, there were some episodes or parts where I feel they forced it a little bit. They tried to create a bit of a rivalry between me and Sainz and it wasn’t really there. Like, he’s no more a rival than anyone else.

“There wasn’t any personal grudge with him, but I think [Netflix] wanted something, so a lot of questions led with asking about Carlos. Maybe no one noticed, but for me, I was like, he’s fine. I’ve probably got other guys that I dislike, you know, as opposed to Carlos… I mean, he dresses like a 60 year old, but otherwise he’s alright,” summed up Ricciardo.

Moving on to what drives him in F1, Ricciardo talked about fighting against young racers, especially what he did against Max Verstappen and now Lando Norris. On the topic of shocking Red Bull with his decision, the Australian felt, they were more taken aback because they did not have the on the money replacement for him ready at that time.

“The competition is always what drives me; it’s like even having a new teammate, Lando, another young kid, more in that Max Verstappen mode, it’s another challenge for me and it’s like, ‘Yes, bring it on.’ Now I’m in my thirties naturally you get people questioning, ‘OK. Is he still in his prime or is he past it?’ That’s why I like game day,” started Ricciardo,” who also added about the tough love from Helmut Marko, something he wants from Seidl.

“I loved growing up in the Red Bull system,” said Ricciardo. “I loved having Helmut Marko breathing down my neck all the time, and making sure that I was getting the most out of the car and myself. I definitely matured a lot through that programme. I think having some tough love was certainly good for me and, yes, we’ll see but I know Andreas Seidl at McLaren, I think he’ll be that guy to give me the tough love.

“I think you need that. They’ll hug us when they need to hug us and then tell us to smarten up when we need to. You need that little bit of authority, I don’t mind that. I truthfully do believe Red Bull knew what they had with myself and Max. They obviously knew we were top tier – and, yeah, maybe they were expecting to struggle a bit with who filled the seat after me.

“I don’t know, but I would say that those outside of the team maybe underestimated what Max and I did to each other, to push each other to that level. And yes, obviously, Pierre or Alex, couldn’t get on top of that. Or at least not soon enough,” summed up Ricciardo.