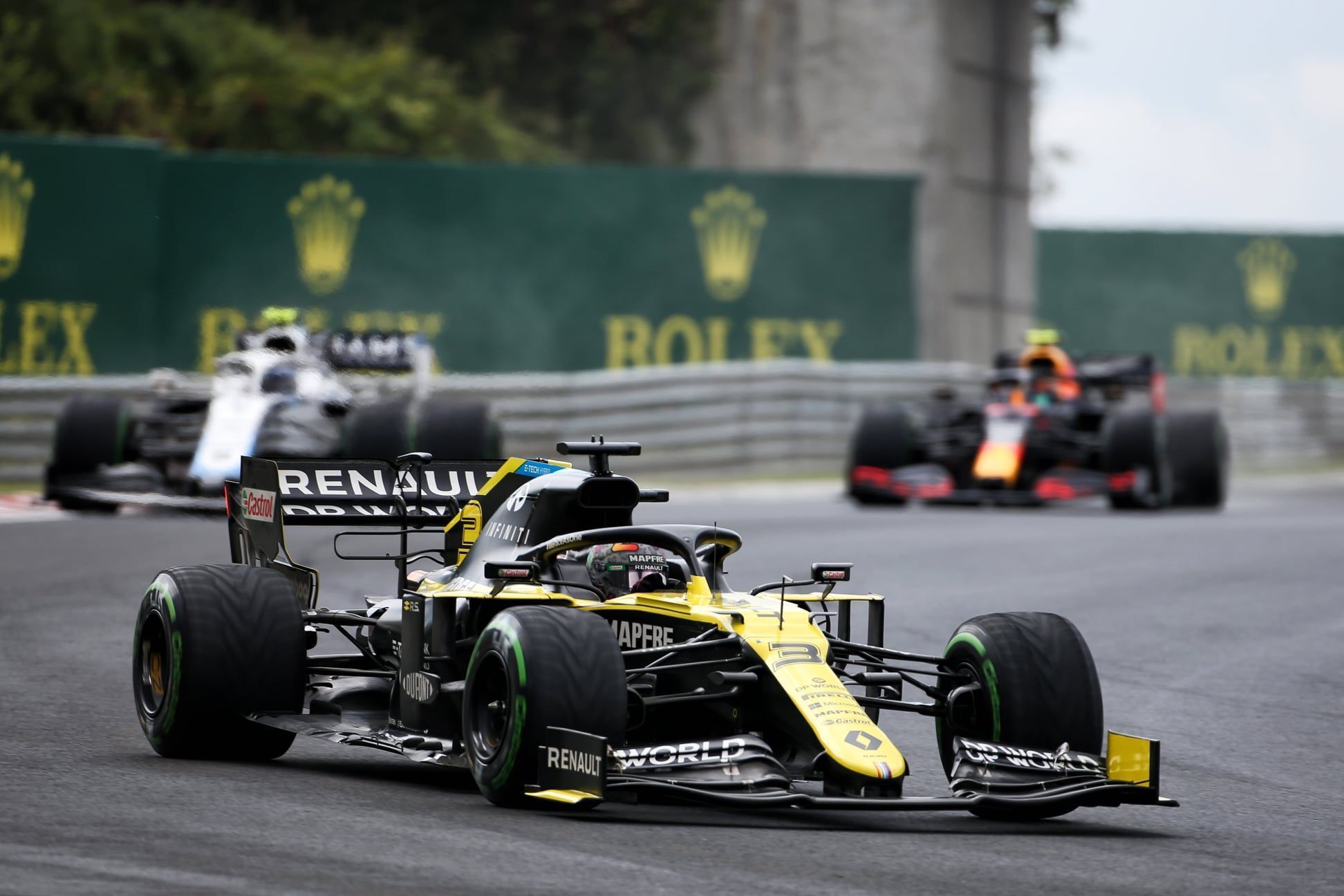 Renault F1 Daniel Ricciardo certainly feels that the car is better than eighth as he likens racing three times without having to jump on a plane.

If nothing else, the results of Renault’s Ricciardo over the last three races have been consistent, with the Australian finishing eighth in all of the F1 2020 events in which he saw the chequered flag, at both Styria and Hungary. In fact, teammate Esteban Ocon’s lone points finish in Austria was also an eighth.

And, while consistency is never disadvantageous in F1, this position is one that doesn’t satisfy Ricciardo and Renault, the former of whom says that the car is capable of more, as he alternatively suggests that the races have merely not gone the way of the team, who have yet to enjoy a top seven finish for either of their cars.

He adds that – by his reckoning – Renault currently have the edge on Ferrari when it comes to raw pace – something that is ‘not too shabby’. “We’ve had eighth in every race,” said Ricciardo. “Look, it isn’t bad, but I really do feel that we’ve had a bit more speed then an eighth place car in probably all three of those races, at least the last two.

“I feel like we’re not far from one of those Top 5-6 finishers. I feel like we’ve got a bit more speed than the Ferrari at the moment. The race pace isn’t too bad. So, it’s coming. It’s good to have got the points, but I know there’s some bigger ones around the corner.

“Looked like we had a bit more pace than McLaren in Hungary. I’m not sure where their race went. But we are pretty close to Racing Point. So not too shabby.” Renault is likely to have an upgrade ahead of Silverstone – a track at which Ricciardo expects them to be especially important as they work on combating high-load roll.

“All updates are always pretty nice and handy, and Silverstone is one of those tracks where obviously there’s some low speed stuff – but it’s all really flowing medium high speed and really where the car is loaded, and where you see the front wing end plate.

“Those type of corners where it drags and everyone’s trying to work on this area of the car to to keep some downforce in that high speed roll, so Silverstone will test that and hopefully these updates can help,” Ricciardo explained.

On a lighter tone, Ricciardo was rather happy with the fact that he was able to contest three races without once getting onto an airplane – a rare occurrence in the world of F1, as he reflected on three weeks of chaos as the sport races with caution amid pandemic.

“I’m happy that we’re able to do it again and to go back racing,” said Ricciardo. “I think the atmosphere is a little different. But the truth is once we’re in the car and the helmet’s on – especially when the lights go out, you’re pretty oblivious to everything else going on.

“I feel the intensity of the racing and that feeling that buzz is still there once the engines are fired up. So it’s cool. The triple header was nice. We haven’t jumped on a plane in three weeks and to race three times and not not go on a plane that was that was pretty sweet. So I was very, very pleased with how it all went,” said Ricciardo.