Home F1 Ricciardo reacts to Sainz’s US GP comments but all’s well between the... 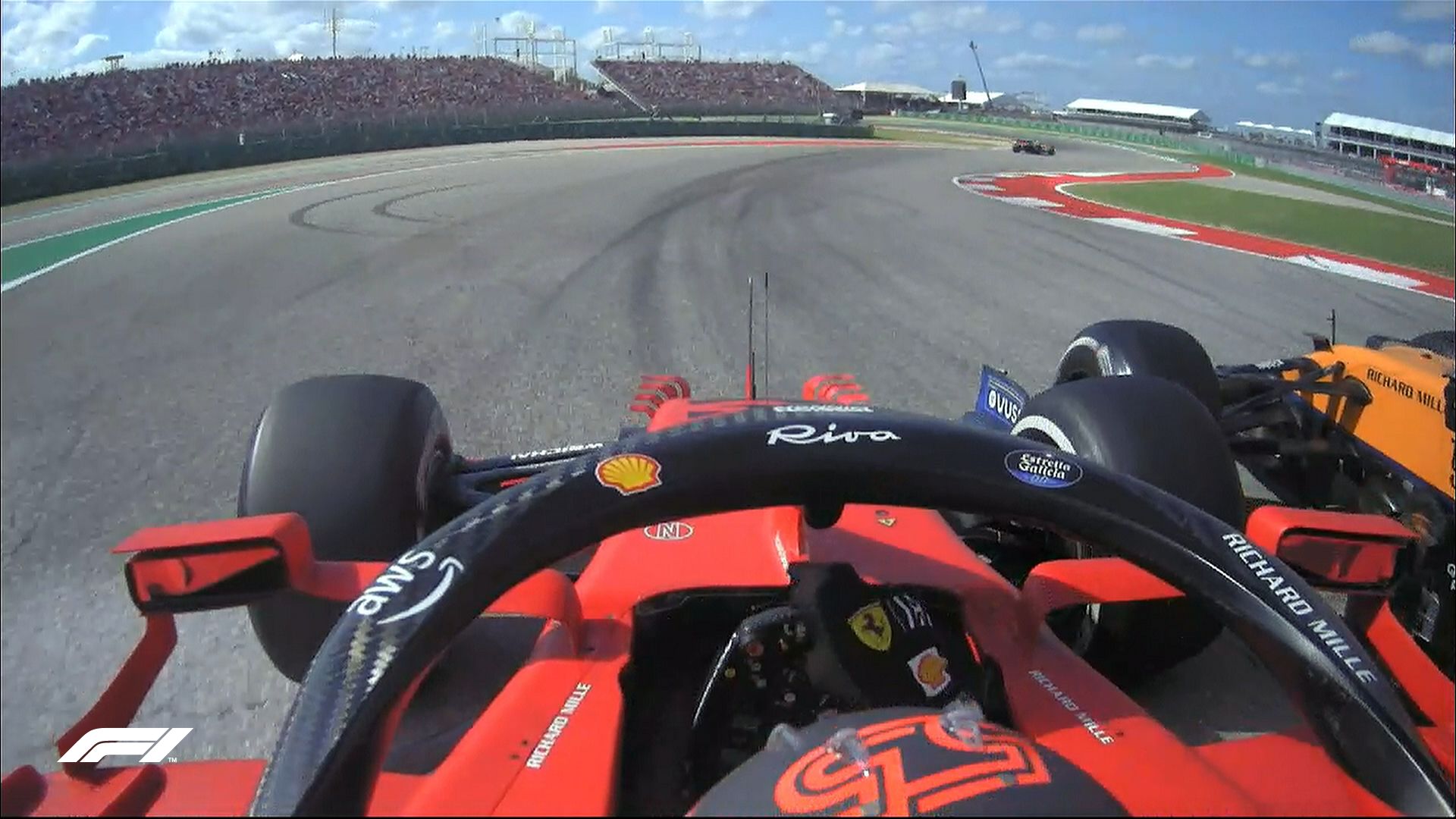 Carlos Sainz says Daniel Ricciardo did the move on purpose in F1 US GP which is fair, as the Australian shares his view.

The F1 US GP at Circuit Of the Americas gave us more than just a nail-biting Top 2 fight between Lewis Hamilton and Max Verstappen, but also a battle for fifth between McLaren’s Ricciardo and Ferrari’s Sainz. The two were wheel-to-wheel from the very beginning and then later on for several laps, when on Lap 43 they touched.

As Sainz took to the outside of Ricciardo to try and pass him on Lap 43, they touched with the Ferrari getting damage on the front wing. The Spaniard on radio called it a dirty move then later explained it post-race. “For me, honestly, I think it was on the limit of the legality because it’s obviously, in the inside, I am on the outside, I have everything to lose being on the outside,” he said to written media.

“Normally the car that is on the outside, you’re always trying to run the car left out of road. Of course he did it on purpose, he wanted to leave me without room on the corner exit with the caveat that we touched. Without the touch, he would have done it I think a clean, perfect defending. Just that slight contact that we had made it a bit on the limit for me.

“If I was in his position, I would have done exactly the same. Obviously I wouldn’t have tried to have contact, like we had in the end, but the guy on the inside has the right to run the car on the outside out of road. If I’ve explained myself correctly, he was within his right to do what he did, just the little contact that he gave me I think was avoidable, and that’s what triggered my reaction on the radio, when we are emotional, in an emotional situation.

All the rest, it was a good, fun battle, we should have been ahead with the pit stop that we did to undercut him and in the end we were again behind. So, we should have been we shouldn’t have been there,” summed up Sainz, who eventually lost to Valtteri Bottas and finished seventh just ahead of Lando Norris.

Ricciardo, meanwhile, commented post-race on the wheel-to-wheel battle and the unintentional contact between the McLaren and the Ferrari. However, he didn’t necessarily combat the comment from Sainz that it was a dirty move.

“Sainz put on a good attack later on in the race as well and we obviously went side-by-side, and a little bit of banging wheels,” said Ricciardo. “So it was very fun, and very needed to hold on for everything I could. Obviously you don’t deliberately try to go into someone, but that’s obviously a bit of rubbing racing.

“And when you put yourself on the outside, obviously you’re a little bit more exposed. So nothing was deliberate, but I guess it’s the risk that he ran by trying on the outside. That’s cool (that he called it dirty move). I’m happy to be dirty. I’m a nice guy, so being dirty every now and then is alright,” summed up Ricciardo.

In a media session McLaren team principal Seidl was asked by FormulaRapida.net about the radio comment by Sainz, but said he dismissed it because emotions run high in the heat of the moment on radio. “I never look too much into live comments of the drivers in the heat of the action. In the end, we hear emotions during the race or straight after the race, my point of view, it was hard racing and a fair one,” he said.