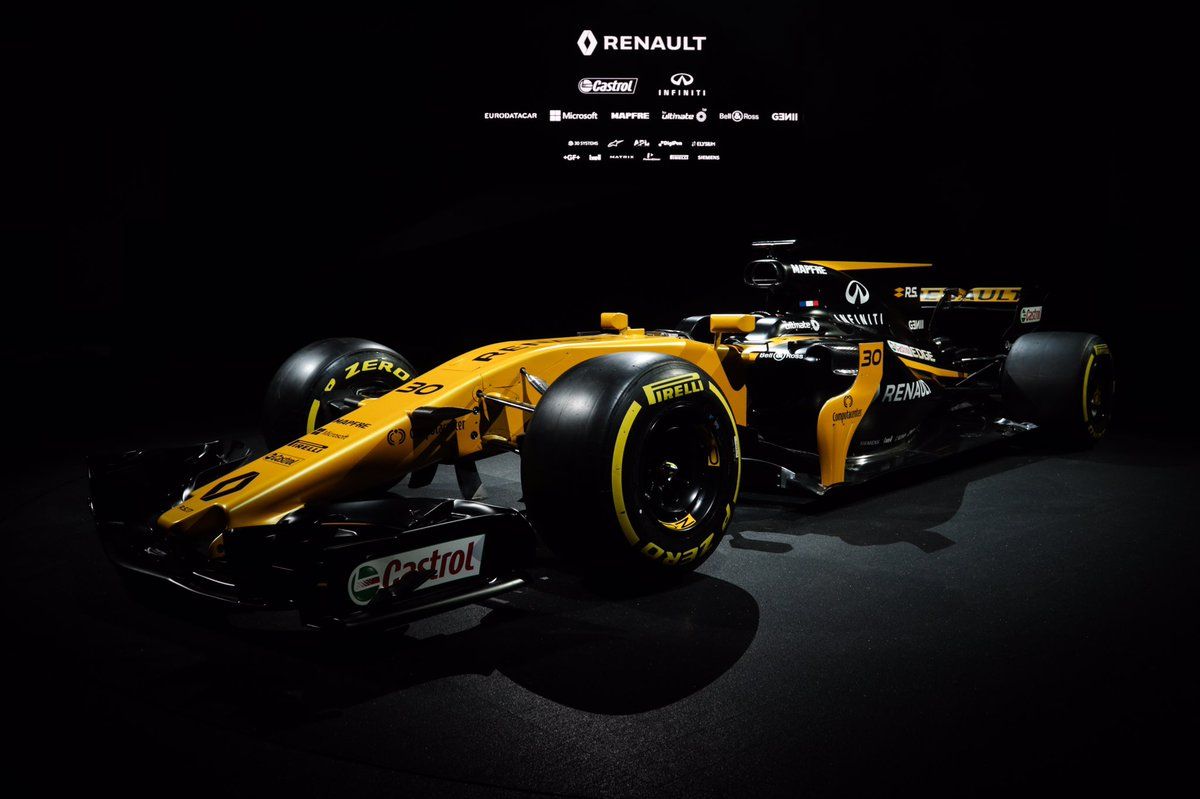 Renault have revealed their new car, with drivers Nico Hulkenberg and Jolyon Palmer taking the wraps of the R.S.17 at an unveiling ceremony in the UK on Tuesday. With it the team are targeting fifth place in the 2017 championship.

The yellow machine, built to comply with the radically revised 2017 regulations, is the second car produced since Renault’s return to F1 racing as a works squad, but the first for which they have overseen the entire design process.

They hope it will allow them to improve dramatically on the ninth place they achieved in last year’s constructors’ championship, when Palmer and then team mate Kevin Magnussen scored eight points.

“The R.S.17 is the first car which Enstone and Viry have been able to plan and develop from the outset and we’re satisfied by the fruits of this interaction,” said Jerome Stoll, President of Renault Sport Racing. “It’s a beautiful car.

“For 2017 our performance targets are clear. We want to take a definite, tangible step forward in performance and results. Fifth position in the constructors’ championship is our goal.”

Renault’s technical chief Bob Bell predicted performance gains of around five percent relative to 2016, thanks in large part to the new technical rules, which have been designed to make 2017’s cars both faster and physically tougher to drive.

Also announced at the London event was the appointment of four-time world champion Alain Prost as a special advisor to the team.