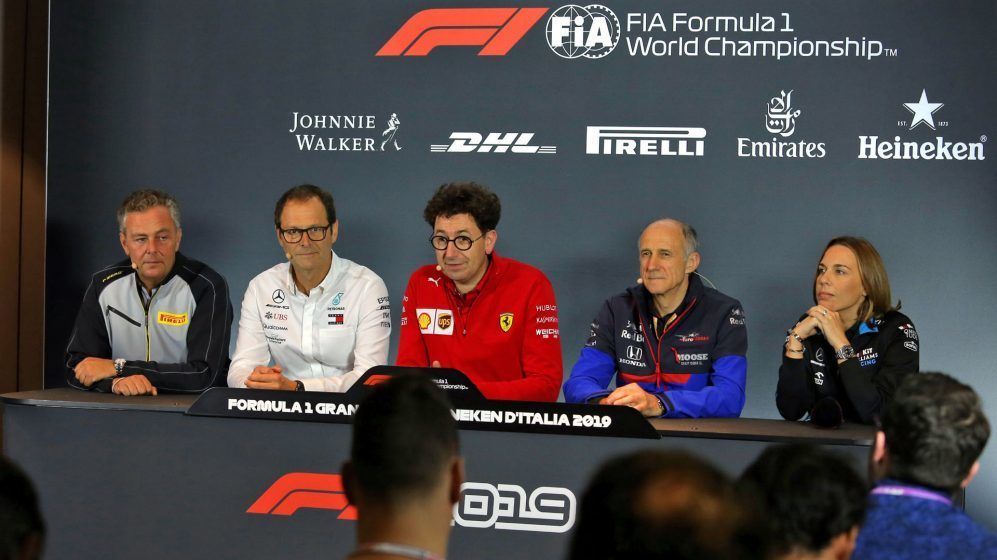 The F1 teams are concerned about the reliability of parts in the standardisation talks for 2021 and beyond.

For months, the FIA has released tenders for certain parts for suppliers to bid for and become the sole company to supply those to all the F1 teams competing like with the case of Pirelli tyres.

Among the list, a standard gearbox has already been ruled out as the FIA did not find any substantial decrease in the costs due to the nature of the part and the current system where only handful supply it.

Outside that, things like brake systems or wheel rims are still being discussed. While they contemplate, F1 teams have raised fresh concerns regarding reliability after what happened in F2 with their engines.

As usual, Ferrari have been quite vocal about it. “We were arguing the standardisation at first because there is a budget cap somehow to control the costs and whatever you may do at the end you may standardise but the budget cap, at least for the top teams, will be the level of expenditure for the season,” started Mattia Binotto.

“We believe that standardisation may even be a risk for F1 in the future, because at first you don’t know what is the reliability on standard parts at the very start. We had a situation as well, if we look back at F2 for example, on a standard clutch, for many races they simply had to start behind the safety car because the clutch was not reliable enough.

“We believes that for most of the standard components that we are proposing currently for 2021, we will all needs to redesign our car, we will need somehow to make sure that whatever is the new component is properly functioning and that’s extra cost. That maybe it’s not costs that you have from 2021 onwards but it will be extra cost from now until 2021.”

Interestingly, Williams’s Claire and Toro Rosso’s Franz Tost were mostly in favour of the standardisation, while Mercedes’ Aldo Costa also agreed to his peers and also concurred with Binotto on reliability side.

“We are in a similar position,” he said. “We accept the cost cap. It is a measure that will for sure impact how our teams develops thing, as Ferrari, Red Bull for sure, I don’t know who else. So we accept the challenge. In terms of standardisation, the same concern Mattia was expressing.

“We need to make sure they are reliable. They will require a lot of redesign around, so we are not convinced that they will be a real cost reduction. The cost reduction can be negligible. But the cost cap will definitely be something quite big for the big teams.”

Talking about the 2021 rules and its presentation, the F1 team officials agreed that they need to be ready somehow by the October deadline as delaying further will only create more troubles.