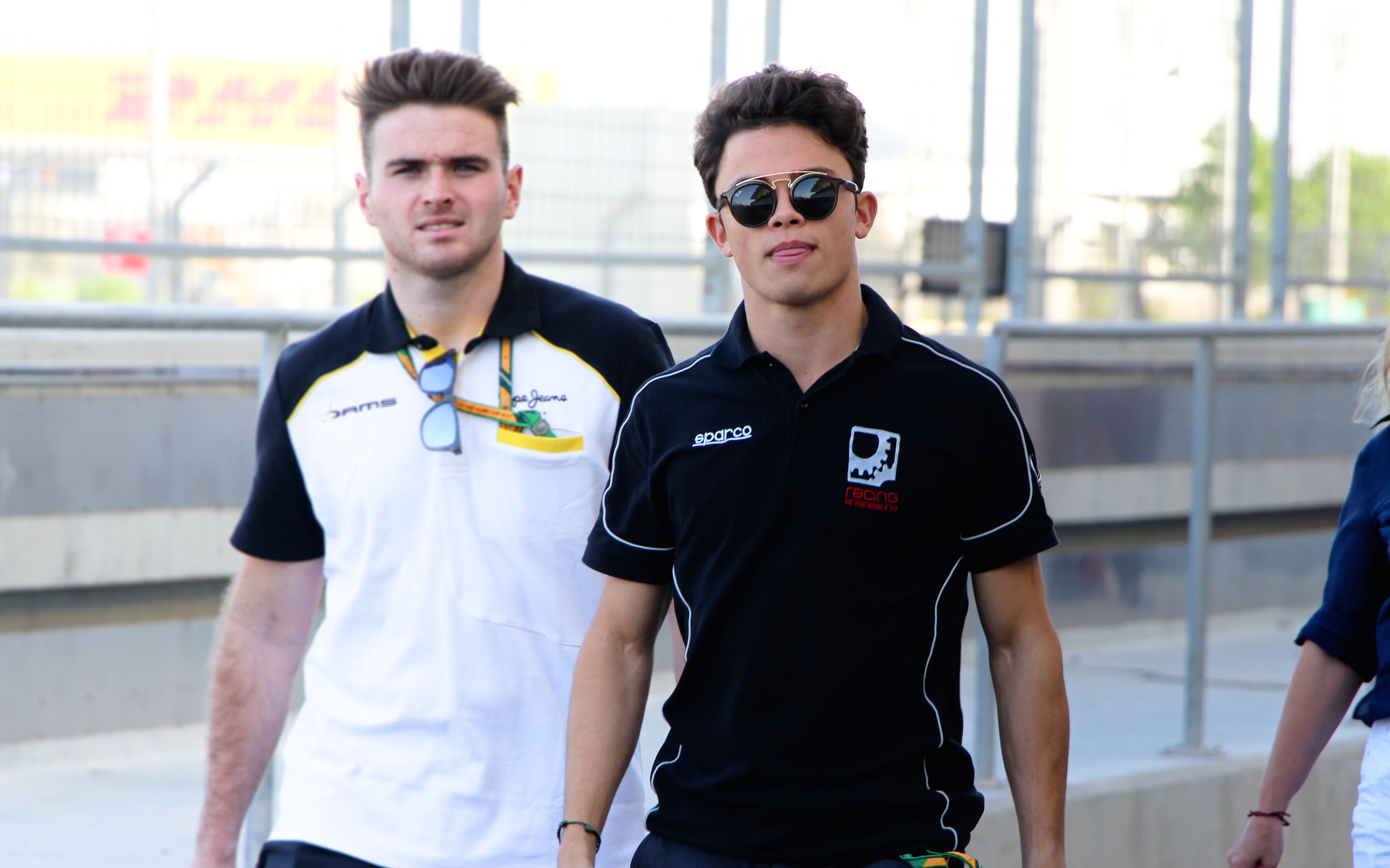 It’s your first season in Formula 2, you have been in two different teams. Can you tell us how you have experienced it all?

“Well, let’s start with the fact that I wasn’t even sure if I was going to race in F2 this season. It was a very last minute thing, so it was very pleasant that I got the opportunity to race in the series. Rapax did everything to give me the best possible attributes to perform, even with the team being in serious financial problems. It was very difficult for me and we had to fight weekend after weekend to be there. I’ve had weekends where I had to share an engineer from another driver, from another team even from another series. We were still 3rd on the grid, but in the end you have to be there to be competitive. We were quite competitive in qualifying, but during races it just didn’t always work out. Mostly because we didn’t have the resources, time and people to really work on it, but thankfully we have been able to show some things. Even with the limited resources we had, we showed that we could be up there. “

“In the end the team swap was out of my control, it’s not exactly a bummer but yeah.. I’m very thankful for all that Rapax did. First of all, for giving me the chance to be in F2 and secondly, because the team lived for me to try and give me the best possibilities. Eventually the swap was the best thing for me, to be sure I could end the season. Racing Engineering offered that possibility and the switch has been positive.”

“They are a very professional team with a well worked out organization and I think we’ve shown quite quickly that we could perform. I think we do still lack something, the two first weekends were pretty good, despite the missed opportunity in Monza where we were on the way to a good and strong weekend. Jerez was a bit disappointing to be honest, I thought we had a strong weekend, but according to me we were running behind the facts. I mean, when you’re expected to start working halfway a season with a new team, you’re not prepared for all scenarios. Spa and Monza were very basic weekends, apart from the rain nothing extreme happened. We didn’t have any surprises due to degradation or anything else, but Jerez was an extreme weekend. I think the lack experience together was probably at fault here. Nonetheless, I think we have done a good job this season.”

“Of course we still have one more race to go, I think it’s sad that everyone is already thinking about next year. There is such a big gap between the last race in Jerez and this one in Abu Dhabi, it almost feels like a ‘one off’ race. Especially with the championship already being decided, it’s a shame really. Almost everyone is thus concentrating on next year, probably because there is testing here as well, but yeah we still have a race and I want to do everything to finish it as well as possible.”

“In general I am pretty content with my season and definitely with the resources we had. The fact we took the maximum out of them to get results and I hope it has been notice.”

“Well, you don’t really prepare differently than for other races. Although, for Spa and Monza I didn’t even have the time to fly to Racing Engineering to prepare for the weekend, for Jerez I did that as there was enough time. Just for my two first weekends not, though that is pretty standard for the teams that you go there to prepare and discuss the important stuff. In that sense the preparation doesn’t change from the usual, you’re just slightly taken out of your rhythm. Then again, I’ve been lucky that I have been busy during the gap (referring to his audi drive). I didn’t have too much time to chill –cheeky laugh-.”

Ok last question, what is the first thing you’re going to do off-season?

“I like this question! Well I’ll be here for a bit longer, I fly home next Sunday and then on Monday I will be flying to England again. So during that period I don’t really have time to do anything. But, the very first thing I’m going to do when I finally have some free time is spending time with my friends and well yeah, probably closing off the season properly… “

*Please note: this interview was done on the Thursday before the Abu Dhabi Grand Prix and before it was announced Nyck de Vries would be joining PREMA in F2 next year.