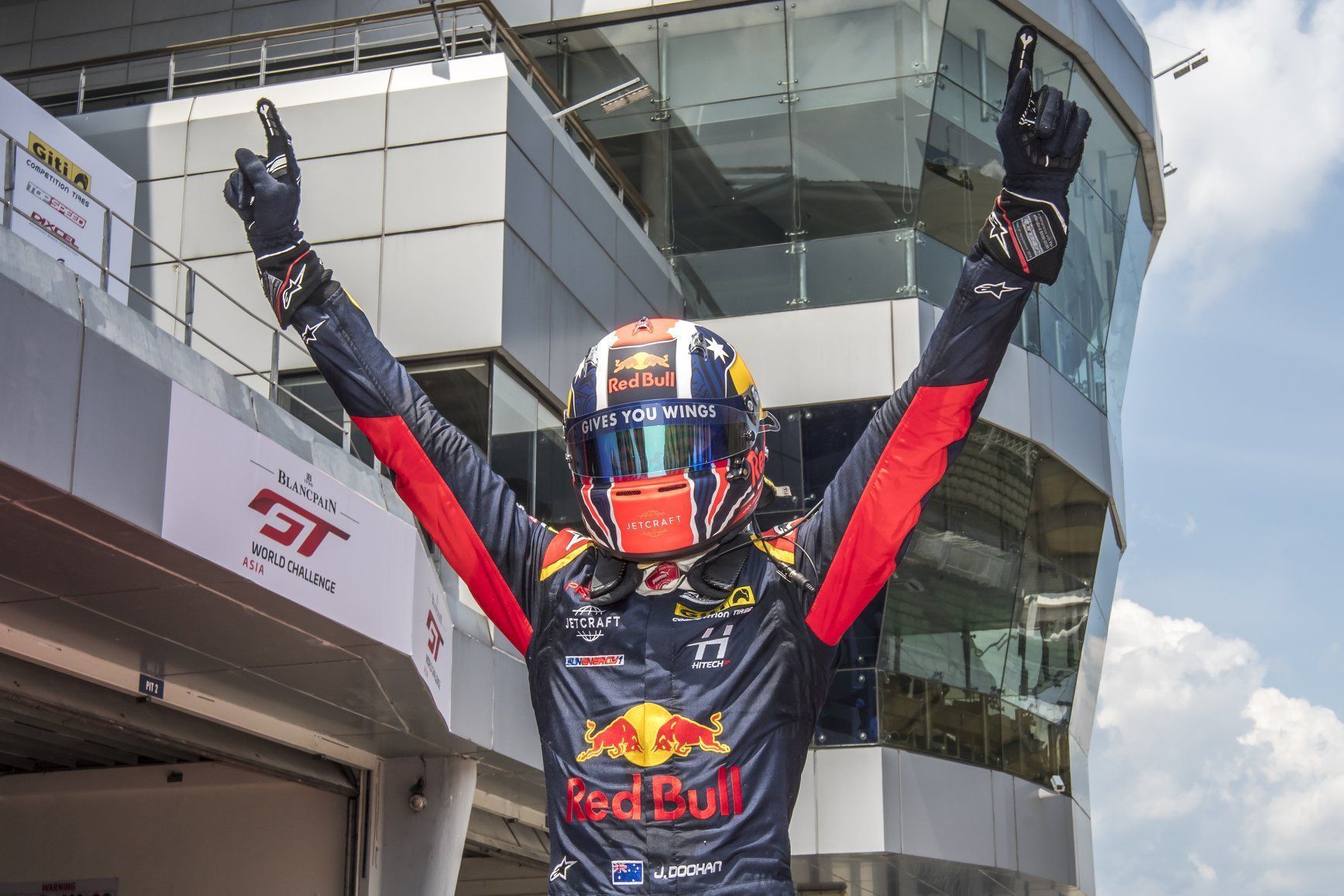 In his first weekend as a full-time F3 racer, Red Bull junior Doohan took three podium finishes which included his first win in the final race at Sepang from pole. He started off the weekend with two second place finishes on Saturday.

He ended up behind Hitech GP teammate Ukyo Sasahara in both the races with the Japanese driver doing well at the start to keep track position. But the Australian managed to get away well in the final race and win by 0.939s over him.

The Japanese leads the championship after Round 1 with 68 points as Doohan sits second with 61 to his name, but Sasahara has only signed up for the first round, while the Australian is in for the full season with the British outfit.

While Hitech GP secured 1-2 in all the three races, the third place was shared between three drivers as Absolute Racing’s Daniel Cao took it in Race 1 with BlackArts Racing Team’s Brendon Leitch in Race 2 and Super License’s Tomoki Takahashi in Race 3.

Leitch sits third in the overall standings with 39 points after two fourth place finishes to go with a podium – but the Kiwi also has a one round contract. Chines racer Cao is fourth with 33 points after finishing fourth in Race 2 and seventh in Race 3.

The 2018/19 MRF Challenge winner Jamie Chadwick also competed with Hitech GP in Round 1 as she gets some time in the F3 car ahead of her W Series campaign. It was a mixed run for her as she finished sixth, 12th and fifth respectively in the three races.

She is seventh in the standings with 18 points, just behind Takahashi with 27 as Absolute Racing’s Eshan Pieris slotted in fifth with 28 points, after finishing fifth in the first two races and sixth in the final race of the weekend.