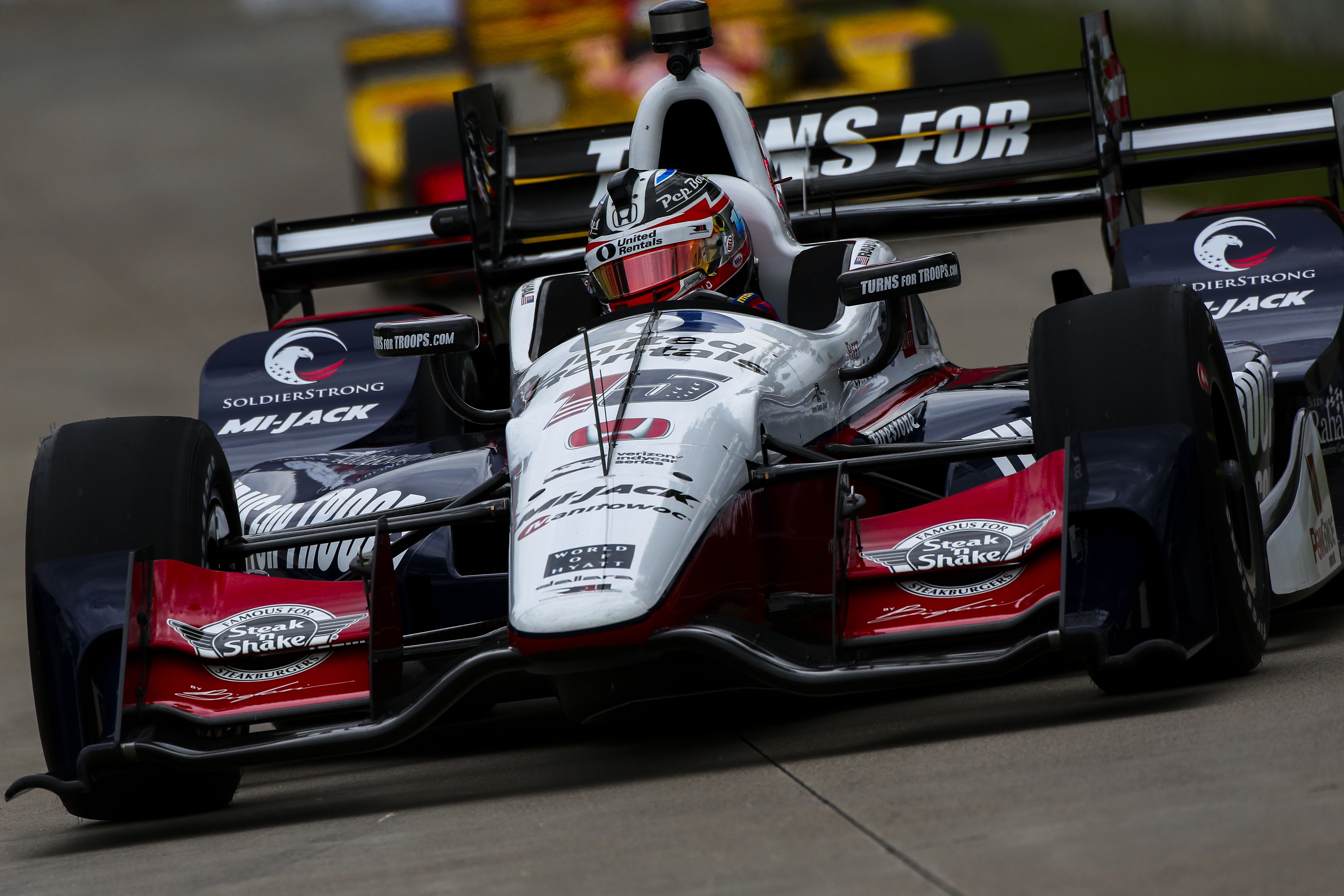 Graham Rahal set a track record for the Raceway at Belle Isle Park temporary street course to win the Verizon P1 Award and pole position for this afternoon’s first race of the Chevrolet Detroit Grand Prix.

It marks the third pole position in Rahal’s 11-year Indy car career and first since he was the top qualifier at Kansas Speedway in April 2009.

Helio Castroneves (Team Penske) ran a lap of 1:31.8901 (114.494 mph) in the second group but was penalized by INDYCAR for not reducing his speed in the area of a local yellow and had his fast lap negated. Castroneves’ second-best lap of 1:14.0414 was still good enough to be fastest in his group, so he will start outside Rahal on Row 1 in this afternoon’s race.

Qualifying this morning consisted of two groups receiving 12 minutes of track time each instead of the typical three rounds of knockout qualifying seen at Verizon IndyCar Series street- and road-course events.