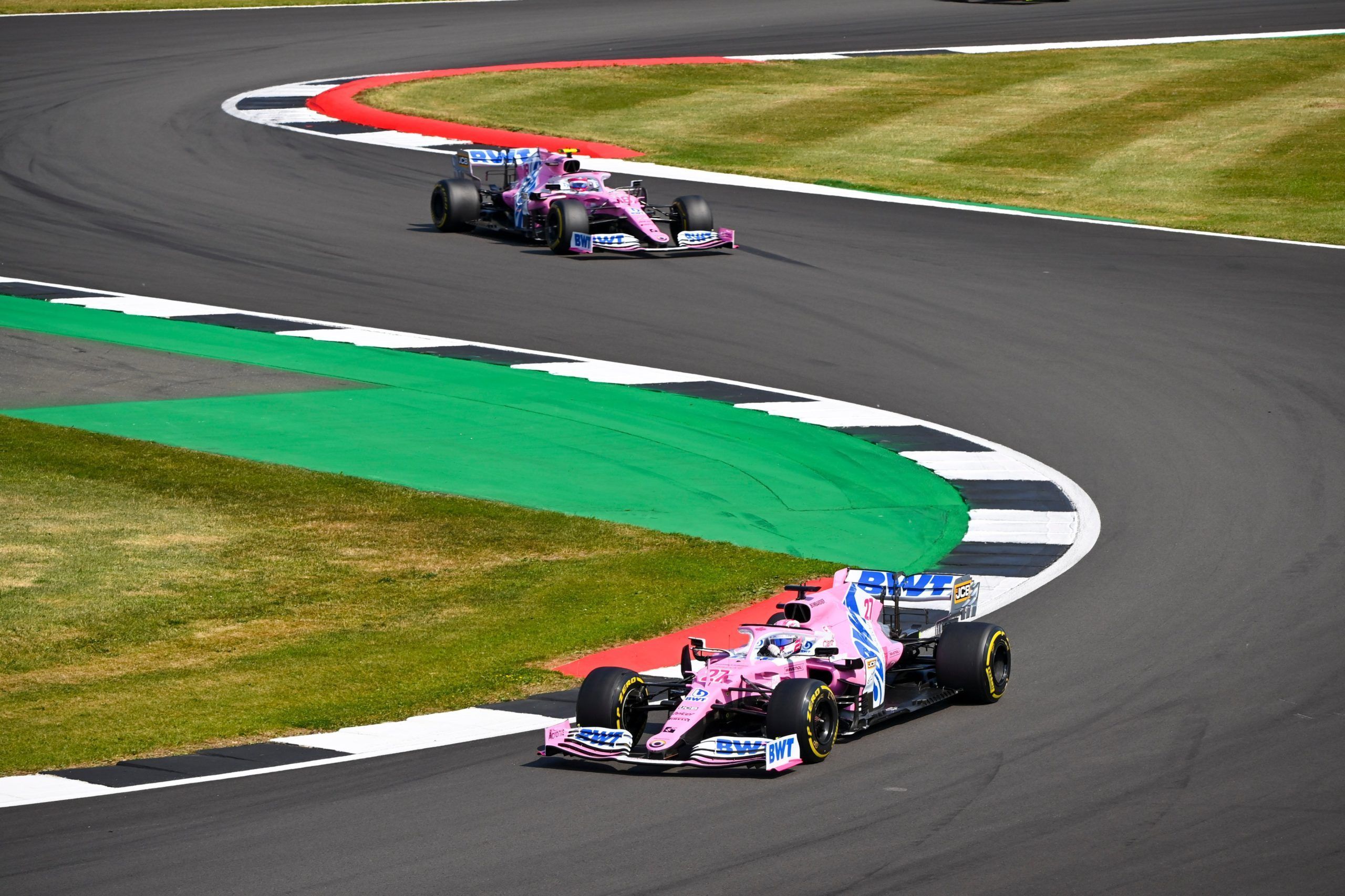 Racing Point were summoned by the FIA after the F1 70th Anniversary GP as Nico Hulkenberg talks about vibrations towards the end.

While until now, it was Renault protesting against Racing Point in the F1 races before, the 70th Anniversary GP saw the FIA summoning its representative against Appendix 6 of the 2020 Sporting Regulations, with regards to the front and rear brake ducts.

As Racing Point had already stated before, they have just the one variant of the brake ducts and so it is no surprise that they run the same so far. It was against both Lance Stroll and Hulkenberg, who finished fifth and sixth in the F1 grand prix.

The protest originally came from Renault but FIA were to already summon and so the team withdrew. As was the case with the results of Hungarian GP and the British GP, Racing Point were reprimanded due to not conforming with the Sporting Regulations.

It is a cycle which is likely to continue until Racing Point uses a different variant, as per the FIA ruling ahead of the 70th Anniversary GP weekend where the team got 15 points deducted from F1 Styrian GP result and were fined 400,000 euros.

The post-race ruling of reprimand states: “The Stewards ordered the Technical Delegate to inspect the Brake Ducts of the BWT Racing Point F1 Team Car # 18 and Car #27. His report concluded that the Brake Ducts on the cars are probably of the same design as the Brake Ducts used at the previous three Grand Prix.

“On Wednesday 5 August, 2020 a Special Panel of Stewards was formed by the authorities that appointed the Stewards to the previous three Grand Prix to hear together the protests lodged by Renault DP World F1 Team against the cars of BWT Racing Point F1 Team. The Stewards have taken notice of the decision in Document 4 (including the note in Document 5) of the Special Panel.

“The Stewards of the 70th Anniversary Grand Prix believe that is important for the orderly conduct of the sport that the interpretation of the regulations by the stewards be reasonably consistent. The Stewards therefore join the decision of the Special Panel of Stewards and incorporate herein by reference, their findings of fact, reasoning and the reasoning behind their choice of penalties.

“This  present decision should be read as entirely consistent with and drawing the same conclusions as Decision Document 4 (incl. Doc. 5) of the Special Panel. The Stewards therefore find that BWT Racing Point F1 Team is in Breach of Appendix 6 of the 2020 FIA F1 Sporting Regulations and order a Reprimand for the Team, operating Car 18 and Car 27.”

Just before the start of the F1 grand prix, co-owner Lawrence Stroll released a strong statement to talk about their innocence as he targeted the FIA decision and also rivals like Renault, Ferrari, McLaren and Williams to have appealed against them.

Meanwhile, talking about the 70th Anniversary GP, Hulkenberg and Racing Point clarified the need for a third stop, which dropped him to seventh behind Stroll. The German said that he had vibrations on his car from the set of hard tyres he was running on. He was running fifth when he pitted and would have fought for that place against Alex Albon.

“It was fun,” said Hulkenberg. “My biggest thing before the start was getting through lap one safely with everything on the car still. My start was not the greatest, but that was ok. I think Max had a blinding start. The first half of the race was very managed, very controlled, but unfortunately later I had some tyre issues, and I lost a bit of ground there.

“We were forced to pit off the prime set. I got a couple of nice big blisters on both rear tyres and the vibration just got so quickly out of hand that within 2 or 3 laps it just skyrocketed. I don’t think the tyre would have survived to the end which was a pity. The second I got onto the second prime set, that felt like a different set of tyres – or a different compound – and it just didn’t work.”

After not getting through last weekend, Hulkenberg was happy to have gotten a race under his belt and score much needed points for Racing Point as he waits to see if he will drive next weekend or not. Stroll, meanwhile, was not too happy after finishing fifth where he lost out to a one-stopper Charles Leclerc and a late charger Albon.

The quotes were transcribed by Duncan Leahy