Home F1 ‘Quality over quantity’ for teams in F1 as Renault still against b-team... 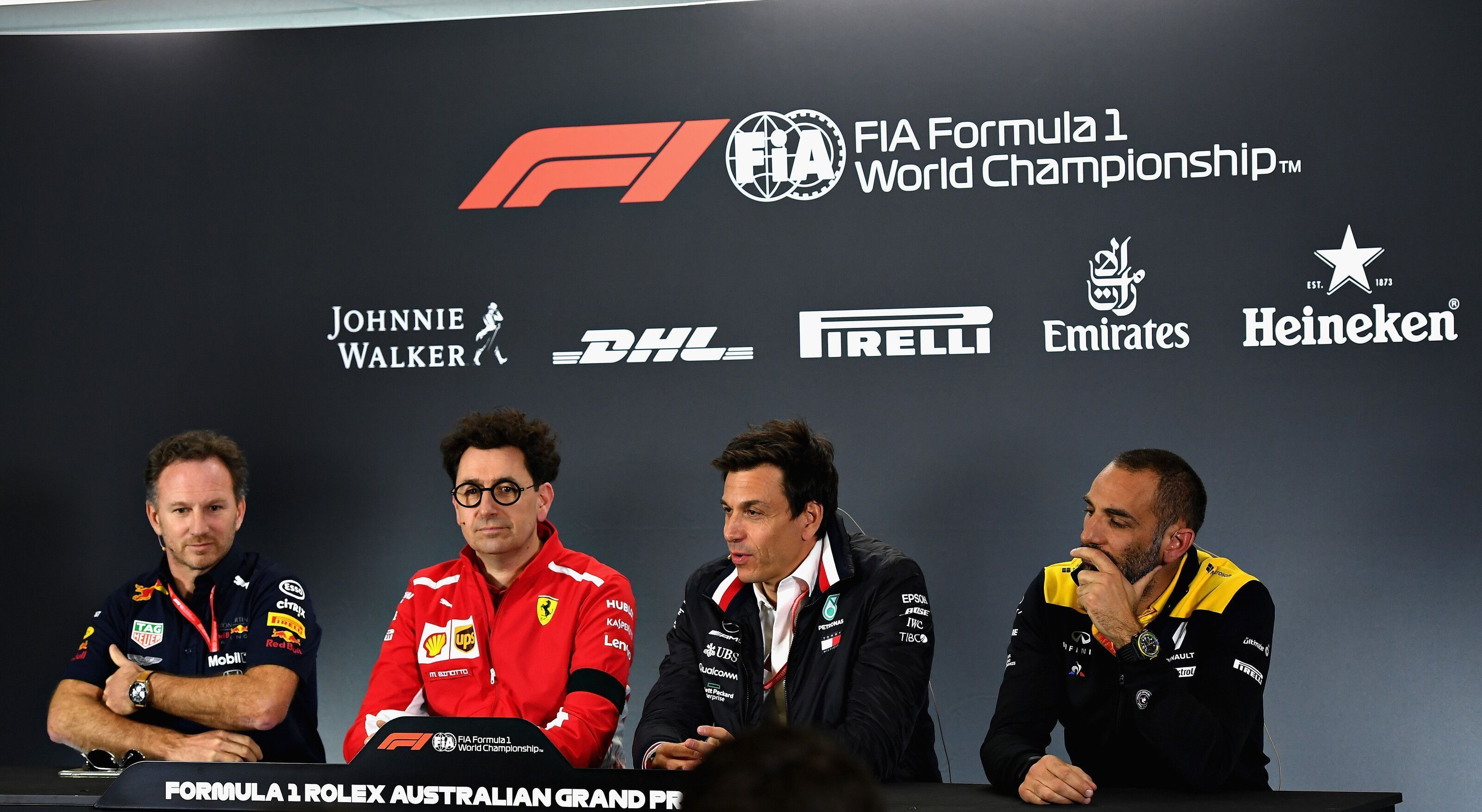 The current team owners prefer ‘quality over quantity’ with regards to having more than 10 F1 outfits on the grid, while Renault chief talks against the ‘b-team’ idea.

While heading into the 2019 F1 season, FIA president Jean Todt indicated about expanding the grid to 12 teams from the existing 10 as he feels 24 drivers make a complete set – the idea which F1 CEO Chase Carey concurred to as well.

In fact, Carey stated that there are teams interested to join in from 2021 onward if the technical and commercial rule balances out the participation of all the teams, with a good chance to score podiums and win grand prix races.

When asked in Australia as to what do they make of Todt and Carey’s comments, Mercedes’ Toto Wolff and Red Bull Racing’s Christian Horner were quite vocal about having quality teams on the grid which can sustain rather than go for numbers, who may fall out.

“I always go quality over quantity,” said Horner. “I think we’ve got ten teams that are in pretty decent health at the moment compared to previous years and I think that as we are seeing, when the grid is expanded, none of those teams that came in a few years ago are still here today.

“F1, the cost of entry is so high it’s virtually impossible unless you’re an OEM or multi- multi-billionaire and sometime not even that’s enough. I think we’ve got a good balance at the moment.

“I would prefer that we look after what we’ve got and have good quality and a closer grid than just inviting more entries for the sake of filling the grid shot and being more cars to lap.”

Wolff added: “I think it’s important that the starting grid looks complete and that for the live spectators that you see lots of cars going around the track, but I think we are in a decent place right now for F1.

“And the value of the teams is more important, to keep those franchises limited to attract the best brands to enter or participate in existing teams. I think that is the most important thing going forward.”

While they agreed towards the 10 teams formula – for now – all were not in agreement with the idea of a ‘b-team’ or manufacturers’ having affiliation with smaller outfits in such a way that they become unofficial ‘b-team’ and looses the essence of being a constructor.

Haas came into F1 in a such a deal with Ferrari which raised lots of eyebrows then and it continues to be like that while with Sauber turning into Alfa Romeo, it essentially goes into a similar route, even though it has its own identity and Hinwil base.

Joining the bandwagon this year is Toro Rosso with the Italian outfit now taking more parts from senior Red Bull team. Naturally, Horner was fine with the model along with Ferrari’s Mattia Binotto but Renault’s Cyril Abiteboul remained strongly against b-team idea.

“I think mainly the benefit is for that of the smaller teams,” started Horner. “There wouldn’t be a Haas if that model wasn’t available. I think the affordability of F1 is extremely expensive. So, Toro Rosso, they’re using an awful lot of components from RB14.

“So, it’s effective for them within the non-listed parts they’re permitted to do. They don’t have to have the design resource, the R&D infrastructure – so therefore the cost for them to go racing is affected by that.

“I think that there’s ultimately a sensible offset between needing to be a full-blown constructor team and being able to acquire those non-listed parts. So, personally, we don’t have an issue with it, and feel that, for the smaller teams, it’s been demonstrated that it’s cost-effective and works.

Binotto added: “The Haas model has shown how good it is for such a team, and I think at the end it’s a good thing for F1. As we’re looking ahead, I think if there are any concerns, it’s up to us to understand what are the concerns and make sure that we are mitigating, or avoiding them – but I think that the model in itself is the right model.”

For Renault though, Abiteboul feels such b-team deals only dilutes the reason for F1 being there having 10 teams as part of one single constructors’ championship rather than go the MotoGP way where manufacturers’ and teams’ have different standings.

“I have mentioned that on a number of occasions, we could be spending hours to discuss this topic but it’s already a challenge for a team like us to compete against that top three teams who have thirty to forty per cent more resources than us,” said Abiteboul.

“And I don’t want to talk for them – but that could also be a problem for a new entrant, willing to enter Formula One and willing to be competitive. So, that’s a serious topic because it’s maybe that we are now saying “OK, we have three top teams and that will be it.

“And anyone joining with have to accept they will not be in a positive to be competitive. I’m not here to complain or moan: we know the regulation but obviously we are extremely careful about what’s going to happen in 2021.

“For now, we are not convinced about the safeguards or the containment measures that have been put forward, despite the fact that you can trade some parts in the context of a budget cap – but we will continue to work with governing bodies to hopefully get to a more satisfying outcome.”