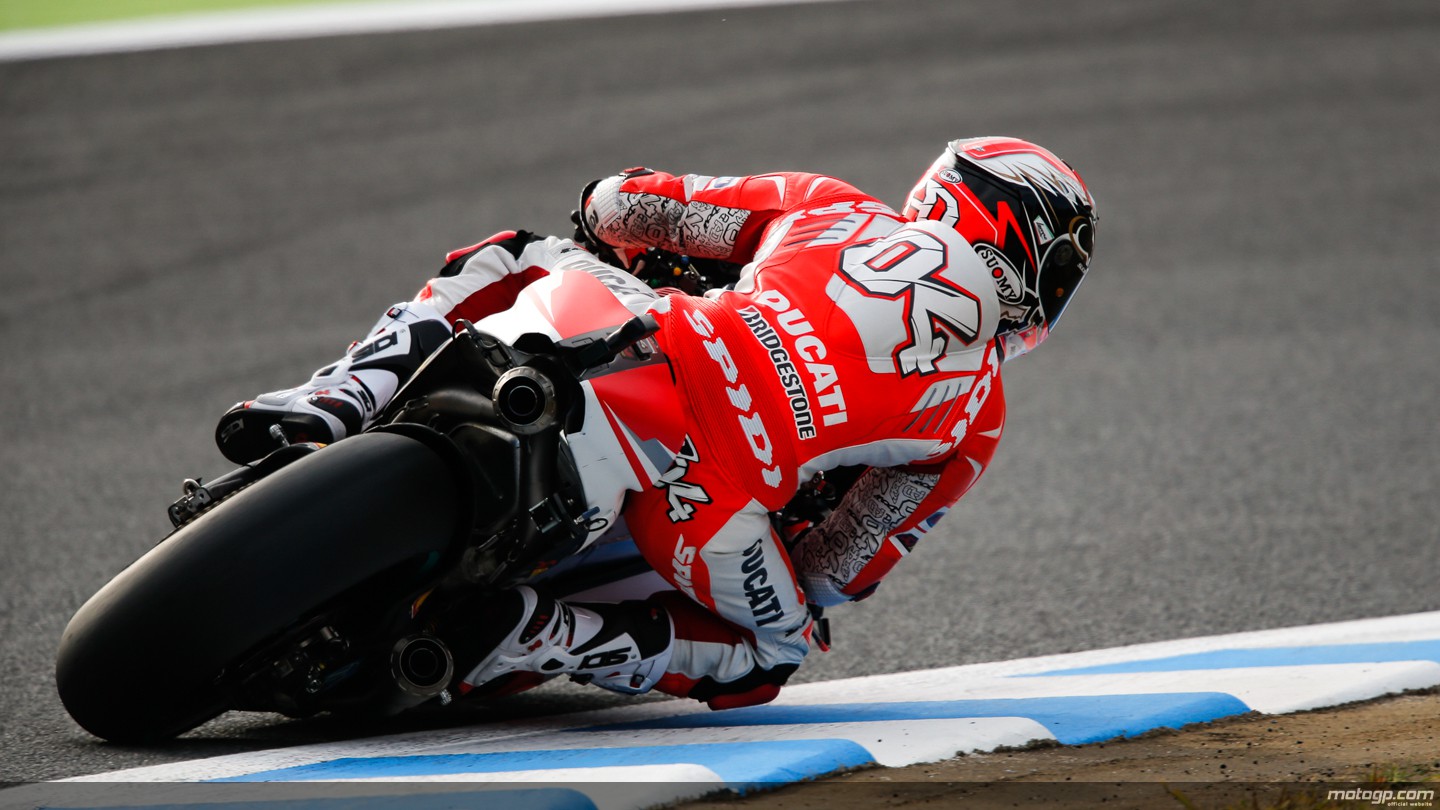 Andrea Dovicioso has taken pole position for Japanese Grand Prix Moto GP thanks to the fall of Dani Pedrosa who was improving his time. Closely fought session where Rossi was second and third Pedrosa own . MarcMarquez and Jorge Lorenzo could only be fourth and fifth respectively .

Clear skies was the luxury viewer to witness the start of Q1 in the category of Moto GP, we recall that in this session pass the first two contest to the Q2.

And from the early stages it seemed that fisrt two places were owner (Aleix Espargaró and Jonny Hernandez), though behind Bautista and Barberá would not give up so easily. And in the last 2 minutes Bautista improve time getting head 2 laps consecutive standing first but eventually would be overcome by Espargaró and both of them move on Q2.

The Q1 has been a very quiet session and led by three pilots but ultimately it wouldHernández unrewarded.

After a little break the light was put in green, and marked the start of Q2.

The first to take the lead but was Lorenzo but Rossi took away the privilege few seconds later. Márquez suffered a little off track at the first corner without consequence because the loophole in the first corner was large.

The pilots were taking turns the first position, but Marquez could not get into the battle on the first try and was a seventh so it was the first to come out looking for a good time at the second attempt.

On the second attempt Marquez make first but Pedrosa would advance him. It was still a very close meeting with many changes in the first position.

Finally Andrea Dovicioso will start from the first position tomorrow also helped by the fall of Dani Pedrosa came in when pole would take time.Close the front Rossi and Pedrosa second and third. Lorenzo Marquez fourth and fifth.