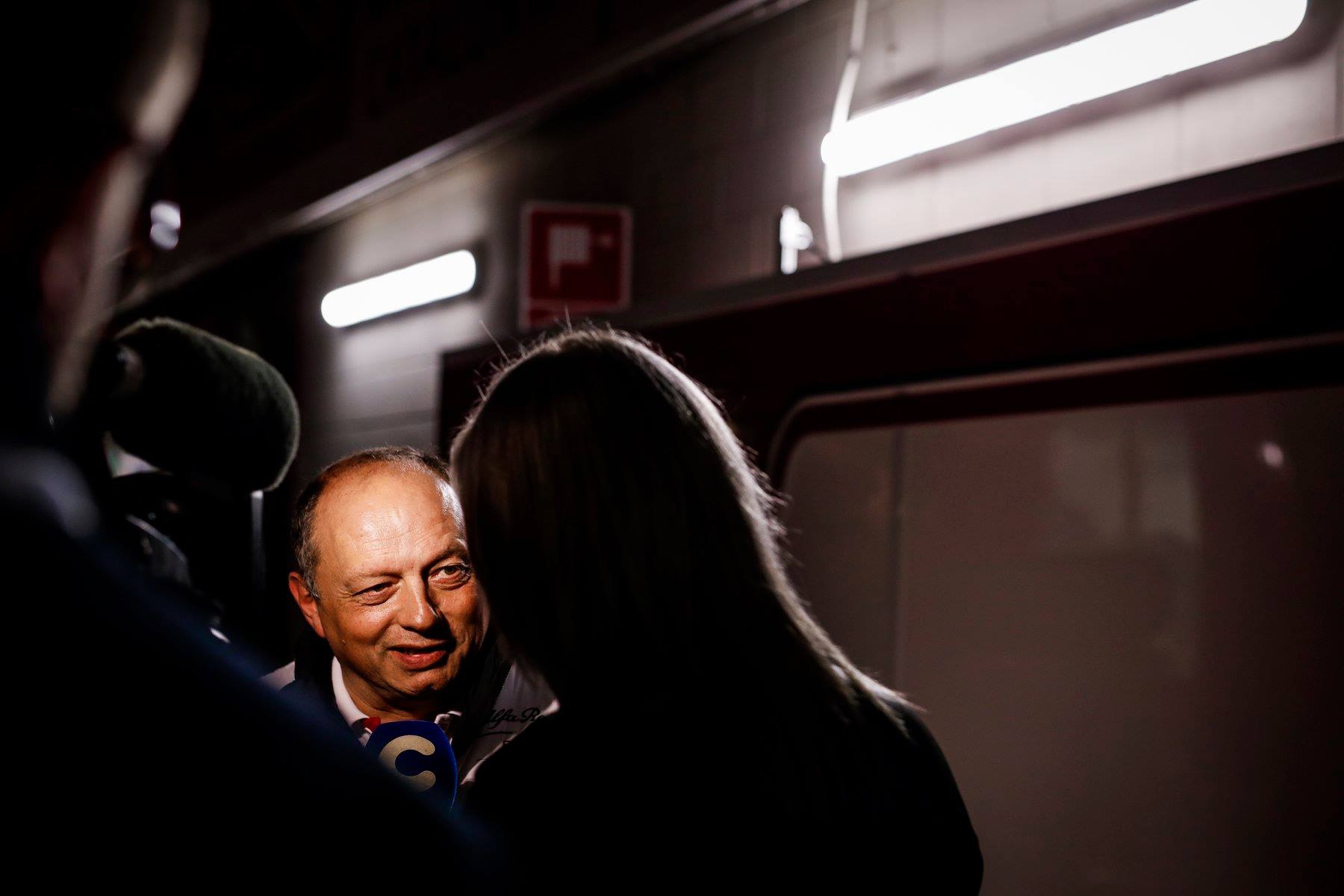 The latest F1 Beyond The Grid podcast has Alfa Romeo’s Frederic Vasseur dive into his current role and past with Renault plus lower categories with ART and more.

Opening the F1 Beyond The Grid podcast with a discussion about the  the 70th Anniversary GP – Alfa Romeo head Vasseur addressed his teams struggles. He accepted that their woes cannot be blamed on a poor engine, and discussed his team’s intentions to find new performance, which will be crucial as most of 2021 will be spent developing the 2022 cars.

The Frenchman also touched on Antonio Giovinazzi’s progression in F1, and the role that Kimi Raikkonen plays in the future of his F1 team – one that he is hesitant to say will be able to contend with the leading teams in the near future.

Looking at the past, Vasseur explained why he cancelled the Sauber-Honda relationship within his first day of entering the team, as he knew the plan stood little chance of playing out as his predecessor in the outfit had envisioned.

He reflected on his 2016 season with Renault, and why this partnership never bore fruit, as he denied that this feels like a missed opportunity. Vasseur went on to discuss his relationship with Toto Wolff, and how he feels about his close friend’s success.

After this, the Alfa boss discussed some differences between running a Formula 1 team, and the complexity of the operations in F1 versus in Formula 2 and Formula 3. He would go on to discuss his motivation for diving into the pinnacle ecosystem while he was already dominating lower categories.

Vasseur even revealed that he had toyed with the idea of bringing some of his ART engineers to form an F1 operation, but that these plans never materialized in any significant way. On a similar note, he discussed his commitment with ‘Smart Racing Technologies’ – the company that assisted in building the gen one Formula E car, and some of his past work in promoting young drivers through the ranks.

He told many anecdotes on Lewis Hamilton, and stated plainly that he never could have expected the Brit to be so competitive upon debut in 2007. He also compared him to some other impressive feeder series’ drivers of the past few years, many of whom – including Charles Leclerc – are now in F1.

On the Monegasque, Vasseur also told similar stories, as he said that Leclerc’s self-critical attitude can be too extreme at times, to a disadvantageous degree. He also was confident in saying that Leclerc is more than ready to lead Ferrari to a more prosperous future.

After this, he discussed Leclerc’s teammate at Ferrari, Sebastian Vettel. He explained that the German used to work extraordinarily hard to maximize his opportunities back at ART. His efforts even included the learning of French to better communicate with engineers.

Vasseur then covered Nico Hulkenberg – another graduate of his ‘system’. He expressed his shock with Hulkenberg’s ability to adapt to a foreign car so well, though this wasn’t all that surprising to the Frenchman, who worked with the driver and has long since been aware of his capabilities.

He even went so far as to say he is one of the most talented drivers in the ecosystem, and that the paddock undervalues him severely. Switching gears, Vasseur covered George Russell, the latest F2 title winner for ART, though his championship was won in 2018 – after the Frenchman had left the team for F1 back in the 2017 season.

After all this chat regarding drivers, the conversation finally shifted, putting Vasseur himself back in focus, as he spoke on his brief racing career of his own, and the future that lies ahead for him to end the podcast.

Here’s the link of the podcast as FOM doesn’t allow to use it: https://podcasts.google.com/feed/aHR0cHM6Ly9hdWRpb2Jvb20uY29tL2NoYW5uZWxzLzQ5NjQzMzkucnNz/episode/dGFnOmF1ZGlvYm9vbS5jb20sMjAyMC0wOC0xMTovcG9zdHMvNzY1NTU3Ng?hl=en-IN&ved=2ahUKEwja2Y697pfrAhWhzDgGHek4AE0QieUEegQIAxAE&ep=6