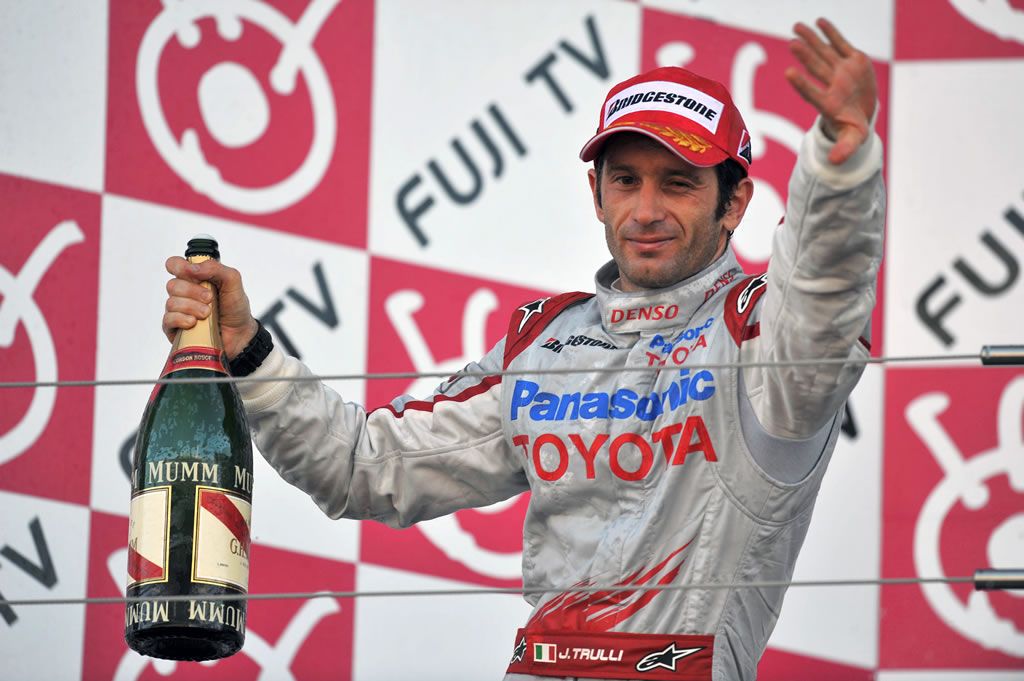 Jarno Trulli guests on F1: Beyond the Grid, discussing about Fernando Alonso, relation with Flavio Briatore plus stints at Renault and Toyota and more.

Trulli’s episode served as a return to the traditional one-guest format of Beyond the Grid, with the first topic of the episode relating to the Italian’s activity post-F1, after leaving the category in 2011. Trulli explains that he has been working on personal projects, while also raising his kids – one of whom is racing.

The 46-year-old says his son, named Enzo, is currently competing for the first time in single seaters – despite Jarno’s confessed desire for his son to stay out of motorsport. After discussion on the former F1 driver’s vineyard, Trulli explained he expects support from both the sport’s youth and older generation.

The Italian went on to discuss how he would fare in F1 at age 46, in response to an indirect question about Alonso’s return to the circuit. Trulli partnered with Alonso at Renault in the early 2000s, agreeing the Spaniard was “more special” than the rest of his competition in F1. The Italian heaped praise on the Spaniard in spite of the fact that, as he admits, Alonso frequently attempted mind games to gain a competitive edge.

Trulli recounted how Alonso would try his best to extract the most out of those around him, even exploiting politics inside his own team for an advantage. The Italian, though, did argue he was quicker on one-lap pace – something he says Alonso had little trouble admitting. But Trulli doesn’t argue he’s the better of the two, acknowledging that Alonso’s adaptability and race pace made him more of a threat.

Trulli believes that his mentality and understanding of car set up and track conditions made him such an expert qualifier, but the one-time race winner struggles to pinpoint one qualifying lap which left him especially satisfied, though he concedes his lap around Monaco in 2004 was a “nice” one.

He would go on to win that race, and though he agrees that it was a delightful result, he says he did not dwell on the result for particularly long. Trulli also denied that he was ever at risk of crashing out like many of his competitors as he described the race in detail. Trulli, then driving for Renault, subsequently spoke on how he handled a charging Jenson Button’s attacks from behind by “not making any mistakes.”

Asked to discuss his relationship with Flavio Briatore, Trulli confessed that the flamboyant businessman was “difficult” to work with, but did express gratitude towards the fellow Italian for helping him through junior categories. Trulli, though, explains that he was no longer a part of Briatore’s vision for Renault at the time of his race win in 2004, and so he chose to leave the team and move to Toyota mid-season.

Trulli agreed with host Tom Clarkson’s assessment that he has worked with some of F1’s more interesting team principals – one of whom, Clarkson points out, was Eddie Jordan. Trulli says the Brit was the type to appear disheveled when in reality they may be far more put together, and discusses his time under Jordan with great affection.

On Alain Prost, Trulli said the four-time champion was “very important” in his career, adding that he enjoyed working under the Frenchman, whose 1997 car nearly brought Trulli to a win at the Austrian GP.

The 46-year-old went on to describe Toyota – his eventual landing spot – as “[his] team,” to which he devoted all of his effort. Though he insists Toyota were a world-class team, he does admit that 2005 – when the team’s fast car fell short because of insufficient development – was symptomatic of some issues in the team. Trulli also said that the change in technical leadership in 2006 was a mistake for the team.

Trulli admits that there was evidence Toyota would be pulling out of F1 in 2009, before he believes they could have had a successful year. Then, to wrap up the podcast, the Italian was asked about his favorite years in F1, and Trulli struggled to pinpoint any year or environment.

Here’s where you can listen the podcast (FOM has blocked from embedding): https://audioboom.com/posts/7843712-jarno-trulli-on-winning-monaco-acing-qualifying-and-why-alonso-is-so-quick

Here’s last F1 Beyond The Grid podcast of Brackley Boys