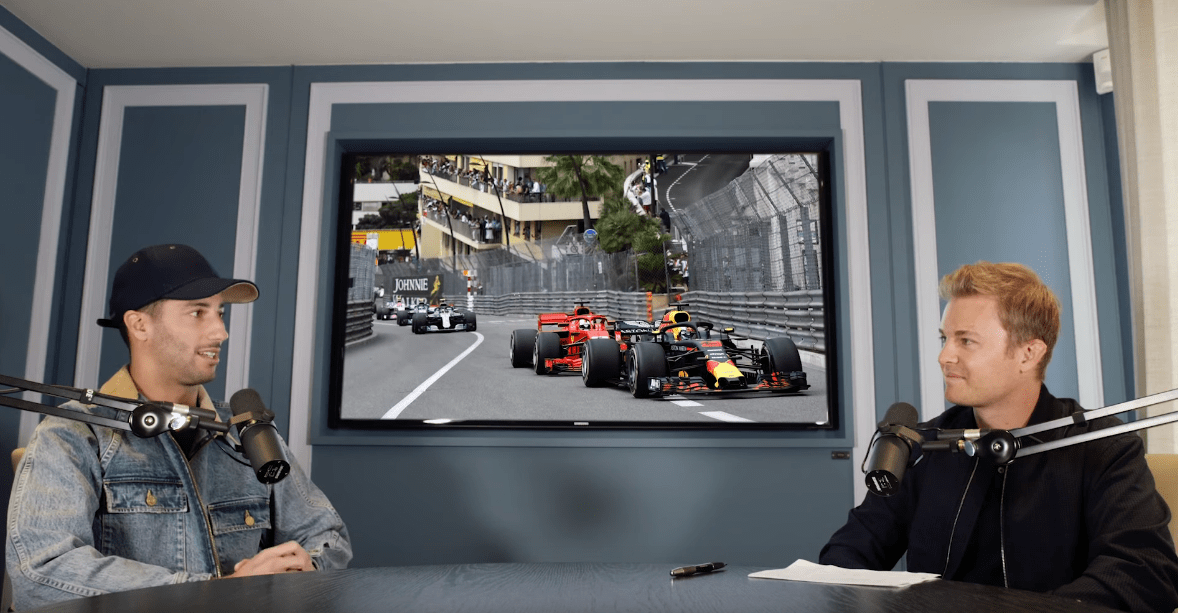 Ricciardo started off the Beyond Victory podcast talking about his journey from Australia to Europe to become a F1 racer, where he states that it wasn’t probably in his late teenage that he decided he wanted to take up the road to become a F1 racer.

He discusses the support from his family and his dad, who used to race in local Australian championships. Ricciardo recalls the 2007 season, his first year in Europe, where despite finishing sixth, Red Bull’s Helmut Marko invited him for a test.

The Australian was immediately picked up and raced under Red Bull name from 2008 onward – he in fact won the Formula Renault 2.0 WEC title in 2008. While discussing Marko, he is asked by Rosberg about the tough moments with the Austrian.

The Australian says the most scary one was in 2010 when he injured himself on a mountain bike and couldn’t test before his Formula Renault 3.5 series debut. Marko called him ‘idiot’ and hung up. Robserg also recalled his time at Williams with Sam Michael.

They touched upon Robert Kubica and his amazing journey back into F1. The topic moved to his nickname ‘honey badger’ as Ricciardo relayed the story of how he got it. They then discussed two key moments in Ricciardo’s career for the push he had.

The first story is from karting when his dad asked him to push and show aggression rather than stay behind his rivals, while the other one is about mindgames where Ricciardo was asked to shake hands of his rival on the grid to surprise the rival.

Rosberg told a story about how Michael Schumacher used to trick him and make him feel that he did not existed for him. They then started to talk about Ricciardo’s high career moments, especially the first win in Canada under unusual circumstances.

They laughed about Rosberg eventually helping him to take that moment. They then go back to few of the tough moments, especially the 2016 Spanish GP and the following Monaco GP – the former had Max Verstappen winning with the strategy.

The latter had Ricciardo lose after a pit trouble. He reveals how he handled those moments and then also explained about the 2017 Azerbaijan GP tangle with Verstappen, which he reckons was a collective error on the drivers and the team.

The high for Ricciardo certainly remains the win in 2018 Monaco GP against all odds. The Australian explained how he coped up with the situation and eventually got that victory despite looking like to retire for certainty.

They talk about working with race engineers and then moved on to Ricciardo’s overtaking moves and the late lunges where Rosberg advises him some more tricks which were censored out. Towards the end, Ricciardo as asked about Sebastian Vettel and Verstappen.

The Australian puts them both in high regard as he felt Vettel was more methodical and calculative, whereas Verstappen is very instinctive – something Rosberg said was the same with Schumacher and Lewis Hamilton to relate with Vettel and Verstappen.

When asked as to who would win a straight fight between Vettel and Verstappen, he chose the latter because of his age and raw speed. They end the podcast talking about his move to Renault, which Ricciardo again talks about on the lines personal satisfaction.