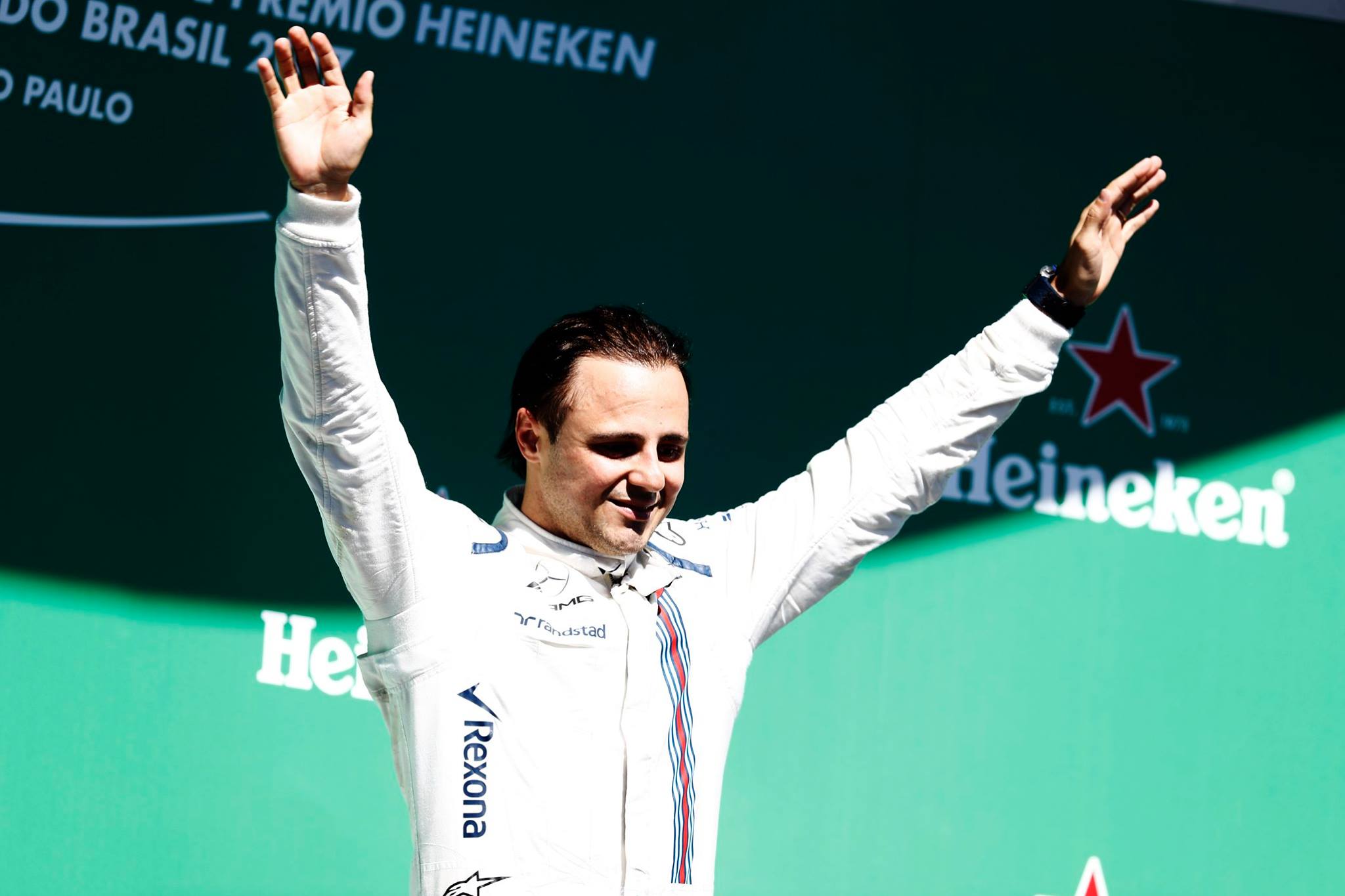 The 11th episode of F1 Beyond The Grid podcast of 2019 has Felipe Massa recall his earlier years, 2008 title miss, racing against champions, 2009 hit, Williams and more.

Massa starts the F1 Beyond The Grid podcast by talking about living in Monaco as opposed to Brazil even though all his racing cars and trophies are kept in a garage in Brazil. He then discussed about winning three races in Turkey and touched on his life with Ferrari.

He talked about working with Rob Smedley and went straight on to discuss the 2008 season where he lost to Lewis Hamilton in the most heartbreaking way. The Brazilian recalled his home race where he did nothing wrong all weekend.

But fate had other ideas. He admitted to be crying but accepted it and moved on. He also said the 2007 race was equally heartbreaking when he was asked to move aside to help Kimi Raikkonen win the title. Later on, he revealed interesting bit of the 2007 season.

In between, he talked in detail of what happened in 2008 where he marked the Hungary and Singapore as the races where he lost the points. He also revealed that Jean Todt immediately told them that Nelson Piquet Jr crashed deliberately.

Massa then briefly touched on the 2011 fight against Hamilton, where he thought the British racer wasn’t in the best frame of mind. He then went back to 2010 to talk about the ‘Fernando is faster than you’ message from German GP.

He said the term wasn’t discussed during the grand prix but was more talked upon commonly and was to be used either ways. Massa said it didn’t feel good to do it but by then he had to after earlier in the season he didn’t adhere to the order.

He recalled the Australian GP where he was asked before but he didn’t pay any attention. Even in Germany, he felt Alonso wasn’t hugely quicker than him. He talked about the Spaniard’s power and mindgames where he could put the team in his pockets.

The topic moved to the 2009 Hungarian GP crash in qualifying where a spring came lose from Rubens Barrichello and hit the left eye of Massa. He said he has no memory of what happened but remembers the surgery in Hungary and another one after that.

He added that he felt fine to drive despite the injury when he returned but he is not sure if that slowed him down any bit. They then started to discuss his relation with the champions he drove against at various points of his F1 career.

He started against Jacques Villeneuve in Sauber and move to Ferrari against Michael Schumacher, then Kimi Raikkonen and finally Fernando Alonso. While he took Schumacher as a mentor and so the relation was top but Alonso was more professional.

He said, the Spaniard is a good person outside the car but within racing environment he is a different beast. Before going to other champions, he added that Alonso’s decision to leave McLaren (after 2007) and Ferrari at the time he did was wrong.

Going back to champions, he said it was easier to beat Villeneuve who did not have much left in his tank, while he could even out-race Raikkonen. He revealed that he could have taken the 2007 title as the discussion was for Ferrari to favour one driver after Belgium GP.

Raikkonen was ahead marginally which put him in the front seat. Recalling his best years, Massa felt 2007 and 2008 was the time when we was at peak, even 2009 until the accident. They then discussed Massa’s earlier years with Sauber.

He said Raikkonen was the key for Sauber to develop as the team sold him to McLaren. The infamous US GP topic also sprung up when Massa was sidelined by Peter Sauber to race after the Brazilian’s multiple crashes in 2002.

Massa also revealed that he was close to getting a drive with Jordan until a last minute change as he then took the Ferrari test role which eventually changed his career. Fast forward to the current time, Massa said he feels sad with what has happened to Williams.

He said he had a good time with the team but the direction they moved towards, it didn’t do justice especially putting two inexperienced drivers like Lance Stroll and Sergey Sirotkin in the car. It is better with Robert Kubica and George Russell now but the car is not good.

He also stated that he wanted to continue in 2018 but the team couldn’t do enough to pay his salary and so they were forced to end terms. Speaking about Paddy Lowe, Massa said he expected more from him but he didn’t do enough.

On the more current topic, he feels Valtteri Bottas has to keep his mental game in check against Hamilton to be able to win the title as he reckons the Finn has all the tools but mental strength is the biggest factor which could decide the championship.

Talking about his memorable times, he recalls the pole in Austria with Williams and the podium finishes. Regarding his son Felipinho, the Massa Sr said that he has started to push towards racing but the decision is yet to be taken for the future course.

On the other side, he says he has invested in companies while also enjoys the FIA Karting Commission President role which Todt gave it to him after he didn’t want more political role within Brazilian motorsport federation.

He ended the podcast stating about the cars he has in Brazil which includes his Formula Chevrolet, Formula Renault, Formula 3000, Sauber 2005 F1 car, Ferrari 2008 F1 showcar, Williams 2016 F1 car along with all the trophies.

Vettel surprised with no contract extension by Ferrari, adds on his future