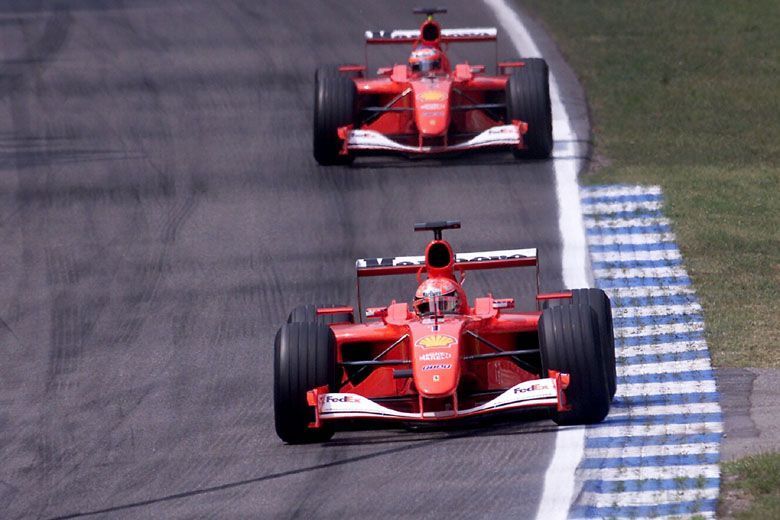 The Part 2 in F1 Beyond The Grid Ferrari special had audio from Michael Schumacher plus reactions from Nigel Mansell, Alain Prost, Rubens Barrichello, Sebastian Vettel and Charles Leclerc.

The second part of a two-episode special, the latest F1: Beyond the Grid episode began with a heartfelt monologue by host Tom Clarkson about Ferrari, and Michael Schumacher – an iconic driver of the Scuderia, unable to join the show on account of his severe injuries, sustained in a horrific skiing accident in 2013.

Previously-recorded audio of Schumacher was played to underscore the passion held for Ferrari by the maestro, his quotes being intercut with context given by Clarkson. Audio of Nigel Mansell was also played, with that of the Englishman particularly being particularly thorough, as he reflected on his time with the team in the late 1980s, and how his deal with the marque came about.

As the last driver to have negotiated with Enzo Ferrari himself, Mansell spoke to his imposing presence. The 67-year-old discussed the torrid reliability of Ferrari’s 1989 challenger, and discussed his emotions throughout that year’s Italian GP, which met its end for him in a win despite skepticism that drove him to frustration in the midst of that race.

The guest succeeding Mansell was the very man who drove alongside him in 1990: Alain Prost. The Frenchman discussed the impression Maranello made on him, and the few occasions on which he met Enzo Ferrari, whose team he only joined after the Italian racing giant’s death.

Prost discussed his accelerated departure from McLaren after his relationship with then-teammate Ayrton Senna grew increasingly contentious, and chatted about some of his wins with Ferrari in 1990. The 65-year-old also discussed what could only be described as the elephant in the Zoom: his loss of that year’s title to Ayrton Senna.

Rubens Barrichello acted as the third guest of the episode, representing their five F1 seasons of dominance from 2000 to 2004. The Brazilian described Ferrari, speaking fondly of the team, and told of his first win at Hockenheim in 2000, when he stuck it out on slick tyres while his competitors were forced onto the wet tyres by the conditions.

The penultimate guest was one of Ferrari’s two current F1 drivers, Sebastian Vettel. The German called winning with the team an honor in his short-lived segment, before Charles Leclerc symbolically carried the episode through its final minutes.

The Monegasque told the story of his first F1 memory, and it was after this that he shared the story of when he first received the news that he had gotten the Ferrari seat for the 2019 season.

Here is the link to the podcast as FOM prohibits embedding: https://podcasts.google.com/feed/aHR0cHM6Ly9hdWRpb2Jvb20uY29tL2NoYW5uZWxzLzQ5NjQzMzkucnNz/episode/dGFnOmF1ZGlvYm9vbS5jb20sMjAyMC0wOS0yMjovcG9zdHMvNzY4ODg0MQ?hl=en-IN&ved=2ahUKEwiWwIfNoYLsAhX-63MBHdyPBh0QieUEegQIDRAF&ep=6