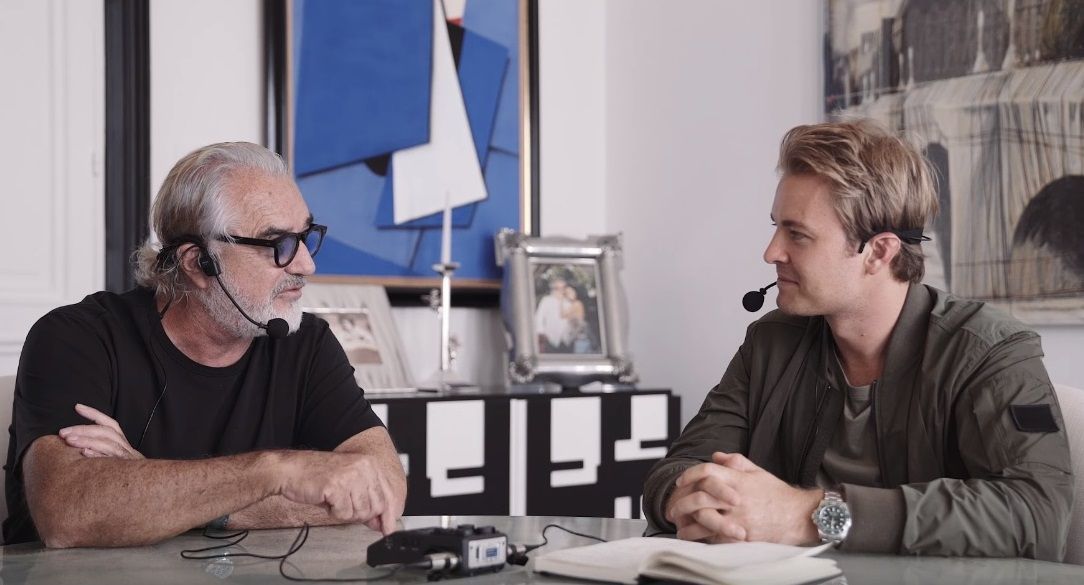 Briatore starts the third episode of Rosberg’s podcast talking about his journey into F1 from being a businessman in America to the world of motor racing. His first time in F1 was watching the 1988 Australian Grand Prix in Adelaide.

From there, he started the talks to takeover Toleman and make it the Bennetton Formula 1 Team. Briatore talks how he started with a backmarker British outfit and put it in the front, not only fighting for wins and podiums but also the championship.

He talks of bringing in a young Schumacher in the team when no one wanted to take a risk with a youngster and refuted the claims of Eddie Jordan who said Schumacher had a contract with Jordan for the full season and that Bernie Ecclestone wanted a German racer.

Eventually, Schumacher raced for Bennetton and won his first F1 title in 1994 and defended it in 1995 after which he moved to Ferrari. Briatore felt Schumacher made immediate impact in F1 and his work ethics perplexed the whole team.

He thinks the German brought a wave of change especially in terms of fitness for the drivers. He adds Schumacher played well with the team – something that his other find Fernando Alonso has been said otherwise.

Briatore refuted those claims especially the one laid by Red Bull Racing’s Christian Horner recently. The Italian feels that the Spaniard is a team player and supports them in every way – his only will is to win races and not fight for lowly positions.

He thinks the bad reputation generated for Alonso that he cannot build a team is wrong. When asked to compare, Briatore feels Alonso was less emotional to Schumacher with the German good in qualifying trim.

He thinks Alonso makes less mistakes. He also talks how he put Alonso in Minardi and then brought him to replace Jenson Button which generated huge outcry. He also rated Giancarlo Fisichella highly – not because of being Italian but as a talented racer.

Talking about the current times, Briatore stays with his view of drivers not driving cars but engineers dictating races which needs to be changed. On the 2018 title fight, he thinks Sebastian Vettel is to lose having made to many mistakes.

He thinks the German only looks at winning races to win the title rather go for points or podiums in selected races which will help him in the longer run. The incident in Monza is prime example of that as per him.

On the more personal side, Briatore was happy how he created GP2 Series which now runs as the Formula 2 championship. He also talks about creating jobs which gives him the biggest pleasure.