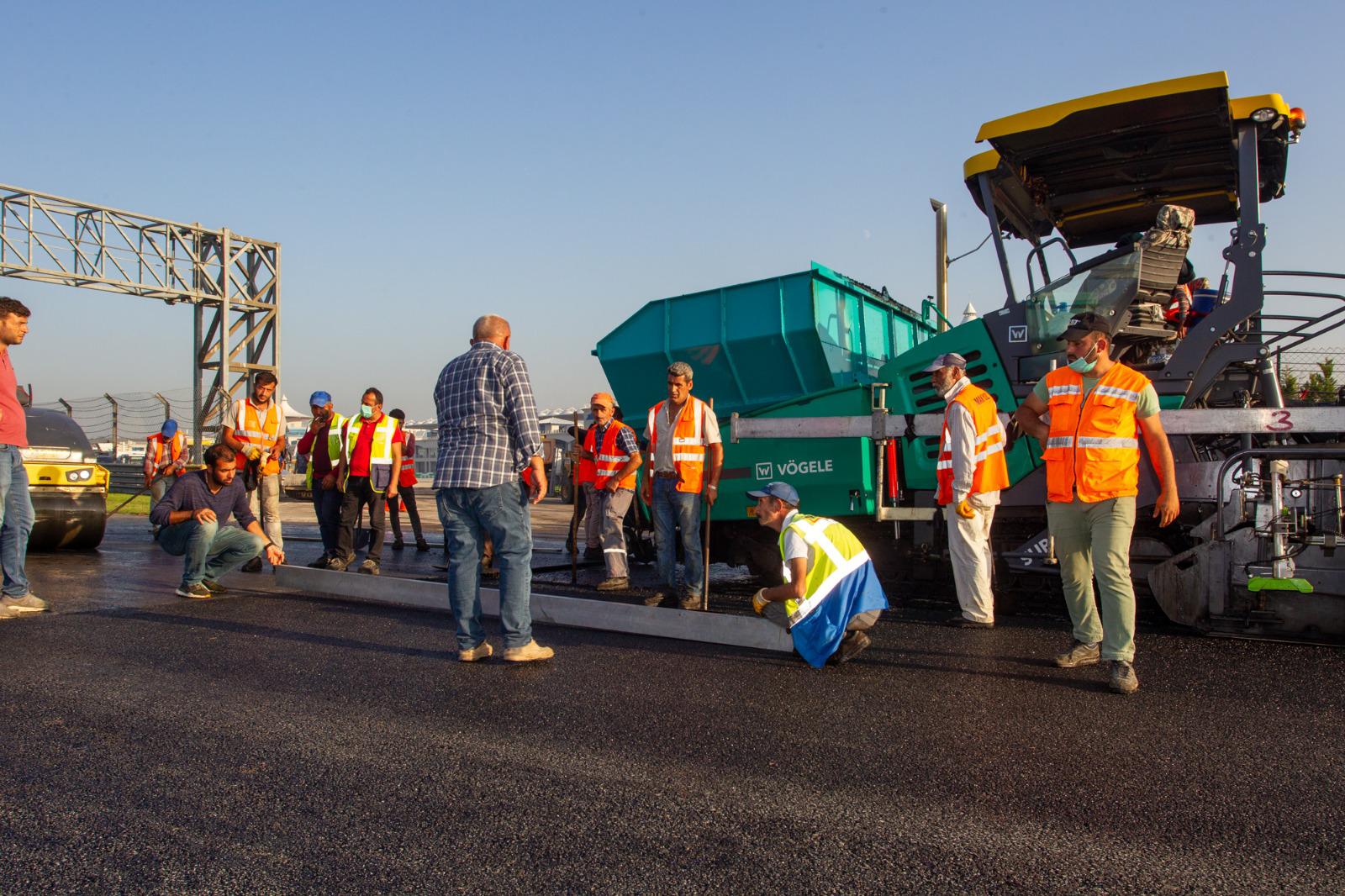 Pirelli Motorsport’s Mario Isola says their team in Turkey visited Istanbul Park where severity is similar to Algarve but less so than Spa or Silverstone.

With F1 having not raced in Turkey since the early 2010s, little is known about the track which will host the upcoming Turkish GP – at least in its modern form, the track and the cars set to race on it having undergone plenty of change since the last race there in 2011.

One particular area of uncertainty remains the tyres, and how they will react to the challenges posed by the circuit, especially its turn eight. The quadruple-apexed turn is a fabled one, and known to be uniquely tough on tyres.

However, Mario Isola remains adamant that Pirelli has an understanding of how the circuit will engage with their tyres, especially after they were able to send members of their organisation there to measure the specifications of the track surface – as they have a base in Turkey alongwith Italy.

Isola explains that analysis found the track to be less abrasive than the likes of Silverstone or Spa, and therefore less demanding of the tyres. “We made some simulations and we have an idea of the severity of the circuit,” said Isola. “[As for] the severity of T8, that is something that we know. We now have a good system with a good metric for us to compare circuits.

“We made a comparison between Istanbul and some other high-severity circuits. Istanbul is less severe than Spa or Silverstone – we are not talking about a circuit with a high severity compared to circuits we know. The tarmac is new, actually we went last weekend – thanks to our people in Turkey – to have a laser shipped to measure the asphalt.

“It is quite small – it is very new. If I had to give you an idea on the behavior I am expecting [from the tyres] in Istanbul, it’s probably in line with what we saw in Portimao. The numbers are slightly different, the macro-roughness is lower than in Portimao, and micro-roughness is quite low – it was quite low for Portimao and [will be] for Istanbul. We can find a comparison to Portimao,” summed up Isola.

After having taken the set of C1, C2 and C3 – the hardest three compounds available for the 2020 F1 season – to Silverstone, Barcelona and Algarve, the same three will be seen again this coming weekend from Pirelli, where the circuit is expected to be abrasive.

Here’s selection of photos/video of the track:

Here’s Pirelli on how the 2021 tyres are shaping up