Pirelli Motorsport has revealed the three compounds for the last seven rounds of the 2020 F1 season as Portimao is to host the 2021 test.

Having already released the details of the first 10 F1 races, Pirelli has now confirmed the three compounds for the remaining seven races to be held in Italy, Germany, Portugal, Turkey, Bahrain and Abu Dhabi – including the double-header.

Starting with the grand prix at Nurburgring, Pirelli will be using C2 (hard), C3 (medium) and C4 (soft), which will also be used at Imola and both the races in Bahrain – which Mario Isola had hinted on, that even with the outer track, they will keep the same compounds.

This combination so far has been used for races in Austria (both), Hungary, Britain, Belgium and Italy (Monza). Meanwhile, for the races at Portimao and Istanbul, Pirelli will use the hardest three with C1 (hard), C2 (medium) and C3 (soft).

The same combination featured in Britain’s first race, Spain and Italy (Mugello). And finally, the grand prix at Yas Marina Circuit will see the three softest from Pirelli, with C3 (hard), C4 (medium) and C5 (soft), which will also be seen in Russia.

The distribution of the number of compounds for each F1 race is different this time from Pirelli as the rounds in Germany, Bahrain (both) and Abu Dhabi will see the F1 teams getting two sets of hard, three of medium and eight of soft.

At the same time, the races in Portugal and Turkey will see the F1 teams getting three of hard, three medium and seven of soft. The sole remaining round in Italy (Imola) will see two of hard and medium and six of soft at the teams’ disposal.

The inaugural Portuguese GP, meanwhile, will also host the tyre test where Pirelli will run the 2021 prototype during the practice session – likely in FP2 – for 30 minutes. The test was supposed to take place at Silverstone (the second weekend) and Barcelona.

It couldn’t be held as Pirelli had to bring in further changes to the tyres and selected Portimao which will have a suitable track and weather conditions unlike Nurburging. They cannot test at Imola as the weekend there will be only of two days.

Post Portimao, they will only be left with Turkey, Bahrain and Abu Dhabi to test if they wish to test further modifications after Portugal. The latter of the three is most likely to have not only a young drivers’ testing but also the annual post-season test too.

“We decided to postpone the tests which were planned at the second race at Silverstone and Barcelona to redesign some prototypes with the extra time to slightly revise the construction for next year,” said Isola. “It’s only 30 minutes.

“We will supply different run plans for different teams in order to collect as much information as we can to define the tyre for next year. This is planned for Portimao. It’s a new track. We don’t have a lot of data from Portimao.

“From now onwards, we have a lot of new tracks so we decided on which track we want to test and that is Portimao, which is a high severity circuit where we probably find some good weather and that is why we decided to nominate Portimao for our test.” 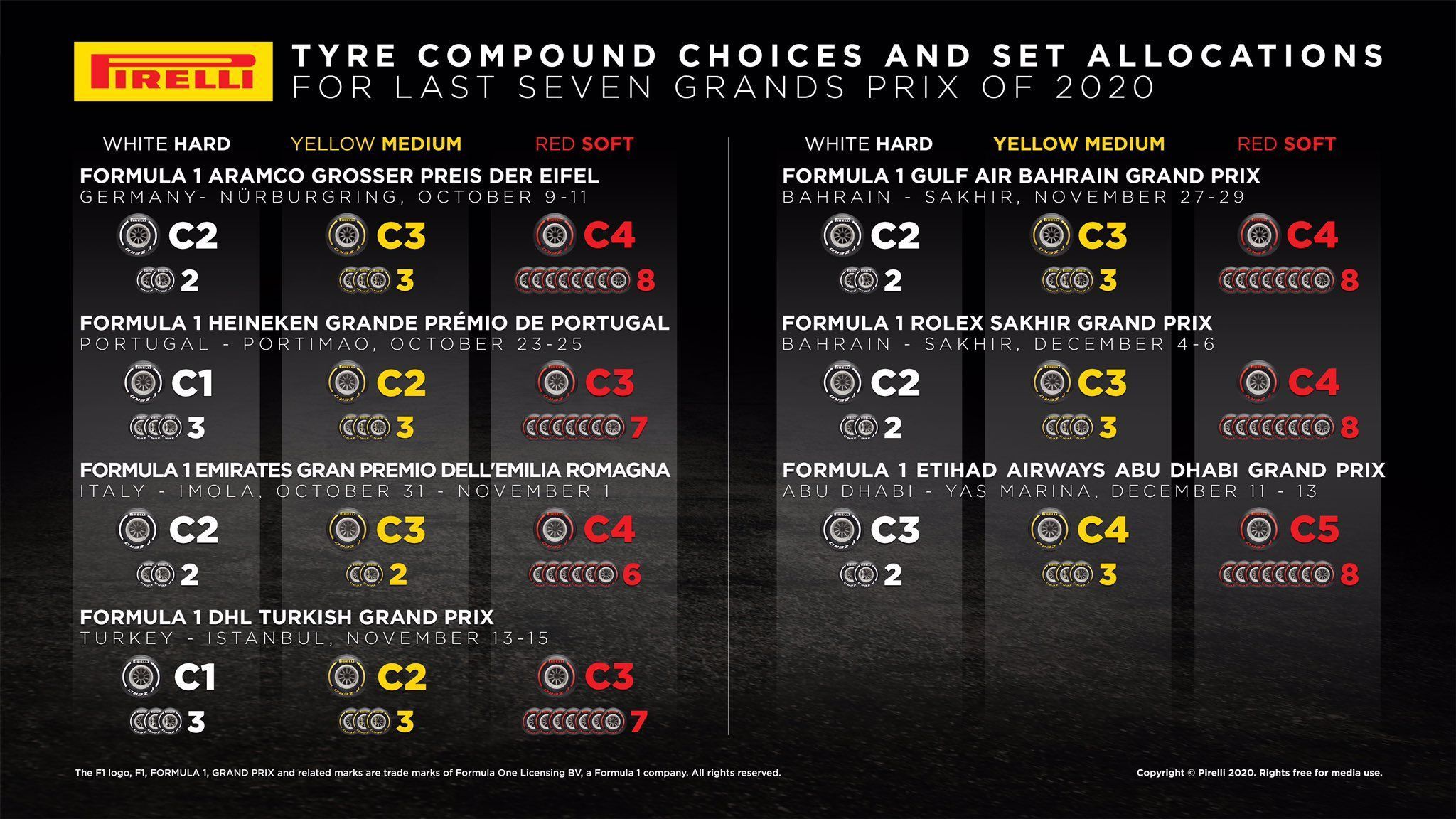 Here’s Pirelli on downforce cuts for 2021