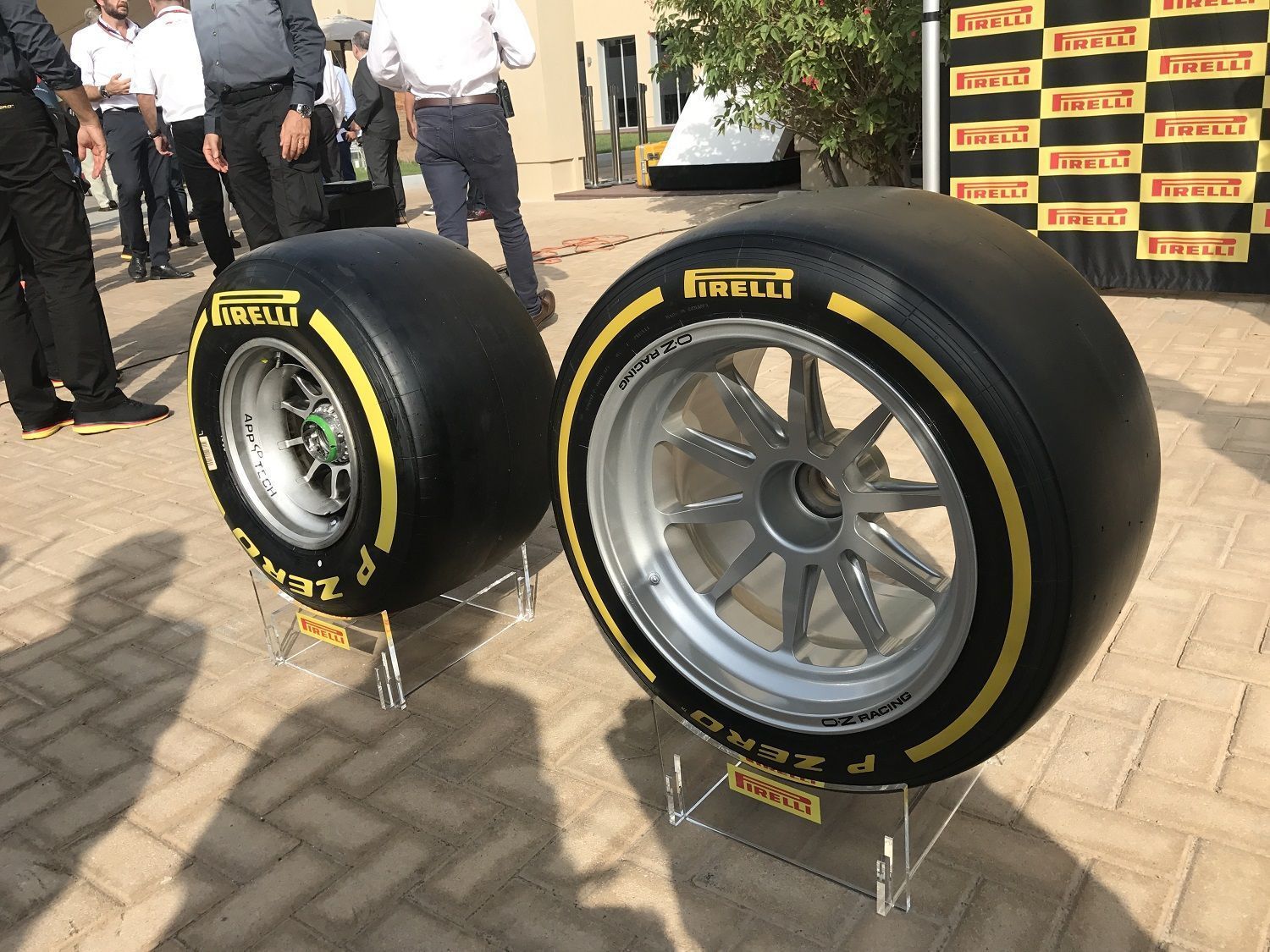 Pirelli Motorsport has revealed the names of the three F1 teams that will supply mule cars for the development of the 2021 18-inch tyres.

With F1 moving towards 18-inch tyres from 2021 onward, Pirelli requested all the 10 teams to supply a mule car for them to develop the compounds from as early as 2019 season and the whole of 2020. It seemed like Williams would be asked to do so.

However, it ended up with Mercedes, McLaren and Renault coming forward to help as they have agreed to provide a mule car for the tests starting post the summer break of 2019. The rest is likely to join in from 2020, in a usual practice done.

Each team is to have a two-day session but the data from the tests will be provided to rest of the seven teams. “The intention is to have three test sessions, September, October and November,” said Pirelli F1 boss Mario Isola to the media.

“We are going to offer the opportunity for a mule car again in 2020 for all the teams. It’s their choice if they want to do that or not. It’s the same system and procedure we are using the last few years. We offer it to everybody, teams can accept or not.

“Then we make the plan according to the number of teams that accept. We have 25 days of testing next year, as it was the last few years. So we have a short development plan for 2020 in the first half of this season and then we switch from September onwards.

“Everyone knows the development is not just these three sessions in 2019, so as I said the teams all the teams can decide to participate in 2020. The three teams that replied positively have been chosen. And we are planning three sessions, so it’s quite easy to give one sessions each.”

In few earlier reports, it was suggested that Ferrari will also be one of the teams to prepare the mule car along with Red Bull Racing but Mattia Binotto stated that when they knew they could test in 2020, they opted for that rather than rush in 2019.

“We have been offered, and it has been our own choice not to participate, being short on time and resources for the programme, so as Ferrari we decided simply not to take part in this test in 2019, but we are preparing ourselves to do it in 2020,” he said.

“I’m pretty sure that we will have the opportunity to do it. Certainly you cannot do everything, and you need to make your own priority at some stage. That has been again our own choice.

“There is still a process where Pirelli are sharing all the data with the teams of the output and the results, of the mule car testing, so we are certainly counting on that one.” Red Bull couldn’t do it as they don’t have a 2018 car after ending ties with Renault.

Along with the F1 tests, Pirelli will be gathering key data from the FIA Formula 2 Championship as well in 2020, which will switch to the 18-inch rims from next season as per the announcement made on Thursday during the Spanish GP weekend.