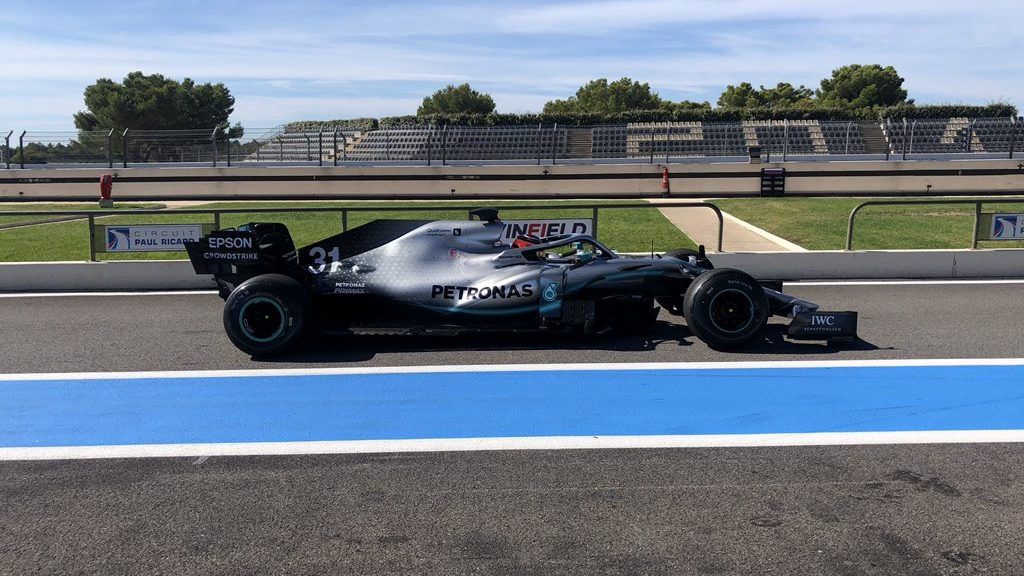 After talks of needing an extra tyre test to prepare well for the 2020 F1 season, Pirelli has shared details of testing programme which will have Mercedes, Ferrari and Red Bull running the prototype tyres.

The Italian manufacturer completed its scheduled test runs with all the teams except Haas and Renault in 2019 of the 2020 tyres but aren’t convinced fully with the data to prepare the new compounds.

Thus the talks around an extra test kick-started with the leading teams eventually agreeing to run. They first planned to run at Paul Ricard during the last test but due to unavailability, they had to push it away.

They will now test in October before the Japanese GP at Barcelona with Mercedes expected to run Esteban Ocon, Ferrari to have Sebastian Vettel and Red Bull will likely field Jake Dennis.

“The target of the test is to finalise the development for 2020,” said Pirelli’s Mario Isola. “We had some addition requests in June and July, so it was difficult to change our development at that time and we made a proposal to have an extra test to test a new compound with a wider working range, especially on the hard levels.

“That is not possible in Paul Ricard – that was the last test in September – and, luckily, three guys were available to run the test, so we will have one day each, Mercedes, Ferrari and Red Bull. That is a very good opportunity for us to finalise the product for next year.

“We are grateful to the teams that accepted to test for us. I fully understand that it is a big effort of them to fit this tyre test into the calendar, which is very, very busy. It will be the same next year with an additional race, so we are finalizing also the plan for next year.

“Testing is very important for us. We need to validate our tyres on track. We cannot change the product during the year. We have to do the best we can do during the season in order to homologate a good product for the following season and the only opportunity is to have a proper test calendar.

“I understand how difficult it is, and thanks to, not just these three teams, but all the teams, because in previous test sessions all the teams were available to test for us and we can do our job.

“We have a lot of requests, different requests coming from different people and we are trying to summarise them in order to have a shared document with everybody agreeing on that and we try to do our job in the best possible way.”

Speaking on the teams’ behalf, Mercedes’ James Allison stated: “It’s tough but it’s doable. The aim of getting better tyres is a noble one. We’re just leaning heavily on people who are knackered but they’ll step up and do it and in answer to your specific question I think Esteban is going to drive it.”

Ferrari’s Laurent Mekies added: “We have been asking so many times things to Pirelli, I think it was only our duty to be able to do this test when they actually ask us to go and test this latest evolution.

“So, yes, logistically it is complicated but Sebastian will drive there and at the very end of the test he will just fly straight to Japan. But we felt it was, again, a duty towards everything we are asking to Pirelli to support the fact that we all want better tyres and that was the best way to achieve that.”

And finally, Red Bull’s Paul Monaghan added: “We’re heading to Suzuka and clearly with Honda we want to be in the best shape we can be and now we are being pulled to Barcelona as well, so it’s mighty challenging. But we will do it. We’ve said we will do it; we’ll run a car.

“I think at the moment Mr Dennis is down to drive it. Jake Dennis, I believe, is going to drive it. He’s driven our car plenty of times before and he’ll be fine, he’ll do a good job for us and we’ll go and do a tyre test.”