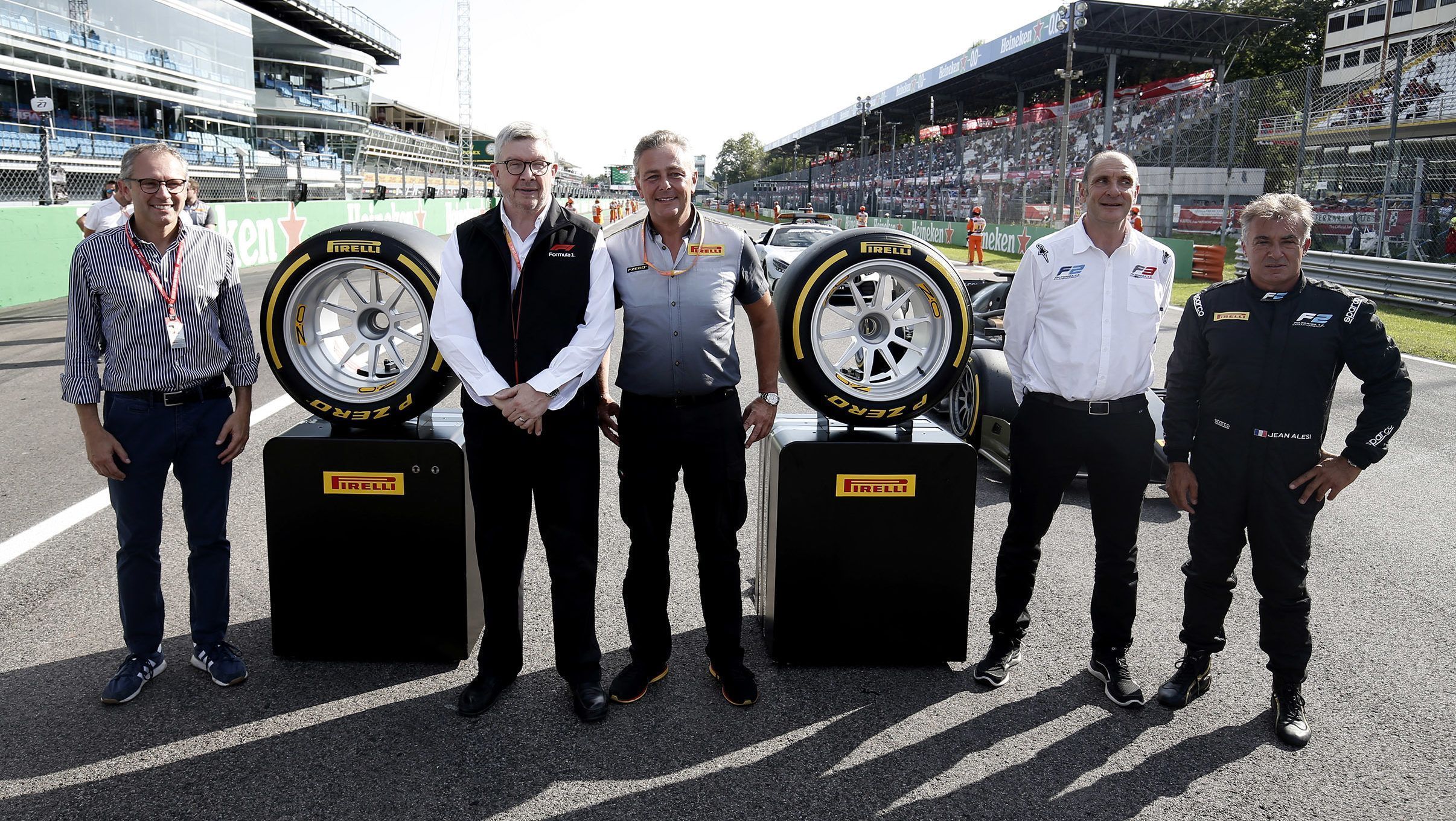 Jean Alesi helped Pirelli Motorsport officially reveal the 18-inch tyres of F2 and F1 which will make its debut in 2020 and 2021 respectively.

Following the official announcement made during the 2018 Abu Dhabi GP regarding F1 and for F2 earlier this year, Pirelli began on-track testing for the latter already with the test runs for F1 to start next week.

With the 18-inch tyres to make its first appearance in F2 in 2020 and in F1 in 2021, Pirelli officially unveiled the tyres at Monzai during the Italian GP with Alesi driving the prototype compound in a F2 test car.

The Italian manufacturer also confirmed the dates for the first F1 test run of the 18-inch with Paul Circuit hosting the two-day run next week on Thursday (September 12) and Friday (September 13).

It will be Renault running with the drivers yet to be confirmed. “The eye-catching demonstration run with the new 18-inch tyres at Monza, courtesy of a legendary driver who will always be associated with this track, provided a fascinating glimpse of a future that will be with us before we know it,” said Isola.

“The links between Formula 2 and Formula 1 have never been closer, symbolised by this latest demonstration and display at our home circuit. Now we look forward to track testing some 18-inch Formula 1 prototypes for the first time next week in France.”

Meanwhile, Alesi added: “It was an amazing experience to be able to show the Italian crowd, and the rest of the world, what the Formula 2 car will look like in 2020 with the new 18-inch Pirelli tyres.

“I really enjoyed my time out there on a track where I secured two F1 pole positions: this car is great to drive. I was able to prepare for this event earlier this week by completing a few laps at Magny Cours to find the feeling and make sure the demonstration was a success. I would like to thank F2 and Pirelli for this wonderful opportunity.”