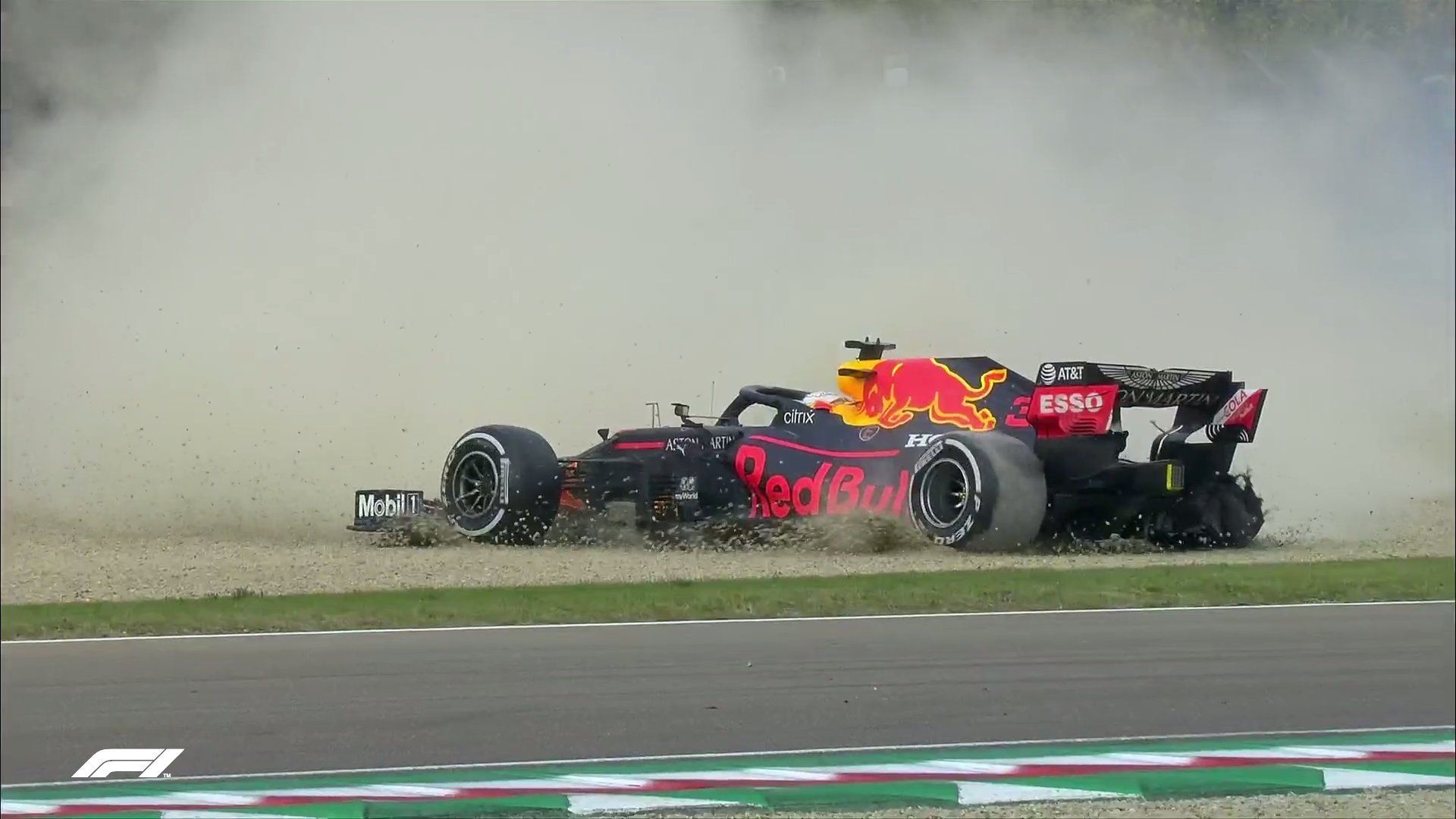 Pirelli Motorsport has begun its investigation into the puncture of Max Verstappen in F1 Emilia Romagna GP as initial pointer is towards debris.

It was a dramatic failure for Red Bull’s Verstappen in F1 Emilia Romagna GP at Imola, which ended his second-place charge. The Dutchman did the hard work of passing a below 100 percent Mercedes’ Valtteri Bottas for second, before another retirement.

It came with no warning to Verstappen and Red Bull, as his right-rear burst in split second to send him into a spin as he beached himself into the gravel. It was a 18-lap old hard (C2) compound, as the Dutchman was the only one to have such a failure at Imola.

Previously, the first Silverstone race saw such failures for not just Mercedes but also McLaren’s Carlos Sainz. Pirelli noted the Verstappen puncture as a debris cut but they have transferred the tyre to its Milan base for further investigation.

Pirelli kept the same stance when asked by FormulaRapida.net as the Italian manufacturer added that they expect its final result by early next week, before the Istanbul race. There were reports about checks on other front-runners’ tyres from the grand prix too.

But when pressed further about it, Pirelli stated that it is common procedure for them to bring in tyres of several front-running drivers to assess the impact on the compound. For Red Bull, it was a big loss on points with Alexander Albon not scoring as well.

Until then, Verstappen, at least looked set for another podium finish to keep his record of finishing all races on podium in 2020 from the rounds he saw the chequered flag in. “It looks like he’s hit some kind of debris because he is on the radio to his race engineer at the time and boom, the tyre suddenly went,” said Christian Horner to TV media.

“So, it suggests that something like hit and it was a total instantaneous puncture. Until then it looked good, particularly after he managed to pass Valtteri, and it felt like we had decent pace. So, annoying not to get the P2,” Horner noted, as he added about the race thus far for the Dutchman, including noting a brake-test from Bottas.

“We were in a strategy sandwich where he we go for the undercut then they would go longer, so you can’t cover both options,” said Horner. “So you have to pick the one and try and beat. We actually picked to try and beat Lewis because we felt that Valtteri on new tyres will also have pace but his pace wasn’t great.

“He was making a lot of mistakes which allowed Lewis to get in the pit stop window, which they didn’t take it, then they got into traffic which is when VSC came out and he got a free stop. We were aware of Valtteri’s problems as we listened to the radios of other teams, even occasionally listen to TV guys too.

“We were aware of the damage that Valtteri was managing and that gave Lewis the pace advantage as well, which we got. He was telling me now that Valtteri gave him a bit of brake-test which is fairplay, in the corner where he made the mistake, he nearly went at the back of him, but he was patient enough to come on the long straight and use the DRS to pass him into Turn 2. At that point, it felt good,” summed up Horner.

Regarding the Mode 8, which Verstappen complained about on the radio, Horner acknowledged it. “Max didn’t like Mode 8, we were managing small issues, these engines are so fussy about,” he said. “Sometimes the drivers feel a roughness with different engine modes, so Mode 8 he was not particularly keen on, we will try and avoid that in future.”