Home F1 Photos: Bottas had a WRC run with Citroen as well alongside Lappi 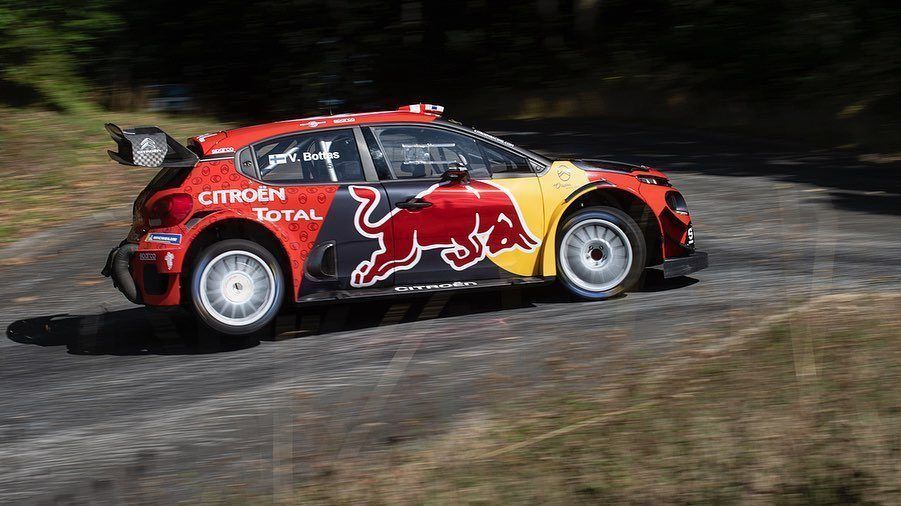 Following the news of Bottas testing with M-Sport Ltd in a Ford Fiesta WRC during the F1 summer break, when the teams were preparing for Rally Germany, the Finn had another team on his list checked.

It is unclear if Bottas drove the Citroen C3 WRC car or the team’s regular and compatriot Lappi ran him around as no video of the run has surfaced. However, photos from Bottas suggests that he drove the C3.

It is Bottas’ third WRC run in recent months, which started with Toyota. Only Hyundai is left for him to complete the four manufacturers. These outings, though, come at a time when Bottas is fighting for his F1 future.

Mercedes indicated of talks during the summer break but Toto Wolff cautioned that the decision may not be announced straightaway. Finnish reports suggests that Bottas has a new contract in place.

Should he retain his Mercedes F1 seat alongside Lewis Hamilton, the speculation around Esteban Ocon joining Renault as per German reports, could come true, as a replacement for Nico Hulkenberg.

The Frenchman has been filming for Drive To Survive Season 2 for Netflix in the summer after his holidays and recently had to clear out a silly news around a bio change of his social media accounts on social media.

While the WRC runs can be for Bottas contemplating his future if he loses his F1 seat, but at the same time, the tests could be a stress buster for the Finn, like he did at the start of the 2019 F1 season.

He had a competitive outing in the Artic Lapland Rally in a M-Sport Ford Fiesta WRC car, when he finished fifth overall. Like Hamilton is given leeway to live his life, this could be the same for Bottas.