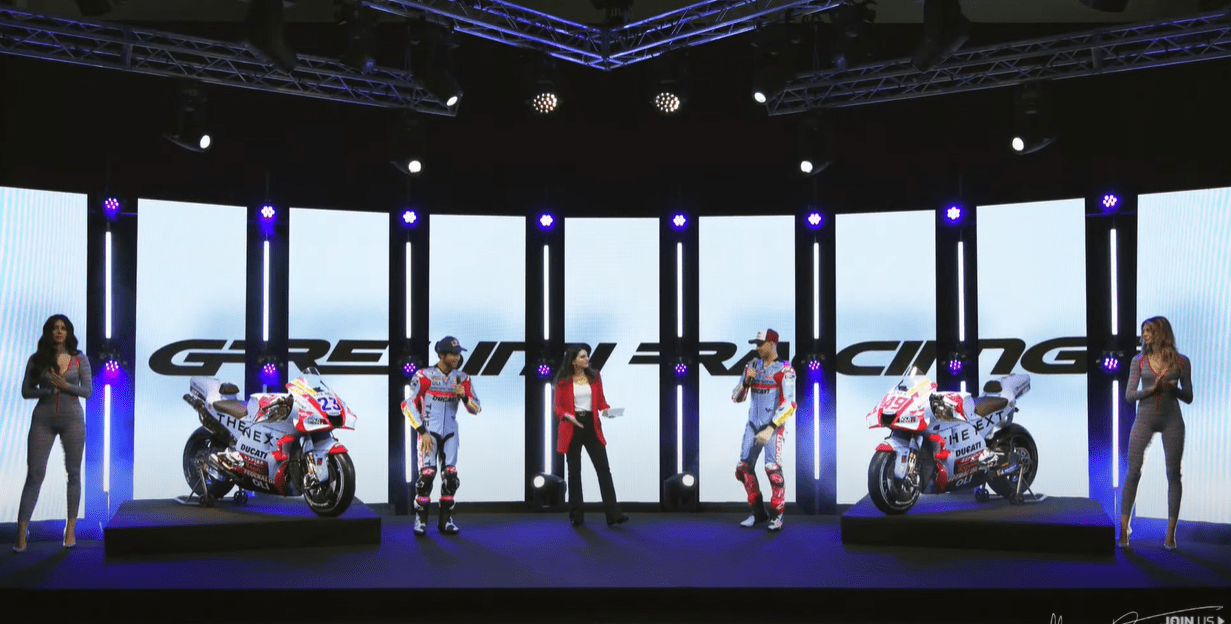 Gresini Racing starts its new journey in MotoGP with Ducati Corse as it unveils the 2022 challenger along with the riders.

Having partnered with Aprilia for the last few years, Gresini Racing is branching out as an independent MotoGP outfit from the 2022 season onward where they kick-start a new journey as one of the three satellite outfits of Ducati Corse.

The team will have Enea Bastianini abode the #23 Desmosedici in his second MotoGP season, while Fabio di Giannantonio graduates to the premier class from Moto2 using #49. The two had their first outing as a pair in the Jerez test after 2021 season.

They won’t have the current GP22 though, with the deal to use GP21 in 2022. Looking at the livery, Gresini Racing used a shade of bluish-grey as their primary colour alongside red with the overalls of Bastianini and di Giannantonio also in the same combination.

“The new colours of the bike are very particular, when I saw it first it appears a little strange to me, but now that I see it live I can say it is amazing,” said Bastianini. “Such a great bike can’t be but fast!  In about twenty days we’ll be leaving for the tests, luckily it is just a short time because I’m way too excited to be back on my Ducati.

“I already met the team during the first test: we had the chance to know each other better and to work together, and I can firmly say that I have a super team. I think it is going to be a very interesting season, I’m sure we’ll achieve great results. I can’t wait for the season to begin.”

His teammate di Giannantonio stated: “2022 is just around the corner. It will be my first season in MotoGP and it will be so cool! I will have a lot to learn, my expectation is to grow race by race and who knows, we’ll may be able to collect even some great achievements. In a bit we’ll be back on track for the test, we’re going in Malaysia and Indonesia is following. I can’t wait to ride again this beautiful beast.

And finally, team owner Nadia Padovani Gresini added: “We’re finally presenting a project we strongly believed in and one we have been working non-stop for during the last year. We’re very motivated and we ended up being the first MotoGP team to present itself; plus, I believe our bikes are beautiful – and I hope all the others will like them, too.

“I would like to think Fausto is looking at us from above and that is proud of his family. There is almost no distinction between natural and work families, we’re one. I must say that I saw both Diggia and Enea in great shape and eager to start: we’re aiming at being among the protagonists and show up at the parc ferme sometimes.” 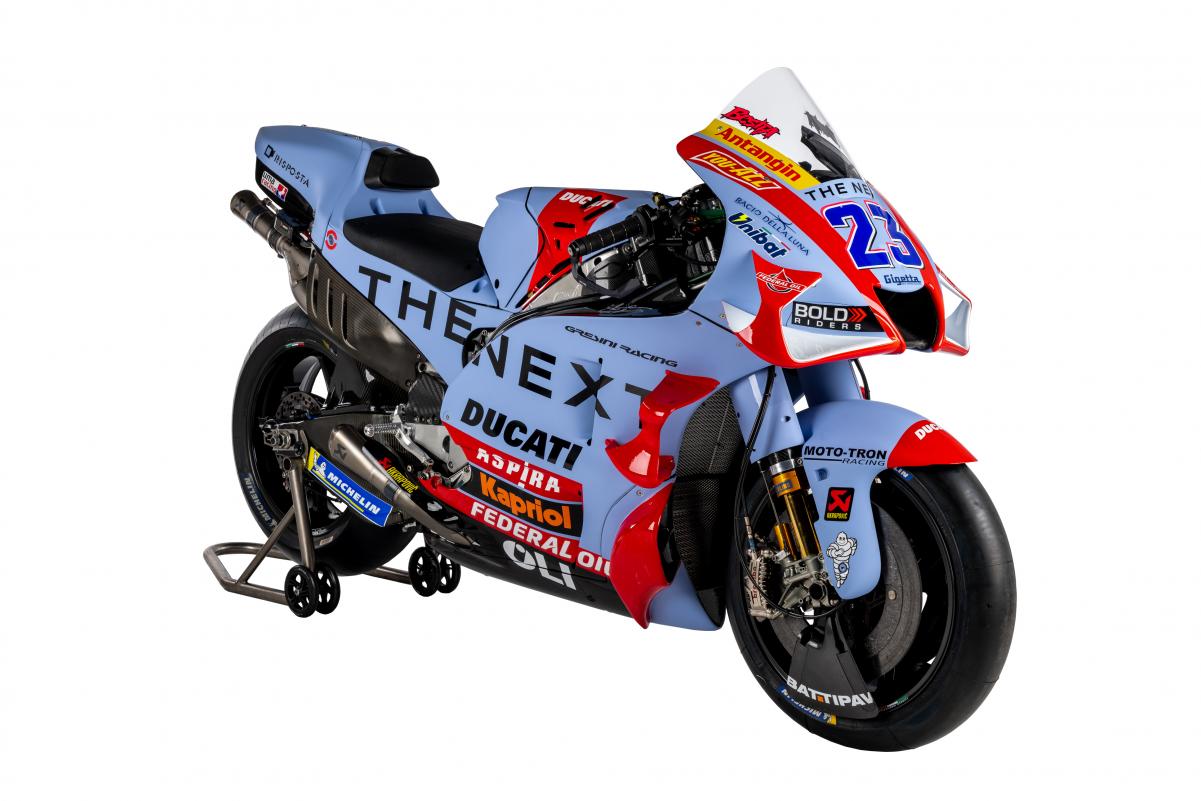 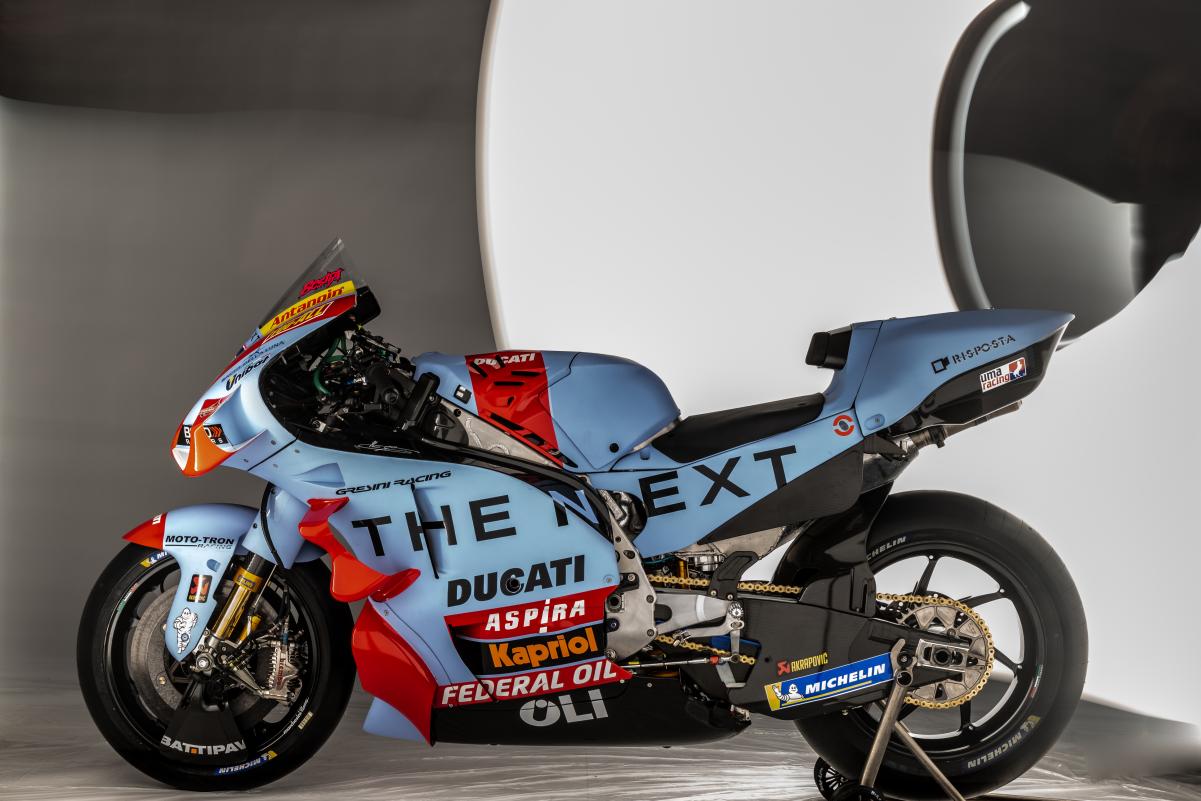 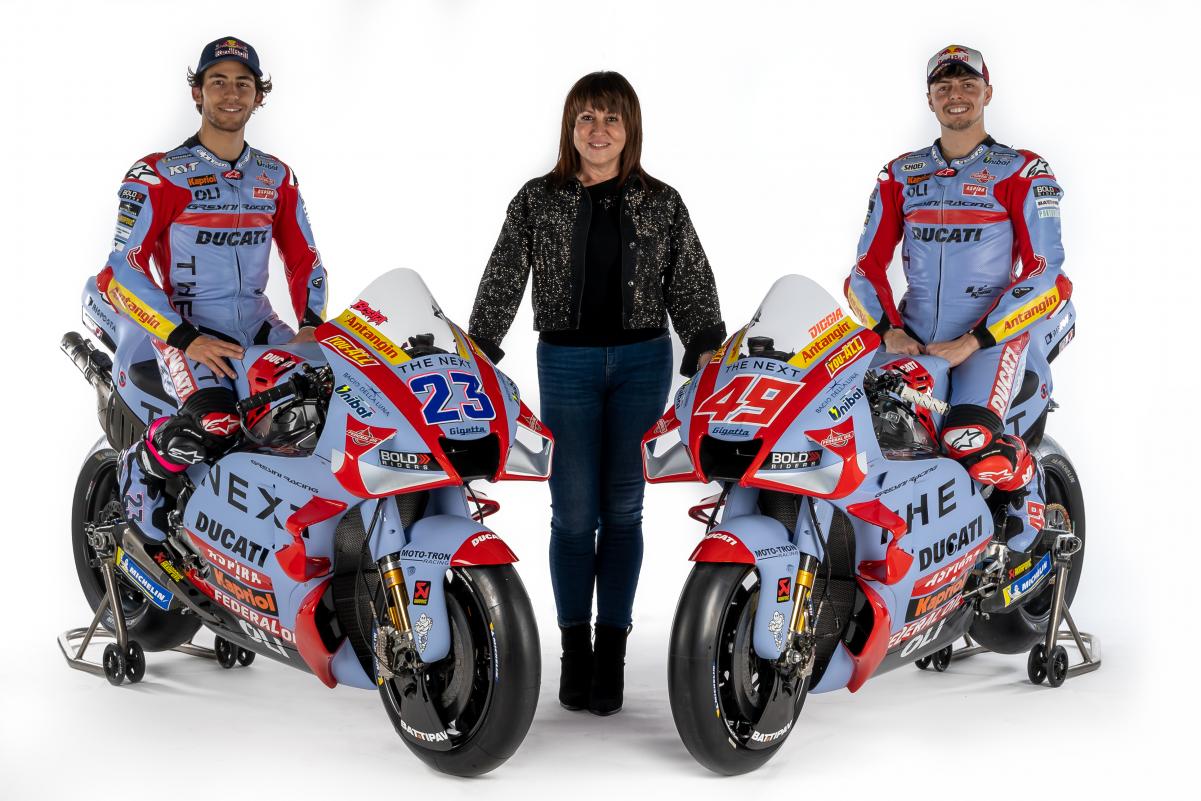 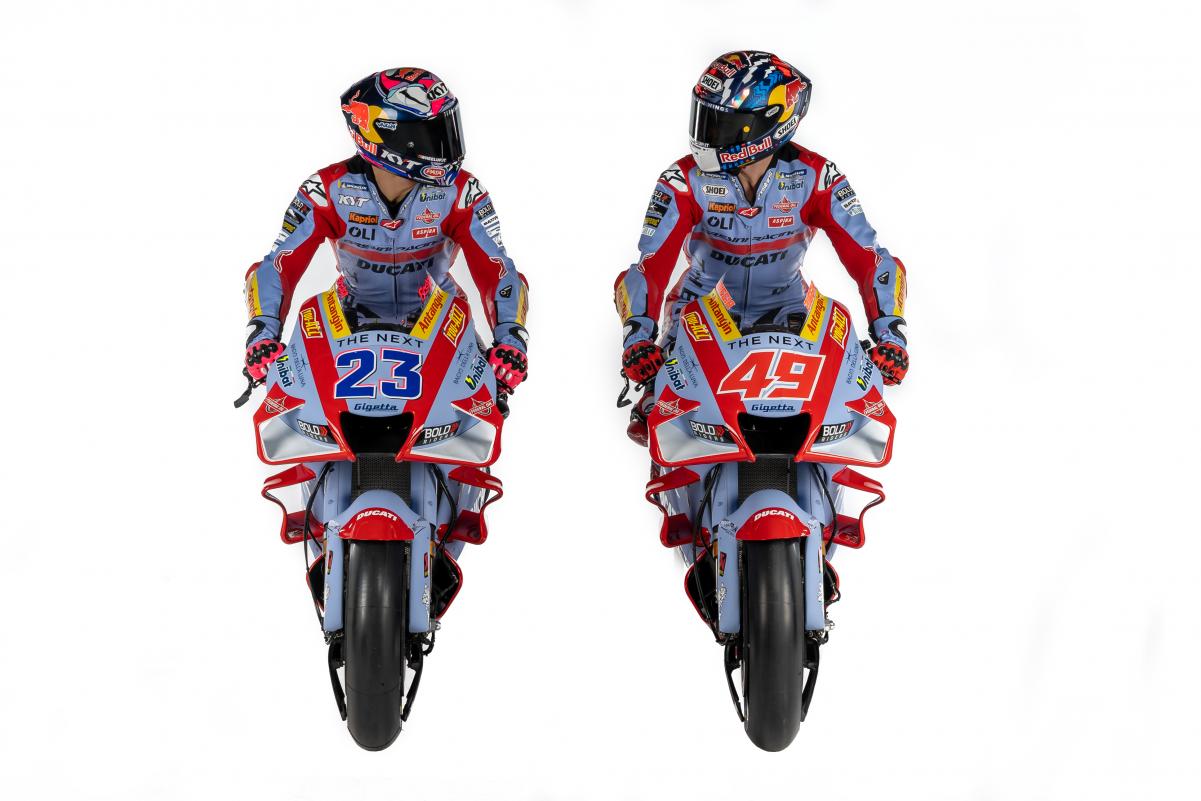