Home In the Spotlight Petrucci joins Tech 3 as Oliveira to replace Espargaro at KTM from... 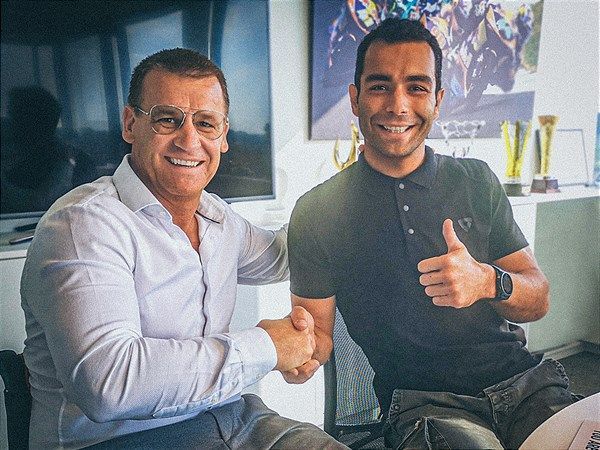 KTM has confirmed a huge shake-up in its line-up and also the MotoGP grid for 2021 as Miguel Oliveira will replace Pol Espargaro, while Danilo Petrucci joins Tech 3.

The speculation of Espargaro moving to Honda now seems to be certain to happen with the announcement of KTM, who have confirmed the promotion of Oliveira to the factory team from 2021 MotoGP season onward to partner Brad Binder.

His place will be taken up by Petrucci alongside Iker Lecuona at Tech 3. This also confirms the Italian’s departure from Ducati after it announced Jack Miller for 2021 MotoGP season. It is yet to confirm if Andrea Dovizioso will stay on with the team or not.

The promotion for Oliviera comes at a time when the Portuguese was overlooked by KTM as Binder made a direct jump to the factory team from Moto2 this year. The Portuguese, though, will spend another year at Tech 3 before getting to step-up.

For Petrucci, meanwhile, it will be his first time abode a KTM machine in his world championship career and interestingly he has opted to learn the bike at Tech 3 before jumping to the factory machine – perhaps learning from Johann Zarco’s likely mistake.

Upon his contract extension, Binder said: “I’m incredibly excited to be able to have another season on the Red Bull Factory Racing RC16 and I’m really looking forward to getting this year underway and my first MotoGP race under my belt. It’s an honor to have this opportunity and I’m looking at a bright future with KTM and some great times to come.”

Meanwhile, Oliveira added: “I’m really happy about this opportunity that KTM have given me for the next two years. I feel that they trust me to show my value as a rider in this project. Since day one I have given my best to the bike and believed in its potential to achieve good results and this is what we want to deliver in the near future.

“I think we are in the right place to do it, and for me to develop as a rider. It’s a great, great opportunity. We still have to focus on 2020 but I feel grateful for this great challenge. Thanks to the KTM family.”

And Lecuona stated: “I would like to truly thank Red Bull KTM Tech3 for the confidence they are placing in me for their 2021 project. I felt very good with the new RC16 from day one and the bike has really progressed from the configuration we used in the 2019 Valencia race. I think we can make some great races with this machine.

“Signing for 2021 gives me enough peace of mind to be able to fight for my goal of being Rookie of the Year. I feel like I’m in a great family here.” Over at the team’s side, Pit Beirer, KTM Motorsport Director said: “It gives me great pleasure to stick these four hungry guys together for our MotoGP program.

“Brad Binder and Miguel Oliveira have a productive working relationship and have shown the talent and the desire to win races through all stages of Grand Prix. We believe they have the determination necessary to push our MotoGP project forward. The same goes for Red Bull KTM Tech3 where we’re happy to bring Danilo Petrucci into the family.

“His experience counts for a lot but we’re also banking on a rider that is committed and with the right attitude. We believe he still has something to show in MotoGP. On one side we are investing in MotoGP front-runners ‘of the future’ but they could easily become stars already in 2021 and that would be exciting to see.

“We have two set-ups but really it is one big team with all four athletes on the same bikes and with the same possibilities. Our riders’ development and success will be a great KTM story and it will taste even sweeter to take these guys to new heights in such a tough competition.”

Mike Leitner, Red Bull KTM Race Manager stated: “We have two very talented riders in Red Bull KTM Factory Racing for 2021 and we’ve seen in both Moto2 and Moto3 what they are able to do. It’s great to be able to bring both of them through the ranks into MotoGP. Miguel Oliveira has already made positive first steps in the category and performed so well at Red Bull Ring last year.

“He was unlucky with the crash at Silverstone because he suffered with his shoulder for the rest of the season. We expect him to have a good championship this year and be even more ready to change set-ups for 2021. For Brad Binder we know his skills and potential as a rider. Of course, he is the rookie but we’ll bring him up to speed in 2020 and help him to learn the category to be stronger for 2021.

“Right now, we’re looking forward to racing in 2020 and have to thank everyone that managed to make a race calendar happen this summer. We are very confident with our current rider line-up: as we said, Brad will learn, and Pol has a great chance to get some decent results. We cannot wait.”

And Herve Poncharal, Red Bull KTM Tech3 Team Principal said: “Iker Lecuona, the youngest rider on the MotoGP grid at the moment, is going to be with us again in 2021. We are all very happy about that because it was a big move for him to jump on a MotoGP bike and, unfortunately, he hasn’t had a lot of chances yet to show what he can do.

“Then we will have the pleasure to welcome Mr. Danilo Petrucci with us from 2021. Danilo is a man I respect a lot. He is a ‘normal’ guy, who always say hello to everyone, who has a lot of charisma and a great sense of humor. On top of that – and maybe even more important – he is also a team player and a MotoGP winner.

“There are four factory Red Bull KTM riders on the grid with the same support, the same equipment and this shows us the support that KTM is giving to the team. I would like to thank Stefan Pierer, Hubert Trunkenpolz and Pit Beirer: these are exciting news and it is an exciting program. We want to do well in 2020 but we are also already impatient to start working with our 2021 crew.”