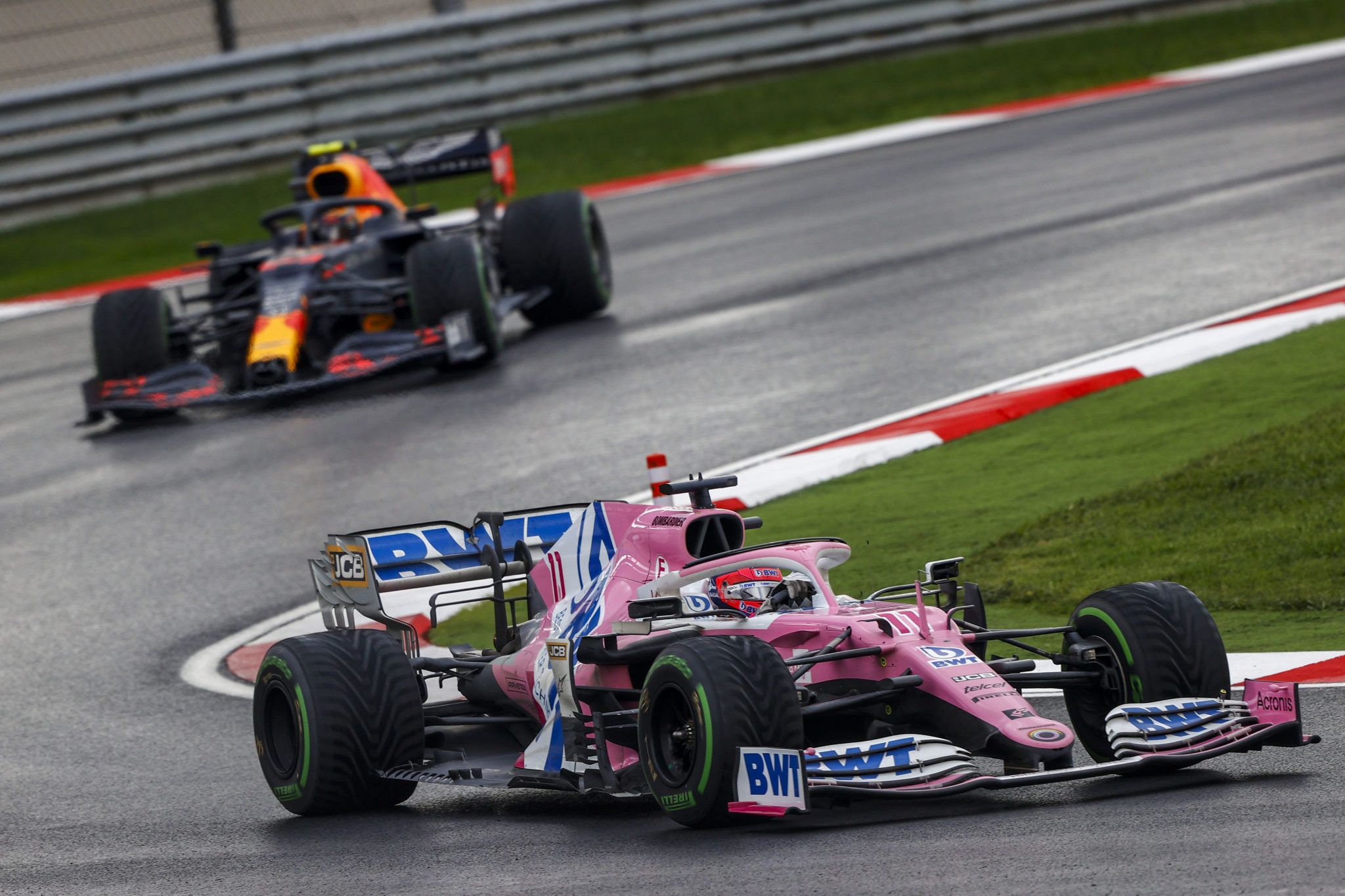 Sergio Perez wants to see how it will feel without F1 as Alexander Albon states he only has Plan A, while Daniil Kvyat and Haas duo add on.

The future of Perez has been at the heart of the 2020 F1 silly season. A highly-regarded driver, the Mexican has the support of the F1 fandom in his pursuit of a seat in 2021, though his efforts are entirely reliant on the decision of Red Bull regarding the future of their driver, Albon.

Rumors had circulated that the 30-year-old, currently fourth in the championship for Racing Point, could be replacing George Russell at Williams, but these were soon quelled, leaving Red Bull as his only real option, bar Haas – the driver line-up of which is fully expected to exclude Perez.

Perez suggested ahead of the F1 Bahrain GP that he hopes to continue, but that if a strong opportunity – presumably one at Red Bull – does not present itself, he will likely take a step back from the sport for a season. “There’s only one option, I think right now we’re just waiting on the decision, what they decide to do, so that’s out of my hands,” said the Mexican to media including Motorsport Network, F1, Racefans.net, The Race, AMuS and more.

“I’m just approaching these three races as usual, just focus on the job, keep delivering, and the rest is out of my hands. I’ve been here so many years, I want to keep going, I think I’m at the peak of my career. But I also want to keep going with a reason, with a plan, with a good project. So I think if there’s not a good project that keeps my motivation to give 100%, I’d rather not take it. I’m clear on what I want to do.

“Plan A is to carry on and Plan B will be to stop for a year, see how I feel without racing, see if I really miss it, if I really want to come back or if there’s other series that I’m interested in doing, or if I rather just do something else away from motorsport,” added Perez, before rejecting the proposition that he would occupy himself elsewhere in the racing scene were he to leave F1.

“I think if I don’t have a Formula 1 seat next year I don’t see myself doing anything else. I will take a year to consider what I want to do, whether I really miss it. Most other drivers, they retire and after six months they go mad and they want to do whatever is available. I have to see. I’ve never experienced that my whole life. So I have to see also the life out of the sport, how it is, how it suits me and then see if I miss it or I just want to carry on with that life,” Perez continued.

Perez goes on to say that he can envision himself leading a life separate from F1, but stresses that the decision remains in the hands of others. “I have a lot of interest in other stuff, away from racing,” he said. “Obviously I’m still young, I could see myself later on doing other businesses away from motorsport, not at my 30s, but if that comes early I’m happy to consider that option as well.

“I have my family, I want to see my kids growing, other things you know, I can imagine a life without motorsport. But that’s out of my hands. So I’m just approaching these three races as usual trying to focus on the job, keep delivering and the rest is out of my hands,” summed up Perez.

After it was said that Albon had the Portuguese Grand Prix and that which would take place later at Imola, the London-born Thai driver was given more time to “lay claim” to the Red Bull seat against Perez and Nico Hulkenberg. He now says he has the upcoming three rounds to prove himself worthy after an underwhelming 2020.

He adds that retaining the seat remains his prime objective. “At the end of the day, there’s still three races to show what I got and that’s what I want,” said Albon. “I want to have a good three races ahead of me. The focus is on these three races. There’s not really any other thought to it. Most people have a Plan B but my plan is Plan A and that’s staying in this team. I’m focused on that, that’s my goal.”

Talking about the advances, Albon feels in a better position with the car. “I would say really it’s most probably about confidence in the car.” he said. “Driving the car, being on the limit the whole time and consistent with it. Especially at the start of the year, we definitely had a difficult rear end and that is getting better. And I think in terms of my feeling with the car, that’s also improving. If it can just feel better in that sense, that’s really the main thing.”

Another driver who is set to be replaced within the Red Bull junior programme is AlphaTauri’s Kvyat, who remains unsigned for F1 2021 and is in particular danger with Honda-backed Japanese driver Yuki Tsunoda threatening his position.

The Russian acknowledges he has only a slight chance of keeping his seat, but pledges to nonetheless deliver to the best of his ability, because they “deserve” exactly that from him, he says. “I know, like I said already, many times, that the chances of me being here next year are very slim,” said Kvyat. “It all depends on very particular scenarios so I’m kind of already with my mind just focusing on these three races here and not really thinking about the future.

“I’m just going to give my best to this team in the next few races and then we will see, you know?. They [AlphaTauri] deserve me thinking about these three races and staying focused this year because in the end there’s a lot of ups and downs but lately it’s being going better and better and I’m just hoping to continue this trend, and close this year in the best way possible.

“Whether I know if I’m staying or not I always give my best in every race. I already have for the last few races, and that doesn’t change. I just do my best, work with my engineers, do my best driving that I can and that’s the only thing I can do in the circumstances,” summed up Kvyat.

Outgoing Haas duo Kevin Magnussen and Romain Grosjean are two further examples of seatless F1 drivers in the field. The former of the two has been linked to an IMSA seat with Chip Ganassi Racing’s DPi program, but he insists nothing is shored up. He does, however, suggest that an announcement regarding his 2021 season will be coming “soon”.

The Frenchman, in his own right, has been tied to an American racing series in the form of IndyCar. Here, he could likely find such successes. “I have committed to nothing yet. But whichever project I pick, it has to be where I can score podiums and fight for wins.”

Their place at Haas is speculated to be taken up by Mick Schumacher and Nikita Mazepin. When asked by Guenther Steiner, the Italian did not wish to confirm anything other than saying that they will soon announce their line-up for 2021 F1 season.

The same was put forward to Magnussen and Grosjean as to how Schumacher and Mazepin can handle the Haas F1 car. The duo not wish to confirm that it will be them but stated that whoever steps in, they will find the car easy to drive.

“Firstly I don’t know if that is the case that those guys are stepping in,” said Magnussen. “Whoever is going to step in, I don’t think they’re going to find a very difficult car to drive at least. These cars are very good, and many times I’ve driven the car this is going to be competitive because the feeling has been pretty good but it’s just isn’t and we’re slow because we lack a bit of everything.

“Quite a bit of everything. That’s really what makes us uncompetitive but not because the car is particularly difficult to drive. I think they’ll find it very fast and enjoyable to drive.” At the same time, Grosjean added: “I think generally F1 is difficult for a rookie but as Kev said, it’s a bit understeery so in that aspect, it’s not too hard of a car to drive. I guess it’s always going to be the key to getting the tyres to work and with the 2021 tyres, I don’t know how it’s going to go. It’s going to be faster than what they’re used to.”

Here’s Yuki Tsunoda on his chances