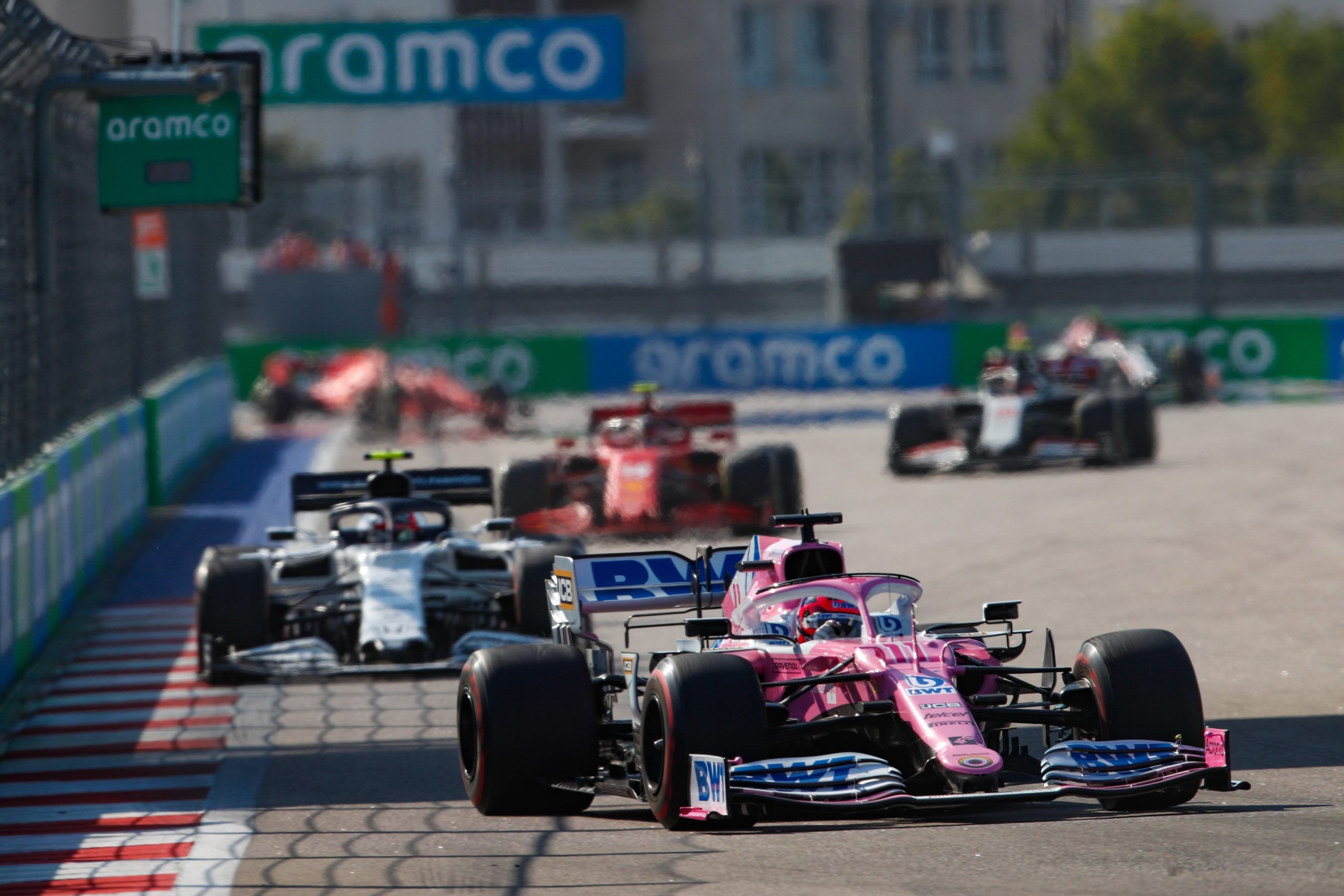 Sergio Perez enjoyed his move on Daniel Ricciardo in F1 Russian GP as he hopes to get full upgrades in upcoming Eifel GP.

Perez had a rather lonely F1 Russian GP at Sochi but one to give him supreme confidence as he finished best of the rest in fourth despite not having the full upgrades from Racing Point apart from the rear suspension, which they had for both the cars.

He qualified well but lost at the race start. However, Perez fought back well to pass Renault, not only on track but also via pit stops, to regain fourth. One of the moves was on Ricciardo, whom the Mexican passed at the Turn 3-Turn 4 curve.

“It was a great race, I think, apart from the race start, everything went really well,” said Perez to TV media. “That side of the grid was really horrible, couldn’t find any grip, as soon as I released the clutch, I went into wheelspin and I lost to the two Renault drivers.

“I am pleased with the race, I think what really made it was the first stint on the soft tyres as we were close to Renault but we were not going to make it. I was then able to pass the Renault on my second stint, even with the overcut.

“On the Ricciardo pass, I thought my front wing was broken and it looked much closer on track then on TV. It was only one shot, so when I had the opportunity, I tried to push him because I saw he was struggling with his tyres and it was important to get him by soon.”

A fourth place finish helped Perez be just one point behind Stroll despite missing the two F1 races, although, the Canadian hasn’t had much good luck either. His crash in Mugello meant the Mexican did not have the upgrades which was meant for both the cars.

Now with another hit for Stroll, it remains to be seen how much damage it suffered, and whether he will need a full change. Perez hopes that he gets the full upgrades in Eifel GP at Nurburging. “The upgrades is a step forward [despite lack of showing],” he said.

“Obviously the team is doing a great job. Hopefully, next race, I can get the upgrades on my car and I can close gap to the front drivers. This is the maximum we can do, if we find half a second then we can be in the mix for podiums,” summed up Perez.

Here’s Lance Stroll on no penalty for Charles Leclerc