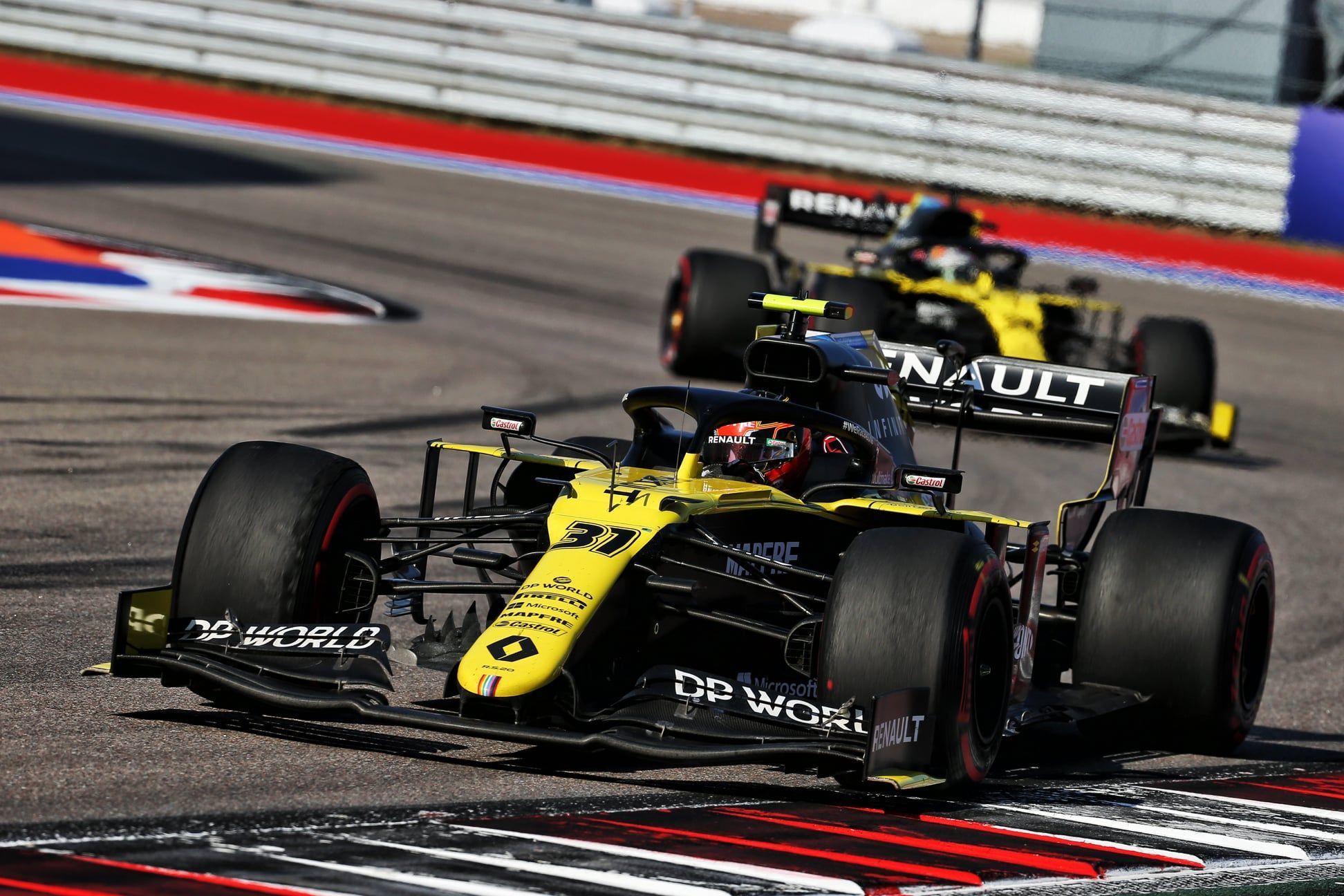 Daniel Ricciardo explained his slip at Turn 2 which fired him up in F1 Russian GP as Esteban Ocon feels hard tyres ruined his charge.

It was a great start from the Renault drivers in F1 Russian GP as they ran fourth and fifth respectively, with Ocon ahead of Ricciardo in the opening stages. It stayed like that but Racing Point’s Sergio Perez got the better of both to have track position.

With different strategies in display, Ferrari soon became a threat to them, especially Charles Leclerc, who went deep in the grand prix. In fact, Renault had to use team orders to get both cars ahead of the Monegasque but eventually, they could mange only with one.

Leclerc was aided by Sebastian Vettel, who held both Ocon and Ricciardo behind for long. While the Australian managed to get by the German after team orders, the Frenchman lost out to the Monegasque as the hard compound didn’t provide him with enough grip.

For Ricciardo, there was another trouble of re-joining the track against the Race Director’s note at Turn 2, when he passed Ocon under team orders. The Australian made a mistake and just went over as he instantly understood that he is likely to be penalised.

There was nothing more he could do, other than, create a gap huge enough between him and Leclerc. “I just locked-up,” said Ricciardo to TV media. “It was pretty simple from my side, as soon as I hit the brake, I kinda knew. My engineer said I have the penalty, I took the blame and I said I’ll drive faster.

“It is one of those corners, where from the outside, it is easy, just quickly cut through but I was hanging on to the very end. To be honest, also in the car, you don’t see exactly, the kerb and the end of it, the visibility is not perfect. I knew I was likely over but I thought I’ll try and hang on to it.

“Obviously, I didn’t as it forced me to push harder in the end, so made a race for myself. I am happy with the outcome, there was moments in the race where I was certainly upset with myself as there were few errors from my part but I think I didn’t let that get to me which was important.

“I knew I made some mistakes but I felt, I quickly snapped out of it and recovered well, so I’ll admit, I wasn’t perfect but overall I am happy with the result, the team did a great, reliability is good,” summed up Ricciardo.

While the Australian had it covered for himself despite losing to Ocon early on, the Frenchman suffered as soon as he switched to the hard tyres. He couldn’t overtake Vettel and then lost out to Leclerc as well. Towards the end, he defended hard from AlphaTauri’s Daniil Kvyat, who was all over on his tail until the finish line.

“It was a good and bad day for me,” started Ocon. “I think it was a great team result. I had a good start and a good first stint, where I had good pace on the softs. But as soon as we put the hard tyres, we lost the grip and balance in the car. I lost confidence with it.

“It just went backwards from there, so there was potentially bit more points left on the table there. But we know the car is quick which bodes well for future races. We’re going in the right direction; we’re catching the guys in front.”