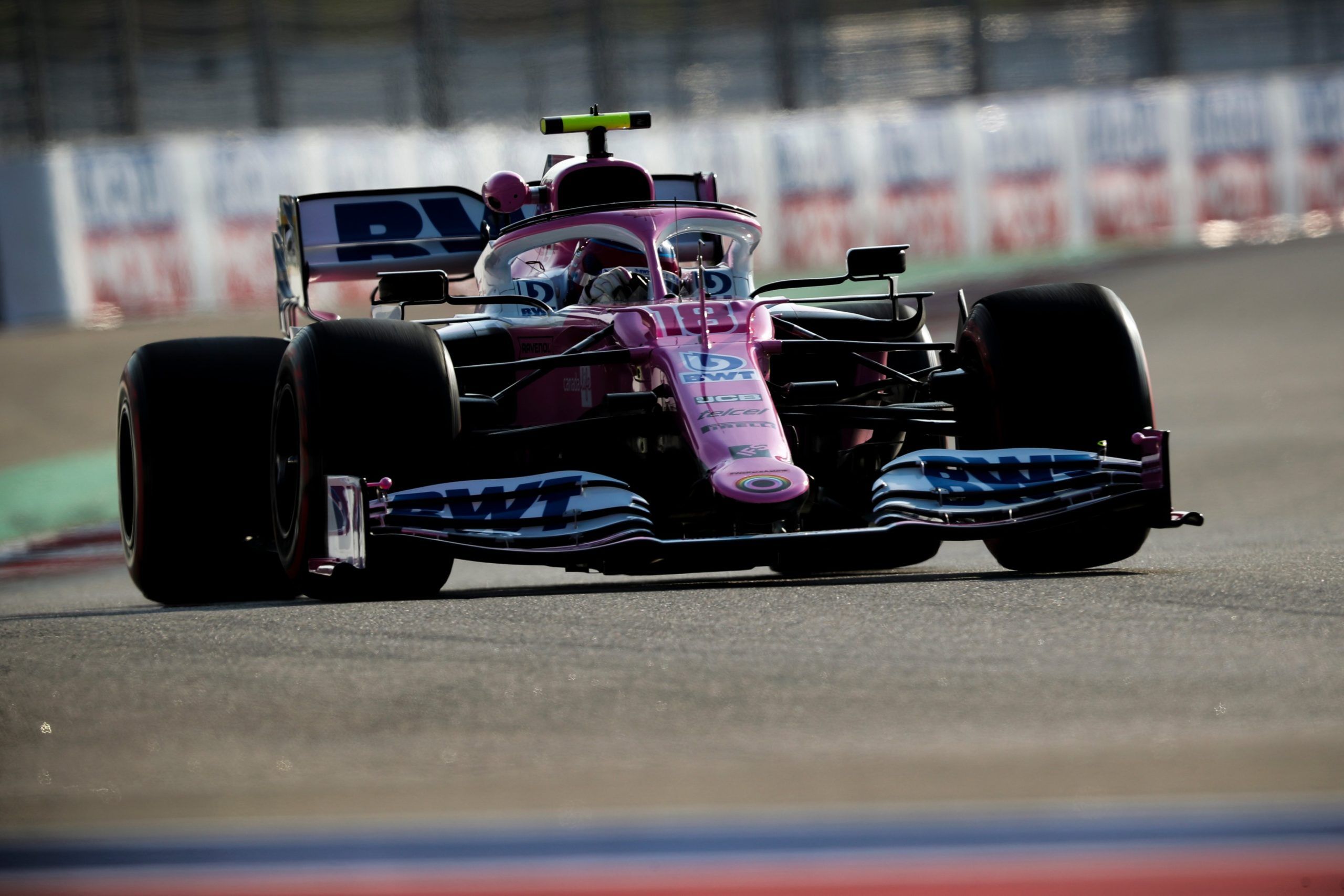 Racing Point’s Lance Stroll was left frustrated after his F1 Russian GP ended in few corners after a hit from Ferrari’s Charles Leclerc.

To the dismay of Stroll, and his team Racing Point, the Canadian’s F1 Russian GP at Sochi met what was almost an immediate end, as he hit the inside barrier lining the exit of turn five of the circuit on which the Grand Prix was run.

Stroll pirouetted across the track and into the barrier, and what looked like a spin from the Racing Point driver was soon learned from the replays to have been the direct result of contact between himself and Ferrari’s Leclerc.

Onboard footage revealed that Leclerc, on the inside of Stroll throughout the turn, clipped the right rear tyre of the 21-year-old’s upgraded RP20, sending him into the wall. For the damage caused by collision, the former was not penalised – a fact that doesn’t sit well with the latter.

“I made a great start to the race and I was up to P7 by the time of the collision,” said Stroll to TV media. “Having had the free choice of tyres, by starting outside of the top 10, we were in a really good place to execute a strong race and score plenty of points.

“Sadly, it wasn’t to be because my right-rear tyre got hit by Leclerc on the opening lap. I’m quite surprised he didn’t get a penalty. I gave him plenty of room, I did the whole corner on the outside. He just tagged my right rear. I gave him all the room I could, and it was unlucky but he could have avoided it.

“He didn’t have to run so wide into me. It’s kind of ridiculous he didn’t get a penalty.” Stroll was understandably left dissatisfied by the entirety of the ordeal, especially because of the race pace displayed at various points in the weekend.

It was the second grand prix that Stroll failed to finish as teammate Sergio Perez is only one point behind the Canadian. He was supported by most fans post-race as they compared the incident with that of Lewis Hamilton and Alexander Albon.

It was similar, even frame-by-frame, but that happened upon safety car re-start, while the Stroll-Leclerc took place on grand prix start, where the stewards are slightly lenient towards the F1 drivers for collisions – like no one was penalised in Mugello crash.