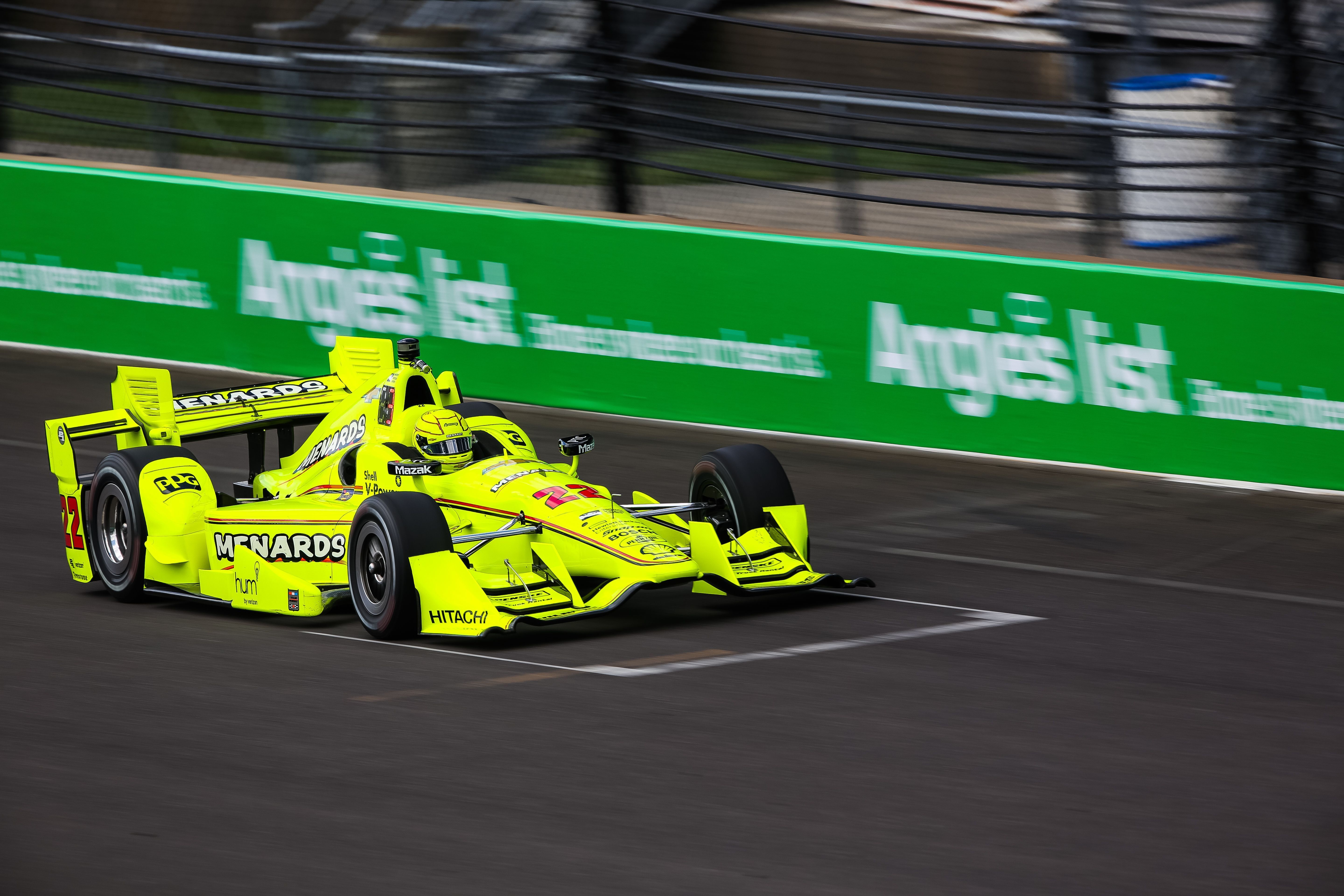 Simon Pagenaud of Team Penske claimed the pole position for the Angie’s List Grand Prix of Indianapolis. While the championship-leading Frenchman celebrated, many big names struggled, including his Penske teammates.

Jack Hawksworth was surprisingly quickest in the first group of the qualifying Round 1, followed by Scott Dixon 0.04 seconds behind. The biggest upset of the first group was Helio Castroneves not advancing, even though he had struggled already in the morning’s practice session where he was only 18th. The Brazilian was eighth in his qualifying group and thus will start the race from eighth row.

While Montoya and Castroneves struggled in the first group, the two other Team Penske drivers performed a lot better in the second group. Will Power led Simon Pagenaud by 0.08 seconds for a Penske 1-2 in the second group. Josef Newgarden in third place was already over 0.3 seconds behind Power.

Juan Pablo Montoya was given a five-minute penalty for the second qualifying round as he had ignored the checkered flag in the first round. The Colombian wasn’t able to advance from the second round as he was only eighth.

Montoya wasn’t the only big name getting eliminated in the second round. The defending series champion Scott Dixon was ninth and the defending race winner Will Power the slowest in 12thplace, despite having been the quickest in the first round.

While many big names struggled, the championship leader Simon Pagenaud set the quickest lap in the second round by almost 0.2 seconds to Graham Rahal. They were followed by James Hinchcliffe, Charlie Kimball, Jack Hawksworth, and Josef Newgarden to make up the Firestone Fast Six, meaning three cars from both Chevrolet and Honda in the final round.

Pagenaud remained quickest also in the final round, setting the new qualifying lap record at one minute, 8.6868 seconds. The Frenchman claimed his second consecutive Verizon P1 Award by almost 0.3 seconds to Charlie Kimball. Behind the two Chevy drivers will start two Honda drivers; Graham Rahal was third and James Hinchcliffe was fourth. Josef Newgarden was fifth and Jack Hawksworth sixth. Hawksworth’s performance was surprising considering that at best this weekend he had been 12th in Friday morning’s practice.