Home F1 ‘Out of line’: F1 drivers speak out against Corberi karting incident 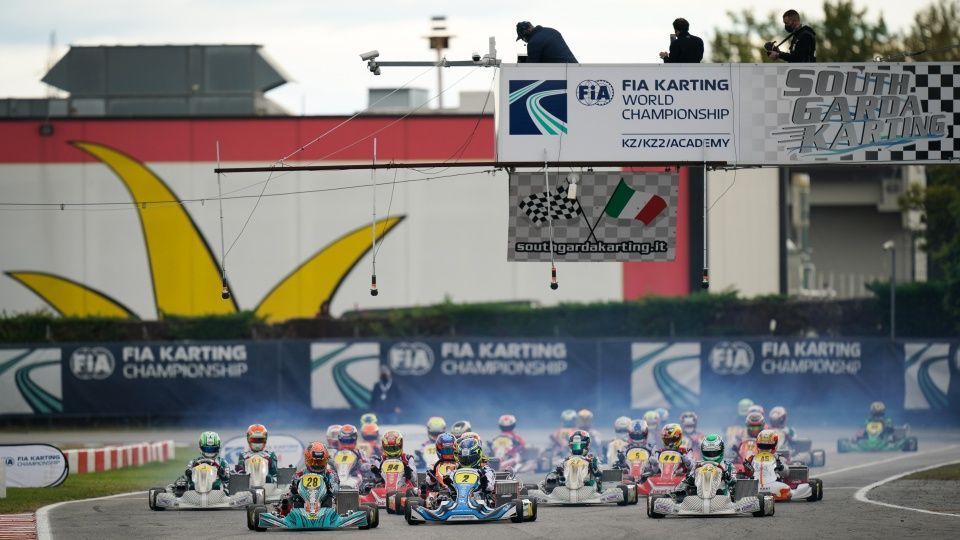 The three F1 drivers who competed with Luca Corberi were surprised by the actions of the Italian karter as they felt it was something unacceptable from him.

It only took one egregious act to turn an entire community against Corberi, the kart racer who made headlines after throwing his KZ-class kart’s front bumper onto the track. His weighty bumper went into the paths of his rivals, as he targeted one who had been a source of frustration for him in laps prior in FIA World Karting Championship finale.

Corberi later pursued this aforementioned driver in the parc ferme where his father Marco – owner of Lonato track, joined in. These two actions resulted in immediate backlash from the racing community, and though he subsequently apologised, many remain disgusted by his behavior.

Among those many are numerous F1 drivers, some of whom raced against the 23-year-old Italian prior to their respective open-wheel racing careers. Max Verstappen, George Russell and Lance Stroll are all some of those who have raced against him previously. “I guess it’s very clear that that’s not what you want to happen,” said the Dutchman to media including Racefans.net, Motorsport Network, BBC, Reuters and more in press conference.

“It was also pretty unsafe. I mean, arguments happen in sport, I guess that’s normal, but try to keep it by just having conversations. But I think everybody saw that it was unacceptable. He said that himself I think, and that he stopped racing. Let’s see what’s going to happen,” he added, referencing a pledge from Corberi to never race again, even after years of involvement in the motorsports scene.

“And obviously following up what happened in the pits was unacceptable in any walk of life ultimately. Motorsport is incredibly passionate and there’s no excuse for anybody to react in that manner, so I trust the FIA are going to impose the correct penalties.”

The third active F1 driver that went toe-to-toe with Corberi at one point in his career, Stroll was equally appalled, as the Canadian stated plainly that such behavior is not to be tolerated. “I think he was completely out of line,” he began, his opinion ironically ‘in line’ with those of his fellow drivers.

“Behaviour like that can’t be tolerated in our sport. That shows a bad example to the young generation. We fight so hard on track, there’s just no need for violence off the track. That’s how I see it. I believe the FIA is going to handle it, as they should, and something like that needs to be heavily addressed. There needs to be a severe penalty for his actions.

Teammate Sergio Perez added: “Just out of line. He put his life at risk his colleagues life at risk. There should be a sanction.” Like him, Red Bull’s Alexander Albon, who did not race with Corberi, but he, as well, felt it was not a good behaviour and something that he had never seen in karting before.

Following ACI Sport’s request to suspend the license of Corberi family and also the track the Federal Prosecutor adhered to the request and suspended it for till the time of the investigation period, which is ongoing with FIA involved too.

“Following the events that occurred in Lonato on 4 October last during the race valid for the World Championship in the KZ category, the Sports Judge, accepting the request of the Sports Attorney, decided to suspend all licenses as a precautionary measure attributable to Luca Corberi, Marco Corberi and those of the Kartodromo of which the latter is the Chief Executive Officer. The provision of immediate application will be valid for the entire period of the investigation,” said the ACI Sport statement.

Here’s what ACI Sport wants to happen with them

Here’s all what happened during the event