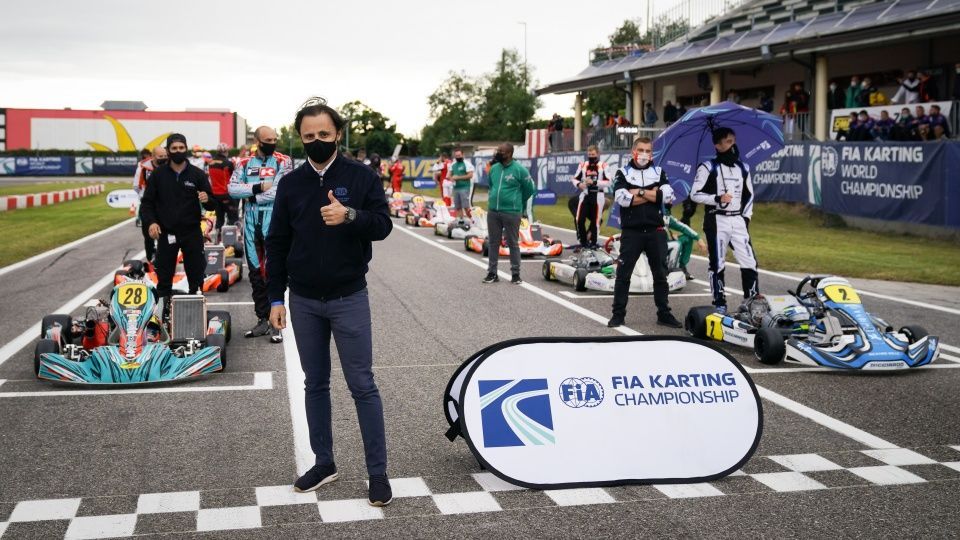 The FIA has released a statement regarding the World Karting Championship’s incident at Lonato which gathered strong reactions from motor racing community.

Nearly 24 hours since the incident, the FIA has released a brief statement of initiating investigation into the World Karting Championship’s clash at Lonato between karters Luca Corberi and Paolo Ippolito during and after the lead KZ category event.

On a day when Jeremy Iglesias became the first French winner in KZ – where even the likes of Antonio Fuoco and Petr Ptacek were competing – to take the 2020 Karting World Championship title, his win was overshadowed by an ugly incident between Corberi and Ippolito, which took place on and off the track.

The on-track incident took place between Lap 8-10 when 23-year-old Corberi was pushed off track at the tricky Turn 1 corner while the Italian was fighting for a Top 10 position. The actual collision wasn’t recorded as it only showed his kart into the barrier.

Moments later, he pulled the front fairing from his kart and waited for Ippolito to pass when he threw it onto him. Corberi wandered off into the parc ferme, when he had to be positioned inside the track and wait for the officials to take him and his kart.

Post-race, Corberi and his family charged against Ippolito and his family, as Iglesias celebrated his victory. Even the people from Tony Kart (from Corberi side) and CRG (from Ippolito) were involved as a huge scene was created then.

The social media was lit by then as the likes of Giedo van der Garde, Jenson Button, Zak Brown, Timo Bernhard and all voiced anger against the incident as they urged for bigger sanctions, especially from Felipe Massa, who is the FIA Karting President.

While ACI Sport released a statement earlier in the day, the FIA only did now. Both Ippolito and Corberi were disqualified, where the former was for the on-track incident and the latter for his conduct. “A bad and absolutely serious story,” read the statement from ACI Sport.

“An episode, perhaps unique, witnessed among other things by images that are going around the world, also because it took place during the world championship round of the KZ and KZ2 series scheduled on the South Garda track in Lonato in the province of Brescia.

“The Federation absolutely condemns what happened during and after the race and which saw two drivers, Paolo Ippolito and Luca Corberi, as protagonists. The Federation reserves every possible initiative against those who have become the protagonists of such a serious event to protect the image of this specialty and all the young drivers who are protagonists.”

Meanwhile the FIA said: “The FIA and ACI are deeply concerned by the disturbing events that occurred yesterday during the FIA Karting KZ World Championship in Lonato, Italy involving drivers, team members and track officials. The FIA has launched an immediate investigation in to the incidents.”

Having been silent since the incident took place, Massa finally posted his view on Instagram: “This behaviour is unacceptable in our sport. Those individuals will face the consequences of their action.”

Here’s the full livestream of the event which includes the incident towards the end in the last race: https://www.youtube.com/watch?v=1hVaDbXkQ2g&t=20824s 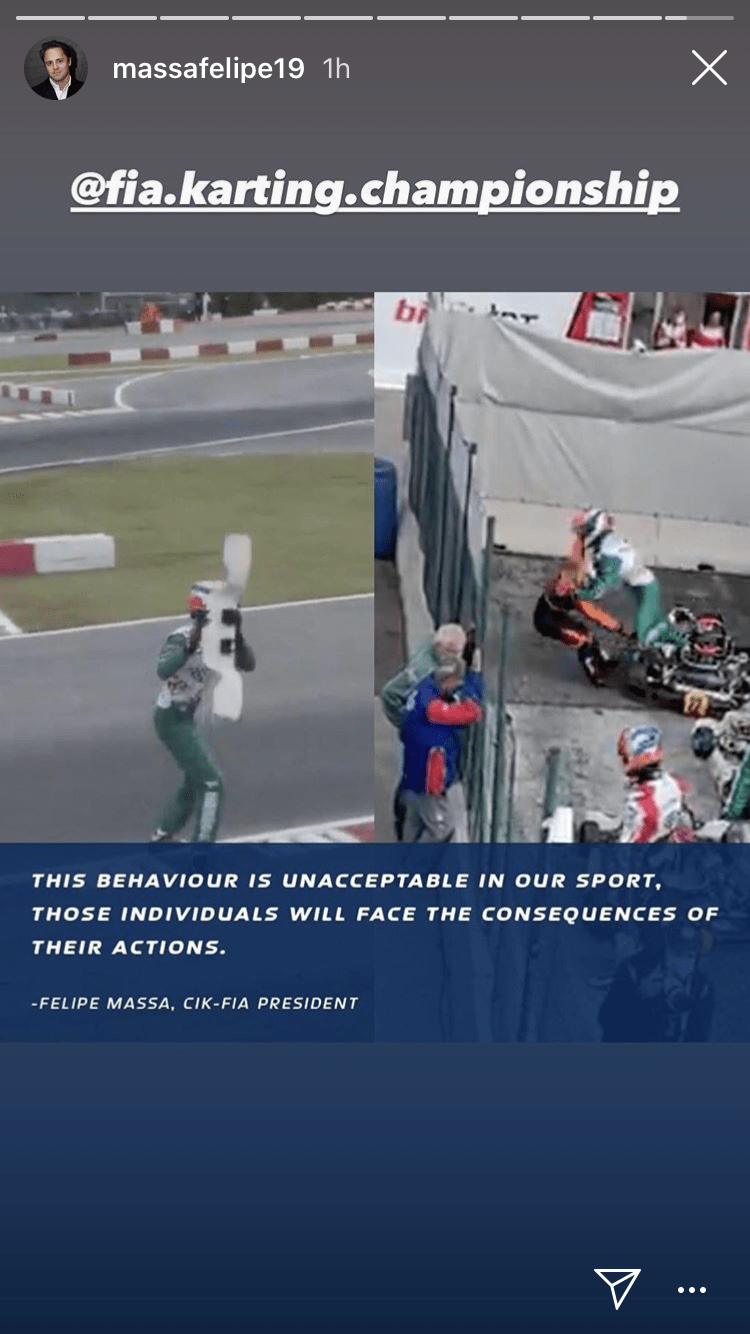 Luca Corberi has just destroyed any chance he had at a racing career after his disgusting behaviour today at the FIA Karting World champs. His father owns the circuit and is seen power driving the guy into a wall, Life ban for both of these idiots please https://t.co/uzWD1cDJ9w

I always teach the kids I manage that respect should always be in mind when racing. I’ve been swearing a lot in my car, with my helmet on, but you always should keep your calmness. This is an example of how not to be a driver. Truly unacceptable, should be banned very long. pic.twitter.com/fFQgYtXJSy

UPDATE: Following the whole incident, Corberi released a statement talking about the incident and moving away from racing forever – the Italian racer deleted the post from Facebook after it went viral.

“I’d like to apologize to the motorsport comunity for what I’ve done,” wrote Corberi. “There are no excuses to explain why I’ve done such a disgraceful act, this has been something I’ve never done in my 15 years of career, and I really hope it won’t be seen by anybody else in the future.

“After the race, once I’ve been called by the sporting judges, I’ve asked them to take my licence away because I was fully conscius about my irreparable mistakes, but as they showed me, they don’t have the power for doing it, it’s written in the international rules, so please, don’t be against them, they were just doing their work in the best way they could.

“For this reason I’ve decided to don’t take part to any other motorsport competition for the rest of my life, that’s not a self justice, it’s simply the right thing to do. My family has been in karting since 1985, we’ve seen it grow, we’ve seen the best and the worst part of it. This episode will be remember as one of the worst in our sport and that’s something I’ll never forget.

“I’m not asking any indulgence, because I don’t deserve it. I will totally agree with the punishments required. I’m writing today to say sorry even if it’s not enough, because after all the bad things that happened during this event, the worst ever has been done by me, a guy who love this sport and after the worst day of his life will still rememeber his good racing memories. Thank you.”