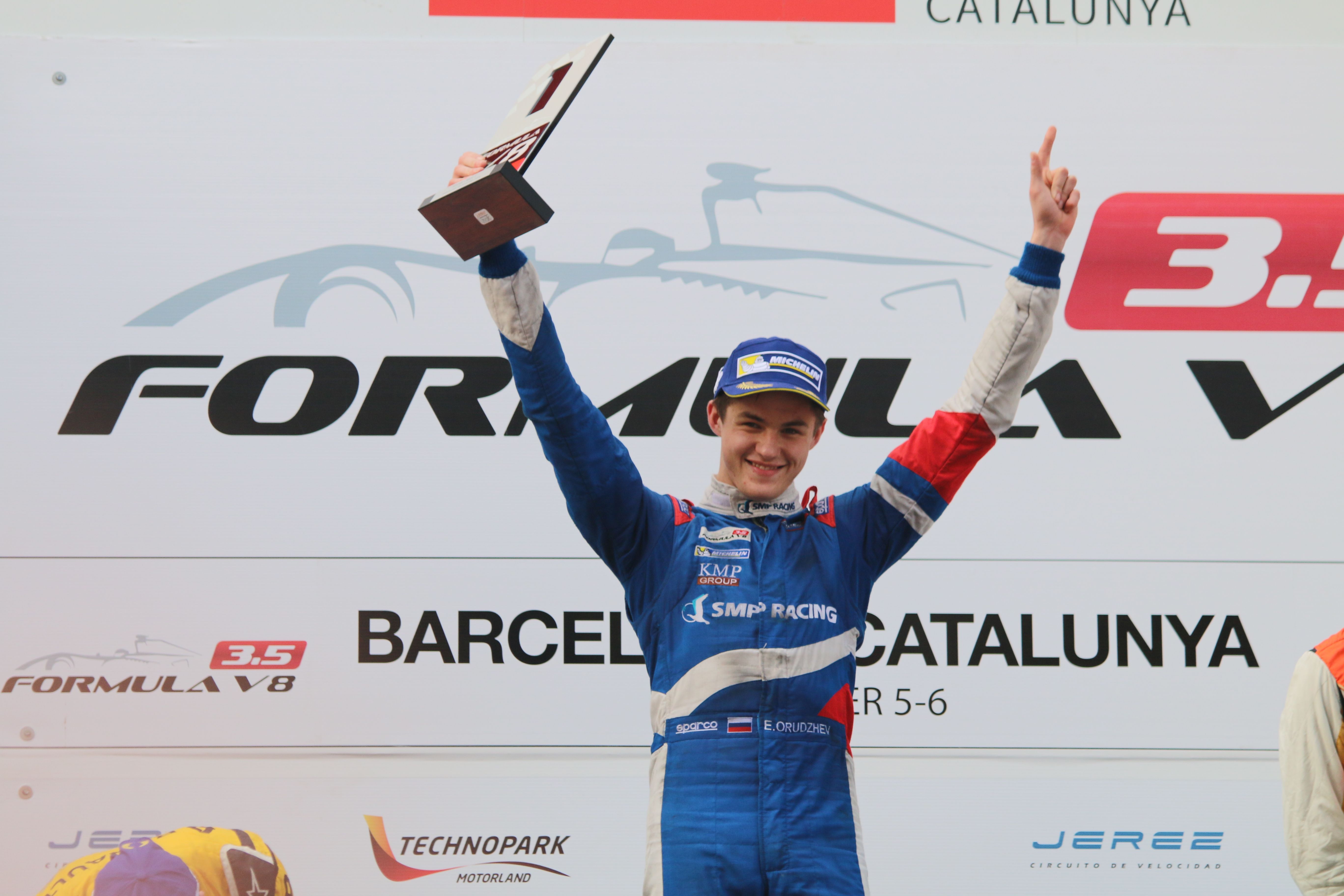 Despite rain expectations, the race was on dry conditions. At the start the drivers had to do an extra formation lap because of Jack Aitken (RP Motorsport) who stole his car in the grid.

With 7 title contenders at the beginning of the race, most of the grid had to fight hard today in a track where overtake is difficult. An astonishing start from Egor Orudzhev (Arden Motorsport) who took the lead of the race at turn 1 after start from fifth spot.

Dillmann was second at turn one ahead of Matthieu Vaxivière, Louis Delétraz and Aurélien Panis. Meanwhile, Alfonso Celis (AVF) retired from the race, and later on, Rene Binder (Lotus) had to abandon as well.

Immediately Orudzhev escaped from the others, while Vaxiviere (SMP Racing) in third position, started to lose the pace. The Occitan driver had to stop and now is out of title contention.

This helped to the championship leader, Louis Delétraz (Fortec Motorsport) to battle with Dillmann (AVF) for second position. The Renault Academy driver, when the opportunity arrived, overtook Dillmann for a final second position.

Now the battle is between Louis Delétraz and Tom Dillmann, the gap is only 6 points between them. Orudzhev is up to third place in the standings and probably his high pace will affect the championship decider.