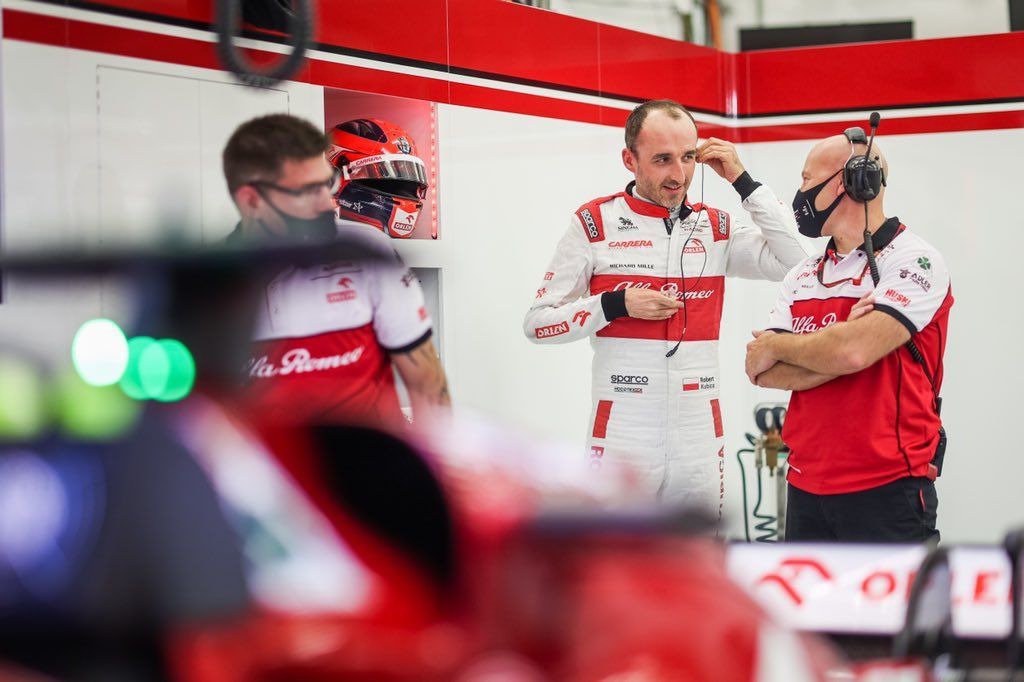 PKN ORLEN confirmed its stay with Alfa Romeo in F1 2021 with Robert Kubica likely too as more news from Jenson Button, Conor Daly and Toyota WRC.

As expected, PKN ORLEN has announced an extension of its contract with Alfa Romeo for another F1 season in 2021. The company has also confirmed that Kubica will remain as the test and reserve driver, even though the team is yet to formally announce it.

In addition to its title sponsor role, PKN ORLEN will also partner with Sauber Motorsport academy, especially its Karting team. “Our investment in the partnership with Alfa Romeo Racing ORLEN is bringing tangible benefits, with over PLN 400m in advertising value equivalent received in 2020 alone, three times the figure reported for the previous season.

“This best demonstrates the sport has strong growth potential from the sponsor’s perspective. We are aptly exploiting this potential in Poland, where our partnership with ARRO and Robert Kubica is helping us to drive retail sales, including non-fuel sales. In the third quarter alone, our retail business delivered a record operating profit of PLN 1bn.

“Being the title sponsor of the Alfa Romeo Racing team helps to build the awareness and prestige of the ORLEN brand around the world, which in turn facilitates implementation of our business ambitions and competition with global players,” saidDaniel Obajtek, President of the PKN ORLEN Management Board.

At the same time, Kubica – who completed six FP1 sessions and also tested in Abu Dhabi – added: “My job is my passion, and I feel lucky that my partnership with PKN ORLEN is helping me to pursue this passion.

“My role on Alfa Romeo Racing ORLEN is to be in the paddock, of course. The opportunity to drive a Formula One car is something truly special, and the adrenaline rush I get every time I’m behind the wheel can’t be compared with any other series.”

Button’s Jenson Team Rocket RJN – an outfit formed alongwith Chris Buncombe and team principal Bob Neville – have confirmed their intentions to enter the new DTM series in 2021 with a McLaren 720S GT3. The driver of the car is yet to be confirmed.

“I’ve always loved DTM and it’s exciting to see the Series evolve into this new chapter with GT3,” said Button. “I’ve known Gerhard (Berger) for a long time and I’m sure he will ensure they put on a great show! We are all working behind the scenes to make this DTM plan come together and I’m pleased to be able to expand our plans with McLaren.”

Meanwhile, Buncombe added: “When we set out on this journey as a team, it has always been our ambition to evolve and grow, competing in a number of different Championships whilst working closely with a manufacturer. When this DTM opportunity was presented to us it felt like a great fit and I look forward to seeing how everything develops with the plans around this project.”

Having raced with Ed Carpenter Racing in 2020, Daly will continue his relation with them in 2021, where he will drive the #20 Chevrolet in road and street courses. The partnership with U.S Air Force also continues as the American will compete in Indy500 again.

“It feels incredible to have another year together with the U.S. Air Force and Ed Carpenter Racing,” said Daly. “Continuity has always been helpful for me in my career; the fact that we are able to hit the ground running in 2021 already having experience together gives me a lot of confidence. Every day we learn more and develop a stronger relationship.

“This would not be possible without the support of the U.S. Air Force, who have been an incredibly supportive and loyal partner. I want nothing more than to win races and compete for the entrant championship for the Airmen, the guys at ECR and my boss Ed, who has become a true friend of mine. I can’t wait to get back to work.”

Team boss Ed added: “It is a very exciting day to be able to announce the return of both the U.S. Air Force and Conor to Ed Carpenter Racing! We are looking forward to the 2021 NTT INDYCAR SERIES, having the same driver lineup to continue our progression back to a race-winning and championship-contending organization. We are very grateful for the support of U.S. Air Force and honored to represent everything that they stand for. We’re thankful for the opportunity to inspire and engage the next generation of men and women who join the U.S. Air Force!”

In another driver-to-team principal news after Jerome D’Ambrosio’s decision to join Venturi Formula E team, Toyota announced Latvala as its team principal from the 2021 WRC season. He will replace Tommi Makinen, who takes up an advisory role.

Having missed on a WRC drive in 2019 where Toyota fielded Sebastien Ogier, Elfyn Evans and Kalle Rovanpera, Latvala stayed with the Japanese manufacturer as its ambassador. The trio will continue to race in 2021 with the Finn commanding the team.

“I am really honoured to be taking on this position with the team, and by the trust that Akio Toyoda has shown in me,” said Latvala. “I’m really excited to continue the work he started together with Tommi, having been a part of this team from the beginning as a driver. Now, as Team Principal, I have to see the bigger picture: I have to motivate everybody in the team to work together to achieve the best results.

“It’s a new challenge and I’m up for it. Tommi has done a fantastic job with the team, building it up from zero and bringing the success that he has. Of course, there is always room for improvement and I want to use what I have learned over the years as a driver and work together with the team directors to make this team as successful as possible.

“The 2021 season is just around the corner but the entire package is already there within the team, with a proven car and the same strong driver line-up, and everybody knows what needs to be done to prepare for Rallye Monte-Carlo in January.”