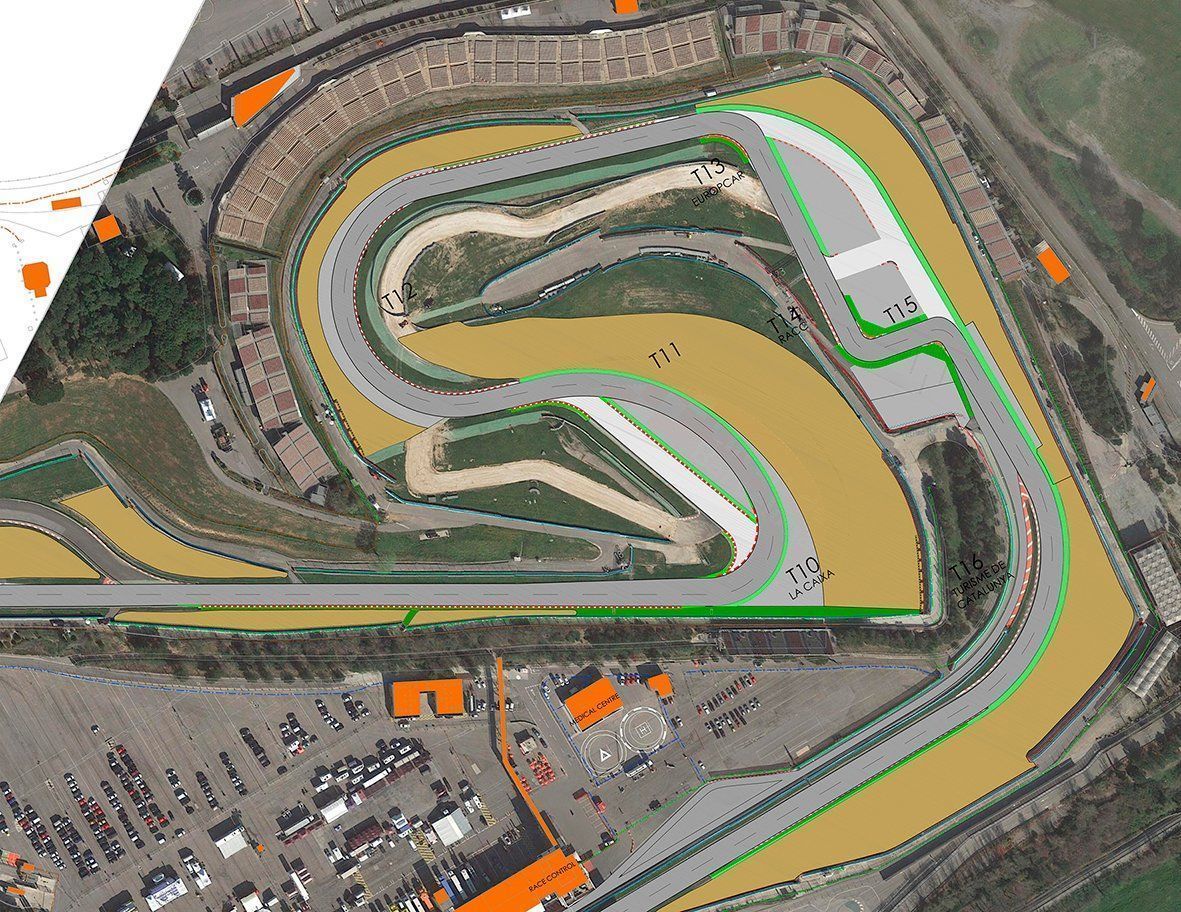 The Frenchman held second, with Racing Point’s Daniele Haddad ending up third. In the subsequent race in Mexico, meanwhile, Rasmussen started on pole again, before being bested by Alfa Romeo’s Jarno Opmeer and Mercedes’ Brendon Leigh.

Rasmussen eventually came P3 in the virtual F1 season’s penultimate round, after incurring some damage and succumbing to attacks from Opmeer and Leigh, the latter of whom passed both Red Bulls late in the race – his first of a troubled 2020 season.

The third race and the final of the 2020 F1 ESports season, was one held at Interlagos, with Longuet on pole from Red Bull’s Marcel Keifer, and the stage set for a tight championship conclusion, to decide both the titles.

Longuet and Keifer finished in the same order as they had started, with Alfa Romeo’s Daniel Bereznay third. In seventh, meanwhile, Bereznay’s teammate Opmeer did enough to secure himself the title in what would become the story of the race.

Opmeer took his maiden F1 ESports drivers’ title with 196 points as Rasmussen and Keifer were second and third, repectively. The duo, though, helped Red Bull clinch the teams’ title with 331 points to Alfa Romeo’s 295 and Renault’s 136. 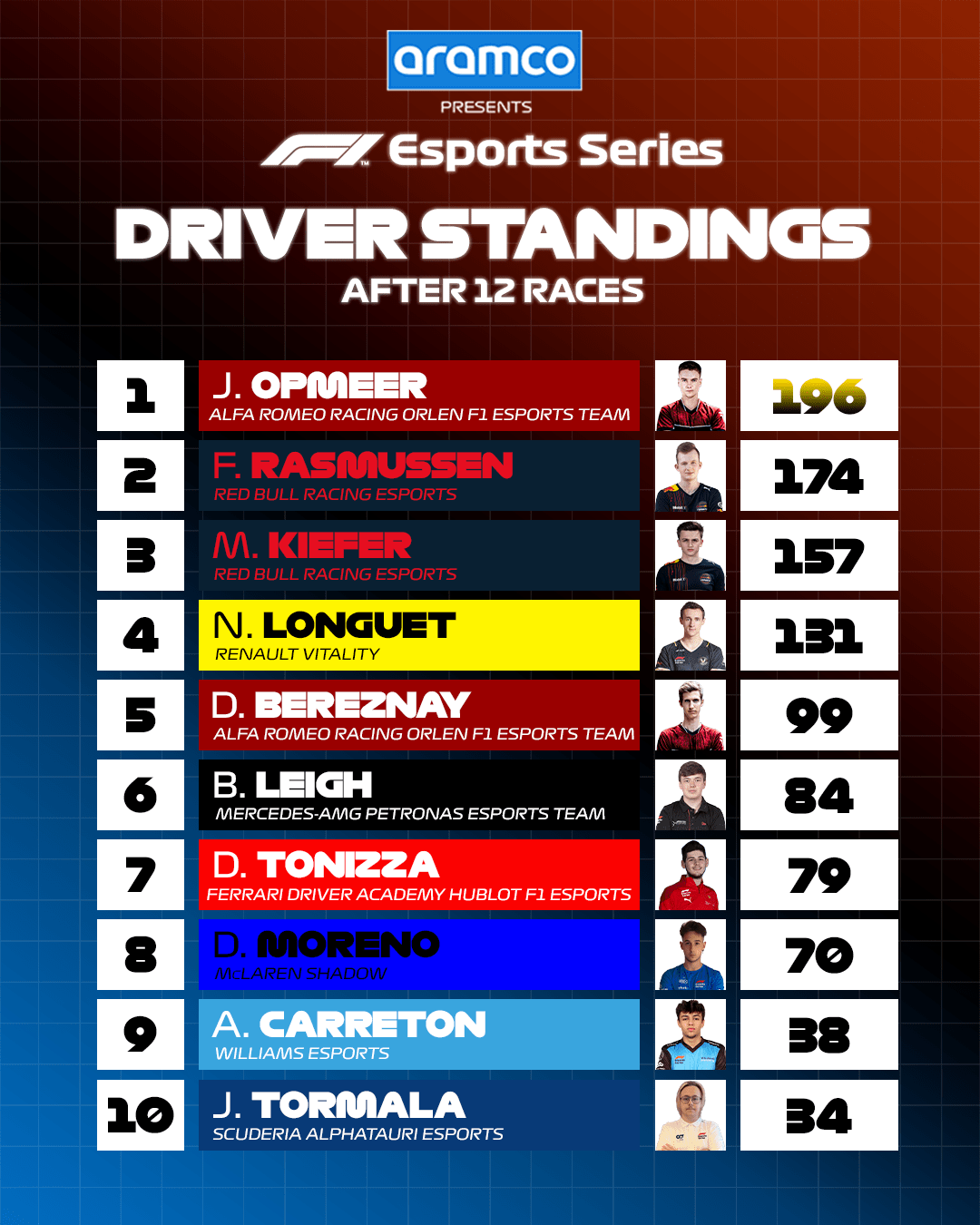 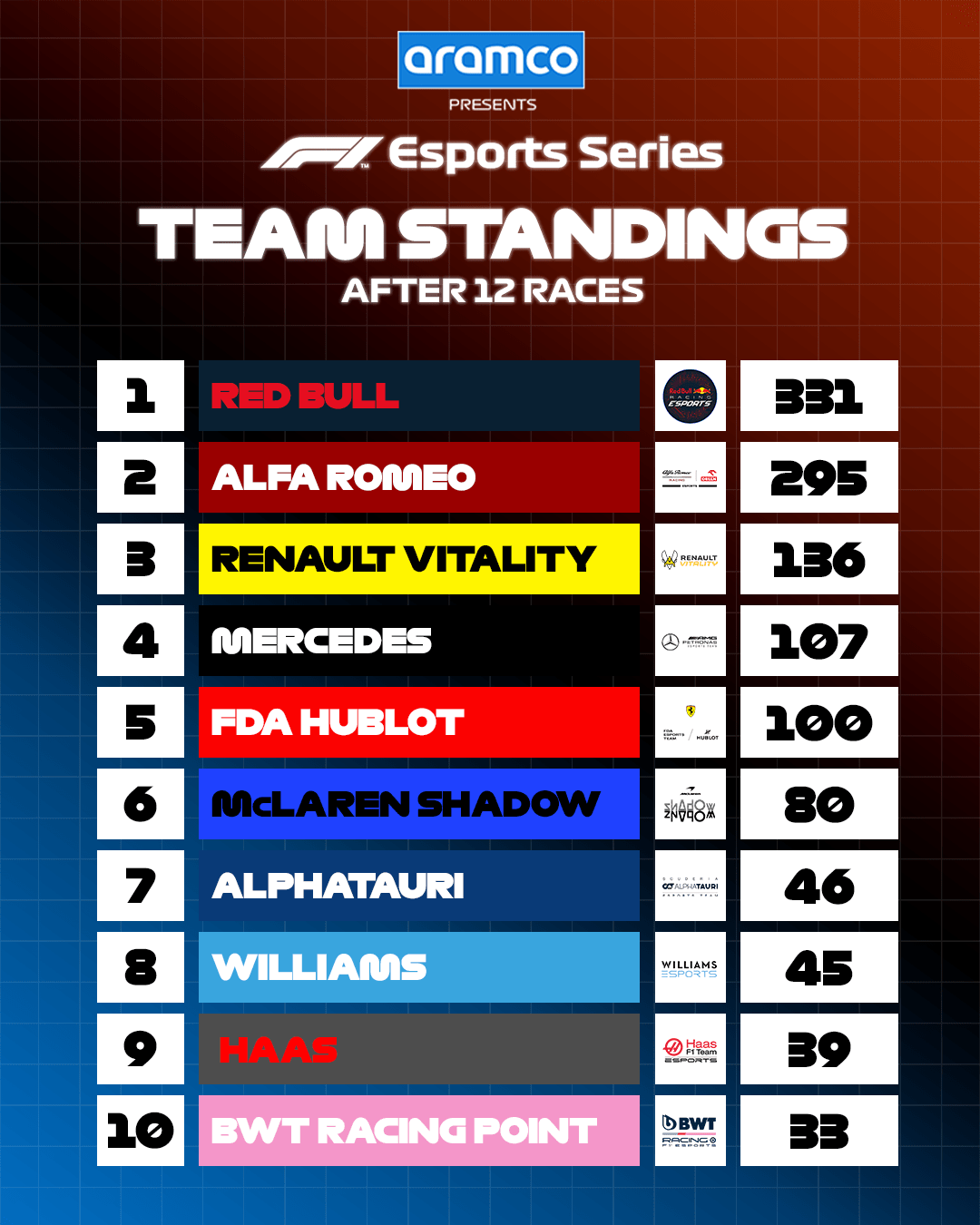 Here’s how penultimate F1 ESports round panned out

Barcelona to work at Turn 10:

The 2021 season will see changes at Turn 10 of Circuit de Catalunya-Barcelona after the circuit owners agreed to a change in collaboration with the FIA and the FIM, for safety reasons for F1 and MotoGP races. The work on the same will begin in January.

F1 traditionally uses inner variant of Turn 10 and 11, which MotoGP started using in recent times. It will be same from 2021 onward but there will be a new and unique variant for Turn 10 which will be located between the two current layouts.

This change will allow for an extension of the run-off area at the turn, thus increasing the safety distance, and it will also lead to a return to the origins of the layout. The circuit hopes that this will help with the safety during the races.