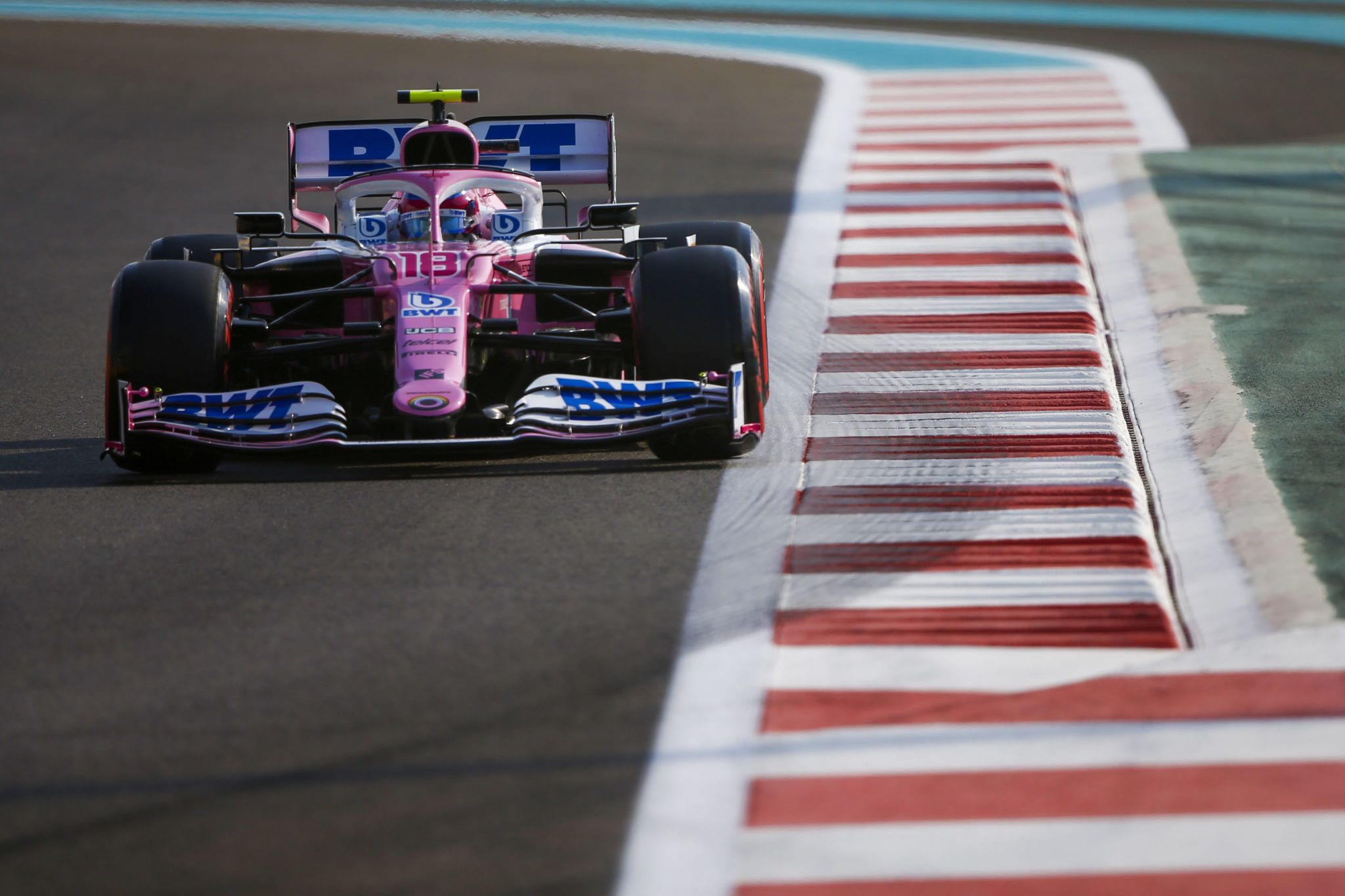 The FIA has released the provisional entry list for the 2021 F1 season with driver changes along with team ones.

The couple of big changes from the team side as per the 2021 provisional F1 entry list released by the FIA, are the names for Racing Point and Renault, which changes to Aston Martin and Alpine, even though the ‘company name’ remains the same as it is now.

The former’s company name is registered as Racing Point UK Limited – like it is now – whereas the team name will become ‘Aston Martin BWT F1 Team’, which suggests that BWT will retain its title sponsorship even beyond the 2020 season.

Meanwhile, for the latter’s company name, it remains as Renault Sport Racing Limited, with the team name changing to ‘Alpine F1 Team’. On the chassis name side, Renault moves from R.S.20 to Alpine, while Racing Point moves from the team’s name to Aston Martin.

The only other change is at Red Bull, where the name Aston Martin is dropped, with the F1 team adopting just ‘Red Bull Racing’ for now. Also, Alfa Romeo seemingly retains the ORLEN partnership, with the company’s name still on the team name.

As known, the FIA entry list also firms up the McLaren’s engine change to Mercedes. On the driver side, both Red Bull and AlphaTauri has a TBA against it second driver name, with only Max Verstappen and Pierre Gasly confirmed so far, as already known.

Interestingly, Mercedes doesn’t have a TBA in place of Lewis Hamilton, even though, a formal announcement is yet to be made regarding the British F1 driver for 2021. The returning Fernando Alonso is named as expected with the #14 against his name.

Likewise, Sebastian Vettel (#5) features at Aston Martin, Daniel Ricciardo (#3) at McLaren and Carlos Sainz (#55) at Ferrari, whereas Mick Schumacher (#47) and Nikita Mazepin (#9) are named at Haas with their brand new race numbers. 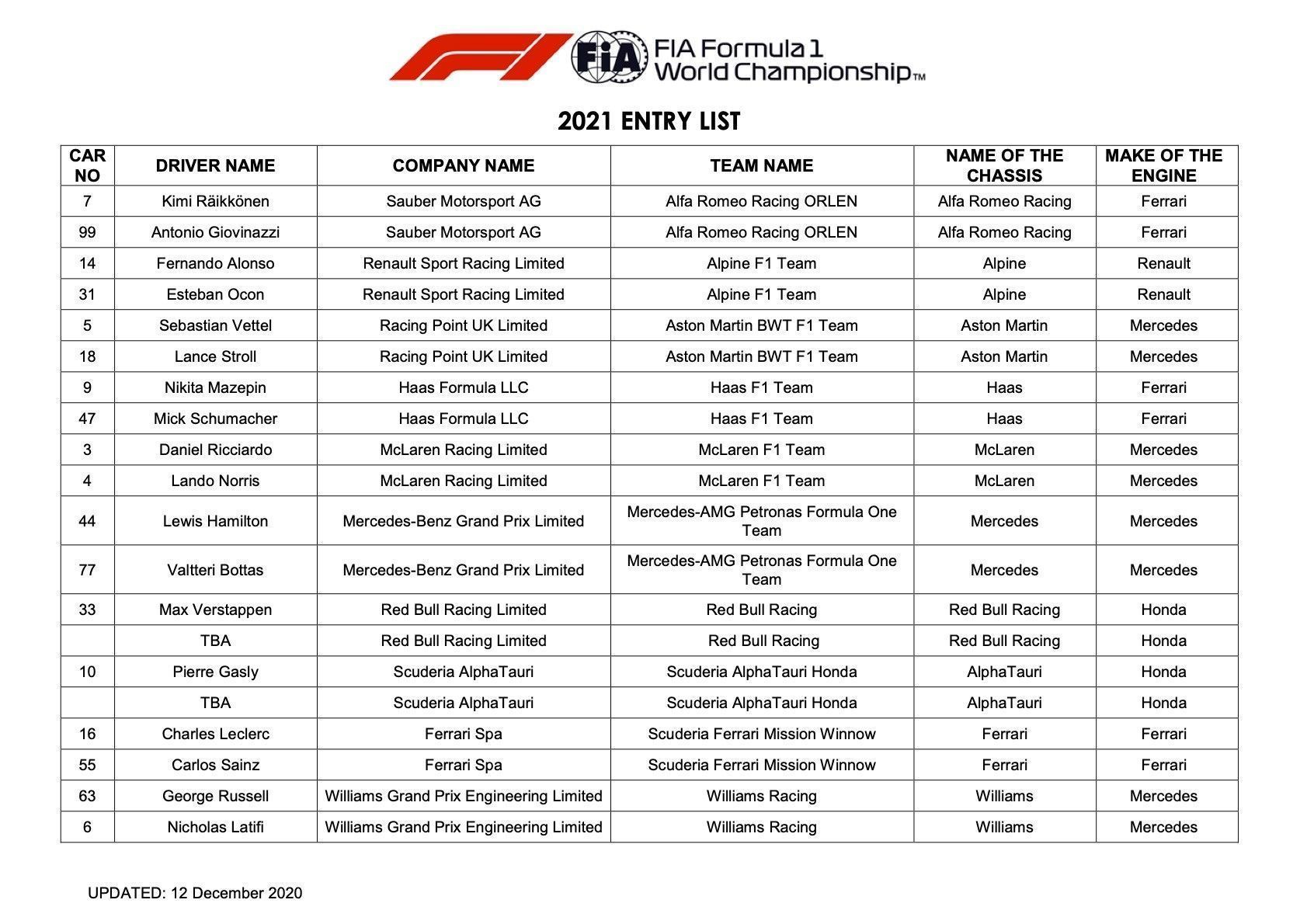 Elsewhere, BRDC President, David Coulthard broke the news on naming Silverstone’s pit straight to ‘The Hamilton Straight’, in honour of the British F1 driver’s achievements and work. It is the first time that the circuit has bestowed such respect for a driver.

“I was delighted, in my capacity as President of the BRDC, to share this news with Lewis,” said Coulthard. ” It is the first time in Silverstone’s history that a part of the circuit has been named after any individual. Lewis has become a huge part of this history and the directors of the Club and I felt there was no better way to mark this than to re-name the iconic pits straight in recognition of his record-breaking achievements.”