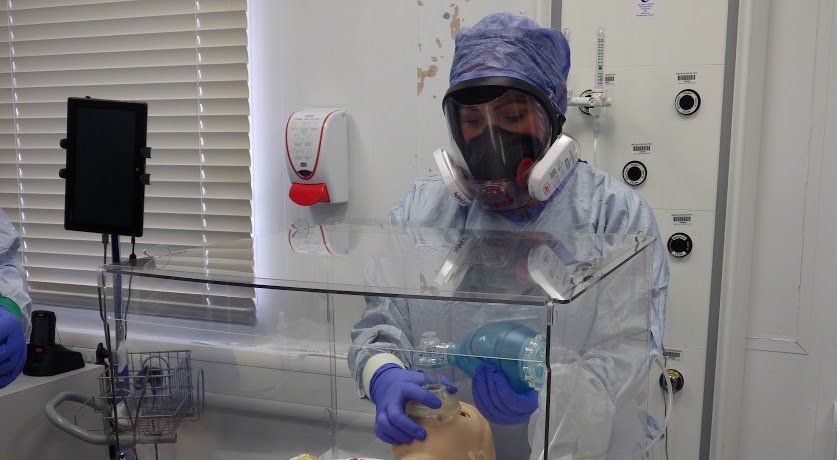 Following Daniel Ricciardo’s run on Tuesday, Ocon had his chance in the 2018 Renault F1 car to complete the two-day test at Red Bull Ring – the venue for Austrian GP – undertaken by the French manufacturer to prepare for the 2020 season.

They ran the all-black test livery on R.S.18 as Ocon completed a total of 143 laps. Interestingly, Renault Academy Driver and F2 racer Christian Lundgaard was also present at the circuit, not just on Tuesday but also on Wednesday.

While Renault had a complete test run with Ricciardo and Ocon, Racing Point undertook a filming day with Stroll at Silverstone. The Canadian got the chance to drive the current F1 car but limited to just 100 km and that too on Pirelli demonstration tyres.

The team used the national configuration of the Silverstone circuit and completed the running early in the day due to bad weather. Racing Point noted that they adhered to all the safety protocols in order to save its team members from COVID-19.

Aside from the track run, Renault also revealed details of the new type of aerosol shield it prepared – named as ‘Oxford Box’ – along with Oxford University Hospitals (OUH) NHS Foundation Trust. It is to be used in four of its hospitals treating COVID-19.

Renault used its CFD knowledge played a significant role in its development along with University of Oxford’s Oxford Simulation, Teaching & Research. It weighs about 7kg, easy to stored/sterillesed and can be swiftly re-allocated in an emergency need.

After extensive trials, OUH approved the use of Oxford Box at the John Radcliffe, Churchill and Nuffield Orthopaedic Centre in Oxford, and the Horton General Hospital in Banbury. A prototype paediatric version of the device is currently being assessed.

Cristiana Pace said: “The STC network, and Silverstone Park, is a great source of expertise especially during the pandemic, when many of its members looked at ways to reconvert their businesses to help with challenges generated by COVID-19.

“The problem-solving skills and agility of our industry, combined with the clinical knowledge and expertise of Oxford University Hospitals, resulted in a cost-effective state-of-the-art solution, able to keep clinicians safe during their invaluable day-to-day work. One Group Engineering and Renault DP World F1 Team were both instrumental in achieving this result in such a short timeframe.

“As well as looking at the ergonomics and conceptual design, we are planning on assessing and reducing the carbon footprints of this product, underlining our responsibility to transition to circular economy.”

One Group founder Ron Hartvelt added: “Most of our work has previously been automotive and motorsport, so it’s been fantastic engaging with OUH and OxSTaR to develop the Oxford Box medical device.

“In terms of understanding the challenges, design innovation and prototype delivery I believe this project demonstrates just how powerful the motorsport approach can be. It’s been an exciting and rewarding project and medical is certainly a sector that we would like to continue to apply our skills to.”

And finally, Renault DP World F1 Team’s Head of CFD, Paul Cusdin, stated: “We modelled the speed, direction and air flow as we would in F1 and were thus able to advise the best placement, size and shape of the box to take its protection level to near 100% for the treating medic.

“The models were complex to establish, but by applying the principles we would do in developing a car, we were able to improve its protection and condense development from months to weeks.

“F1 is once again proving its capacity to apply its thinking, technology and processes in speeding up the help we can give to those in genuine need. I hope this will be yet another tool in the ongoing fight against COVID-19.”

Here’s how Daniel Ricciardo did on Tuesday

Here’s the team selling masks in charity for COVID-19