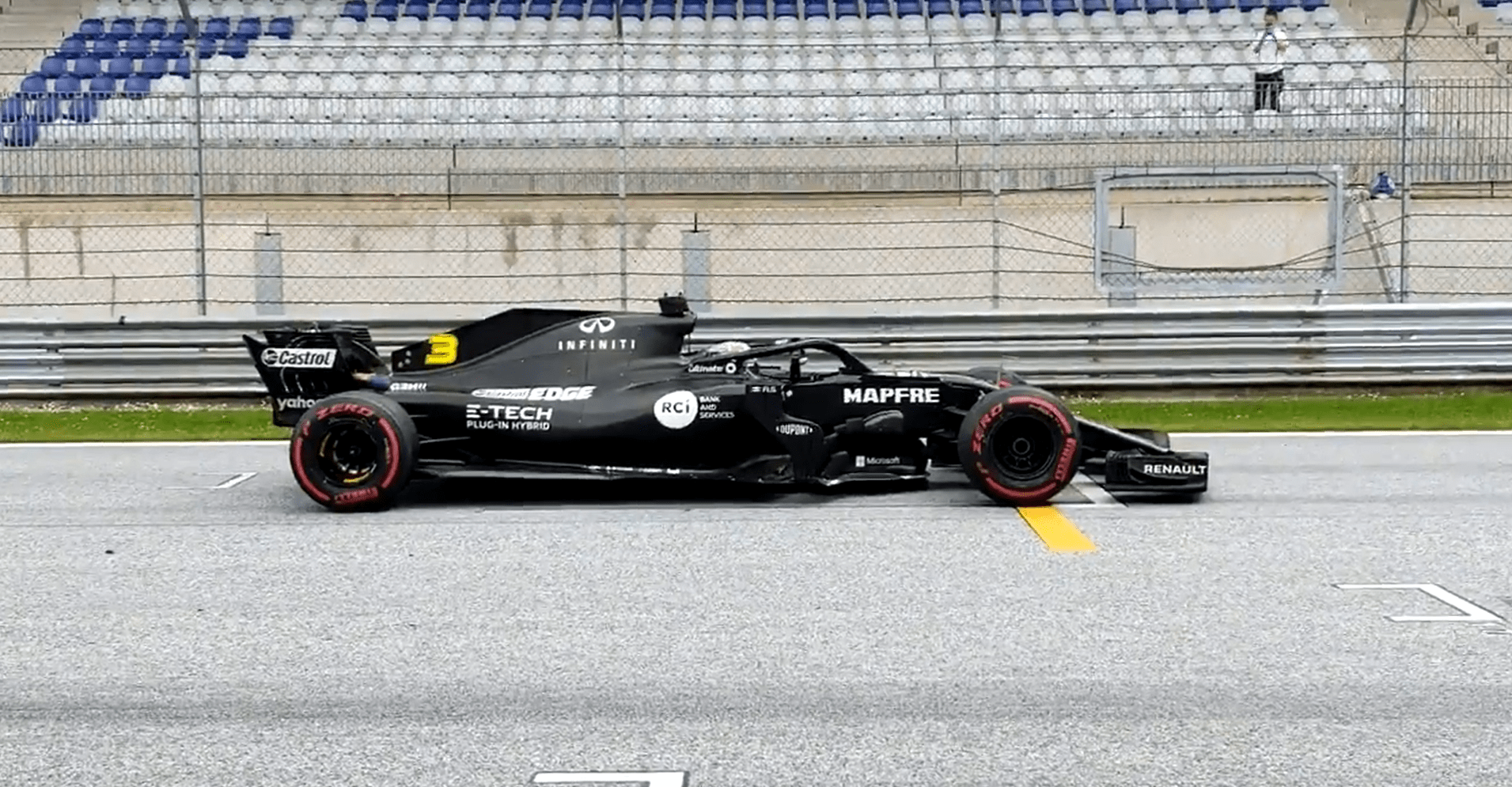 Renault used its all-black testing livery on R.S.18 – the 2018 F1 car – with Ricciardo completing 115 laps in all at Red Bull Ring circuit, the venue for the 2020 F1 opener. The team became the second one to have a track run after Mercedes.

The German outfit had its two-day F1 test with Lewis Hamilton and Valtteri Bottas at Silverstone earlier in the month, in order to prepare for the 2020 season and also get through the new safety protocol set by the sport for COVID-19 pandemic.

Renault is using their test team, which generally works during showruns, instead of its proper F1 race team. Ricciardo got the first chance on Tuesday (June 16) with Esteban Ocon to have his time on Wednesday (June 17) to complete the running.

The primary goal for Renault is to get the F1 drivers upto speed in this two-day running, as with them using their test team, it means, the race team will only get their first taste of the new protocols while preparing for the FP1 of Austrian GP.

Post the run, Ricciardo stated: “Remembered what driving fast felt like today. It was fun. Cool. Alright. Cya later.” His next run will be at the same venue during FP1 of Austrian GP.

Here’s the team selling masks in charity for COVID-19