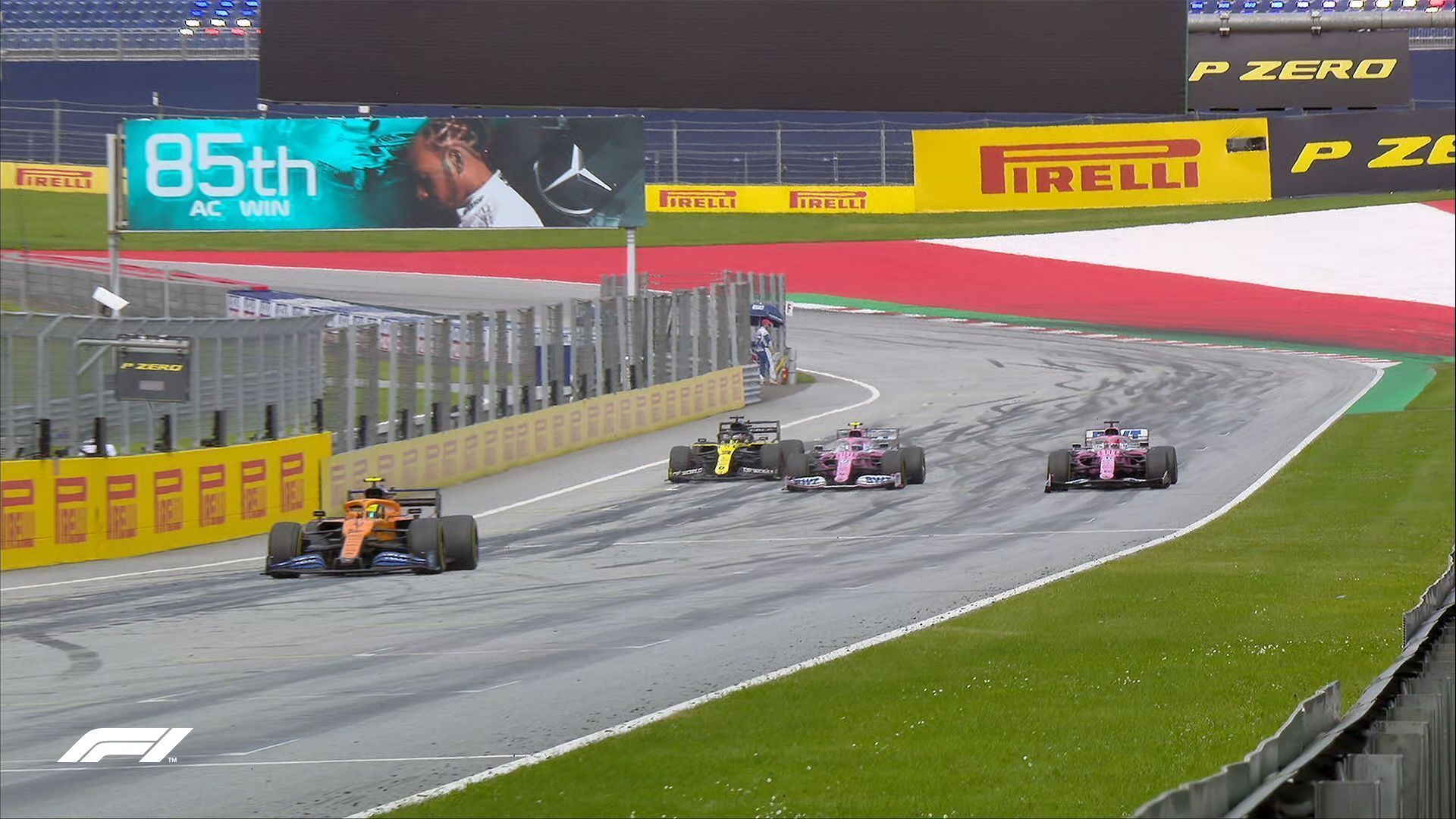 McLaren’s Lando Norris revealed that he bettered his race craft over the break, while he and Carlos Sainz added on their respective F1 Styrian GP.

The 2020 F1 season has thus far been a turnaround year for McLaren’s Norris. In 2019, he was very much a strong force within McLaren, but he still failed to match the performance and results of his more experienced teammate Sainz.

However, in the two F1 races to have taken place this season so far, he has bested the Spaniard on both occasions. The first round saw him finish on the podium after a stellar final lap got him within the margin of Mercedes’ Lewis Hamilton’s penalty.

In the second round – dubbed the F1 Styrian GP – another excellent set of final few laps allowed him to secure fifth position after he overtook Renault’s Daniel Ricciardo and Racing Point duo Lance Stroll and Sergio Perez on the line.

Detailing his journey to these final few laps, Norris revealed that he put in work in the F1 off-season to develop his race craft. This likely helped him to be able to extend the life of his tyres – something he says was crucial to finishing as highly as he did in a race that he stated may have been one of the best of his career.

“It was very enjoyable, especially those last few laps,” said Norris. “The first stint I didn’t like because we were in a DRS chain and couldn’t do anything but I went much longer than we thought would be possible on the softs, lap 45 or so, and that played into our hands perfectly coming on to the mediums.

“I had much better pace than everyone else around me, so I think it showed how much of a difference being in dirty air versus being in clear air makes,” said Norris, who went on to speak more in-depth on the drama of the F1 Grand Prix’s closing stages.

“Getting by Ricciardo when he and Stroll went wide at Turn 3 was lucky. They were fighting and I was hoping for that. I had to brake a lot and I had much better slipstream from Stroll and made the most of it. I was a bit nervous about what was going to happen here.

“I got to Turn 4 but I lifted out as I didn’t have the most confidence of where I was going to end up and get squeezed on the exit so I took the safer option of backing out. I waited for the next half a lap and made the most of my tyre and slipstream and DRS and it worked out perfectly.

“We got a bit lucky with Perez in the final corner and I would say this concluded one of the best races of my F1 career so far. Regarding my performances, the races were not one of best points last year and they were one of the things I worked on during the winter.

“To see those improvements on track, it builds the confidence. I look forward to the next few races but I think we have to be ready for an even more difficult and tough weekend,” stated Norris, who added that his chest pain was negated by the adrenaline of racing as he admitted to surprise being third in the F1 drivers’ championship.

Sainz, meanwhile, explained that his F1 race was lost in the pits after a bad stop that derailed his grand prix entirely. “We missed out on big points after a problem at the pit-stop,” he said. “The first part of the race we were running P5 with a solid pace and managing the gap to the cars behind.

“Unfortunately, we had a bad pit-stop, which meant we came out of the pits in the middle of traffic. I had to push too hard too early to try to recover the gap, and that drained my battery and ultimately compromised my tyres for the second part of the race.

“One of those days when nothing goes your way. Time to turn the page and come back stronger, but we missed out on a good P5 today. We win and we lose as a team,” summed up Sainz, who had solace in getting extra point for fastest lap in the race.

Here’s video of the last two laps from Norris: https://www.formula1.com/en/video/2020/7/Styrian_Grand_Prix__Lando_Norris%27s_incredible_last_two_laps.html